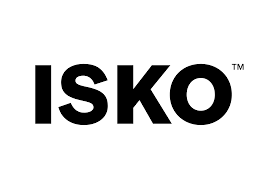 ISKO DENIM  @iskodenim
The new Blanche collection made with our sustainable R-TWO™ fabric. Learn more about ISKO and sustainability on our… https://t.co/gCb74WIDti
reply retweet favorite

The ingredient brand inside the best jeans

ISKO, a brand of Turkey's Sanko Group, is the world’s largest producer of denim fabric, with 250 million meters of fabric a year. It says it "creates the soul of jeans, the essence of the most popular fashion style that has become universal." It is a great example of building an ingredient brand, in a way that the premium ingredient enhances the core brand.

Performance: ISKO™ is the denim specialist, all fabrics are characterized by an advanced technology and the deeply-rooted care for quality, during all the integrated production from yarn to finishing processes.

Innovation: ISKO™‘ mission is to always keep in touch with the latest trends and also to anticipate times. ISKO™’s research centre is certified by the Turkish government and it consists of more than 25 textile engineers, specialists in creating new denim products.

Green: ISKO™ has a strong eco-commitment, backed by sustainable production. 10% of new ISKO™ fabrics are produced from recycled materials, a filtration and treatment plant to clean water is used in the manufacturing process, to redirect the water for other industrial and household purposes.

ISKO™ is part of the SANKO group, a multinational holding company characterized by a solid and well-established presence in the textile industry, which has invested much in cutting edge technology for its textile division. SANKO holding is strongly committed to research in the renewable energy field and to environment-friendly procedures.

Here is an extract from a recent article by Fashion Network:

Turkish denim manufacturer ISKO doesn’t stint on resources, and it isn’t shy in promoting its extensive denim expertise while highlighting responsible production: sometimes it goes for glamour, teaming up for its latest collaboration with Ukrainian designer Ksenia Schnaider; other times for innovation and inspiration, as with the interactive Denim Sound Textures exhibition it presented at Milan Design Week in mid-April. FashionNetwork.com recently had the opportunity of travelling to Turkey to learn about the know-how of what is one of the world’s largest denim producers.

The Uludağ mountain, ancient Bithynia’s Mount Olympus, sketched its soft snowy contours on the horizon. Our van climbed to the top of a low-lying mountain pass, then the two-lane road plunged down to the small Anatolian town of Inegol. Isko’s headquarters are located in the town’s industrial area.

Inegol is a far cry from Bursa, the ancient capital of the first Ottoman sultans with its spas and historic old town, an hour’s drive away. And even further from chaotic Istanbul, with its history and futuristic buildings. After the 2.6 km-long Osmangazi suspension bridge across the gulf of Izmit was inaugurated a few months ago, Turkey’s economic capital is no more than a few hours’ motorway drive away, but Inegol still seems very distant from the hustle and bustle of Istanbul.

With its enormous warehouses, industrial chimneys and HGV parking lots, the town’s industrial area doesn’t seem to have joined in Turkey’s race for modernity. And yet, it is in Inegol that Isko recently opened its new, entirely automated warehouse.

An ultra-mechanised site where the air is hard to breathe

The 40-metre-tall building doesn’t have a single window. Inside, it looks like a spaceship. There is no lighting except for blue neon, as a silent, seven-armed automated picking machine navigates amidst the vertiginous rows of shelves occupying the 80-metre-long and 45-metre-wide warehouse. There are no people here. Everything is automated and digitalised.

Depending on the order, specific rolls of denim weighing several hundred kilos each are machine-picked from one of the 128,000 locations in the warehouse, and shifted to a conveyor belt which places them, through one of four bays, directly onto a lorry. Humans can enter the building, of course, but they cannot stay inside for long. Oxygen content is limited to 16.4%, to minimise the risk of fire.

“It is a major investment, which enables us to improve our reaction time, responding to the expectations of brands that want to react quickly to market trends, and to the needs of e-tail players too,” said Rosey Cortazzi, Isko’s global marketing director.

Isko was founded in 1983 and is part of the giant Turkish conglomerate Sanko, owned by the Konokoğlu family and based in Gaziantep, eastern Turkey. The company wants to become a benchmark player on the world of denim. Besides catering to established jeans brands, it is keen to appeal to more generalist fashion labels. Isko’s general manager Fatih Konukoğlu and his staff invited about 50 designers and sourcing managers from brands across Europe and America to their ‘360’ workshop. A visit to the brand-new logistics hub was one of the workshop’s high points.

Isko’s entire manufacturing operations are based in Inegol, in two huge plants where the company says it works eco-responsibly and ethically with its 2,500 employees. It recently joined the international Textile Exchange organisation, adopting the latter’s recommendations in terms of ethical manufacturing, and is now keen to showcase its know-how, from textile engineering to washing advice.

Baris Ozden, in charge of product development, gave an introductory presentation on the denim industry, notably explaining the main technical ‘trends’. “It depends on the end-product you’re looking for. Vintage-style and baggy jeans sparked a renewed interest in open-end cotton thread, which was widely utilised in the 1970s. Nowadays, 95% of the thread is of the ring-spun type, though in the last two years we have seen an increase in demand for open-end thread,” he said.

The thread is dyed before weaving. Ozden provided a little more history to explain the process. “When Levi Strauss first developed its denim fabric for miners’ clothes, it used right-hand 3/1 cotton twill. Lee used its signature left-hand twill, which gives a fluffier feel. Then Wranglerintroduced its own technical innovation, the broken twill. Nowadays, 3/1 right-hand twill is the most widely used.”

We were then able to follow denim’s progress along the production line. In the first step, the cotton, whose provenance is certified, is transformed into yarn. A vast room houses rows of roll-stands on which spools are installed. The cotton fibre forms a yarn which is stretched for a length of several metres before giant machines roll it onto huge spools.

The spools are then moved to a second room. We had to negotiate an air-lock and pass under a panel stating that the factory has been incident-free for nearly two months, before getting a glimpse of the monumental machinery that ‘swallows up’ the yarn. The dyeing process takes place along two production lines, more than 10 metres high and some 40 metres long.

“We prepare the yarn for dyeing,” said a production manager ensconced in a control room where two operators were monitoring an array of sensors. “Here, we verify the yarn’s speed, as well as the dye baths’ temperature and their pH,” he added. Up to fifteen 500 kg rolls can be dyed at the same time. At full operating capacity, the machines function 24 hours a day. An operator is tasked with regular checks on the process, which is otherwise entirely automated. The untreated yarn darts off at a speed of 24 metres per minute, plunging into eight indigo baths.

In order to fix the colour, the yarn is immersed in a bath for 19 seconds, then exposed to the air for another 19 seconds. As the yarn emerges from each successive bath, the colour becomes increasingly intense.

“Quality is regulated and yet, despite everything and with the same yarn measurements, we don’t obtain exactly the same end result in winter and summer,” said Ozden. “To achieve a specific result, the yarn can be immersed in a sulphur bath. Depending on whether the bath comes before or after dyeing, the result is different.”

As the yarn comes out of the machine, it continues its progress and, having assumed a blue colour, it is then deposited into huge baskets.

Human intervention begins from the next step of the process.  About 20 workers, each at their own machine, introduce the dyed yarn into a contraption that looks like a huge comb, which cleans and rolls up the yarn at a speed of 300 metres per minute. The rolls are then sorted and prepared for weaving.

The operation takes place in the production unit’s second building, a two-floor plant about 10 metres away from the first. As you climb to the first floor, up a spiral staircase, it is advisable to wear ear plugs.

The noise was infernal inside the clean, open-plan space, where 30 weaving looms were transforming the yarn into blue fabric. To communicate with the production specialists, you needed to use gestures, though when we visited, only a very small number of the 1,500 looms housed in the building were operating. Despite the fact that during our visit at a quiet period Isko was exploiting only about 60% of its denim production capacity, more machines are due to be installed, as the company has approved an investment for 500 additional looms.

They will enable Isko to produce other types of textiles, like Arquas, a fabric used by activewear brands, and the Isko Vital fabric. It relies on government funding for part of its technology investments.

We then moved to the lower floor, somewhat similar to a place of worship. The ceiling is very tall, supported by huge concrete pillars and with skylights through which natural light streams in. It is the area where quality controls are carried out. The operators scrutinise the fabric, which is stretched out and rolls upwards, looking at sections of it under spotlights, while the rest of it is in semi-darkness. They check for imperfections in the denim, classifying the batches according to a four-point assessment system.

Any 100 m2 fabric batch scoring less than 18 points is classified as premium quality. Speaking to the ready-to-wear labels’ representatives visiting on the day, Isko emphasised its focus on quality, alongside the ability to handle both small and large order volumes.

More than simply an expert denim manufacturer, Isko wants to come across as a fully fledged denim specialist. For example, its staff are available to advise and support clients on styling issues. It has a ‘creative room’ offering a range of new designs and, as emphasised by Moreno De Angelis, in charge of Iskoteca, the department which oversees its denim and washing archives, it also has a thorough knowledge of the washing process.

Speaking to an audience of interested professionals, De Angelis presented the range of washings and finishings offered by the firm. And it told the audience about new developments heralded as ‘ecological’. “Each denim manufacturer has its own machinery and its specific expertise. I recommend you analyse various solutions based on your needs. For example, laser processing requires a large amount of electricity to create small wear streaks, which a worker can make by hand in just a few minutes. Is it interesting then?” said De Angelis, who also encouraged brand representatives to brief their designers on the possibilities offered by denim: “Don’t buy a fabric to process it and then wait for the end result. Select the fabric based on the final look you’re aiming for. You will save on chemicals, and save money.”

Suggestions that will resonate with a number of labels, and which should enable Isko to keep its Turkish site busy, producing 300 million metres of finished material per year, about six times the Earth’s circumference.