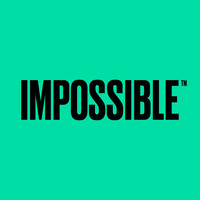 Impossible Foods  @impossiblefoods
@noodlescompany We got you. Impossible™ Chicken Made From Plants is now available at @noodlescompany nationwide.… https://t.co/0NkFWaebOx
reply retweet favorite

Can a burger save the planet?

Impossible Foods develops plant-based substitutes for meat products. Founded in 2011, and headquartered in Redwood City, California, the company's stated aim is to give people the taste and nutritional benefits of meat without supposed negative health and certain environmental impacts associated with livestock products. The company researches animal products at the molecular level, then selects specific proteins and nutrients from plants to recreate the experience and nutrition of specific meat products.

“Together, we’re transforming the global food system by creating better ways to make meat, dairy and fish without using animals – delicious, good for people, and good for the planet. Our approach: understand what people love about meat dairy, and fish, and then explore the plant world for specific ingredients that recreate those experiences.

In 2016, we launched the Impossible™ Burger: meat made from plants, for people who love to meat. Founded in 2011 by Pat Brown and backed by top-tier VCs and visionaries, we’re looking for the very best scientists, engineers, food developers, and business professionals in the world to join our creative, diverse, multi-talented and mission-driven team. We’re here to secure a sustainable future (and have fun while doing it). Come work with us to change the course of history.”

Pat Brown is a geneticist on a mission to rid the world of animal foods. In 2009 he took a sabbatical from his academic career to reflect on how he could make a bigger difference to the world. He decided that the environmental change was most profound, and he could add more value by focusing on the use of animals to make food. Beef farming, more than any other type, has caused huge destruction to rainforests, and the animals themselves significantly add to the world’s carbon emissions. He organised a conference on “the role of animals in a sustainable global food system” and resolved that the best strategy would be to create a product that competed against animal foods commercially.

“Why does meat smell, feel, cook and taste like meat?” he challenged his small team of scientists. He believed that the answer lay in heme, the iron-containing molecule in blood, a component of haemoglobin. He started exploring how he could source the molecule in alternative ways from nature. The answer lay in the roots of clover. And from that moment in 2011 he set about launching Impossible Foods. 5 years later they launched the Impossible Burger, a burger that looked, smelt, sizzled and tasted just as good as a traditional beef version. Even better when you consider its wider impact on the world.

In 2016, the World Economic Forum named Brown a Technology Pioneer for his design, development and deployment of new technologies and innovations “poised to have a significant impact on business and society.

“The mission of Impossible Foods is very simple. It’s to completely replace animals in the food system by 2035.”