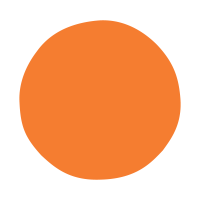 Headspace  @headspace
@treload We're sorry you're still having trouble. If you ever have any questions or need assistance with anything y… https://t.co/LjZEDWMfBs
reply retweet favorite

Headspace  @headspace
@CoplandClaire Our apologies for the delay! If you've sent an email our team will be getting back to your shortly.… https://t.co/hgpRNN9asb
reply retweet favorite

Headspace  @headspace
@hyblinxx We're so sorry for the trouble! If you haven't already please make sure to send support a DM or note at h… https://t.co/2b1KHXiLzw
reply retweet favorite

Headspace  @headspace
@GuyMagen That's a great question! Unfortunately, that isn't a feature we have currently but that might be somethin… https://t.co/Iy2VALr08x
reply retweet favorite

Headspace was created with one mission in mind: to improve the health and happiness of the world. Reaching more than 65 million users in 190 countries, Headspace was one of the first meditation apps in the world and remains a leader in mindfulness and mental training.

Headspace, founded in 2010 and based in Santa Monica, Los Angeles, says that it is committed to advancing the field of mindfulness through clinically-validated research, with one of the largest research pipelines of any digital health and wellness company.

The company operates a B2B business (Headspace for Work) to offer its mindfulness products and services to more than 700 companies, such as Starbucks, Adobe, GE, Hyatt and Unilever, to help them build healthier, more productive cultures and higher performing organizations. It also supports government entities like the UK’s NHS to offer digital mental health tools.

It partners with many of the world’s most-recognizable brands, including Apple and Amazon, as well as with Nike, NBA and the U.S. Women’s National Soccer Team to offer sport and movement content. Headspace Health is Headspace’s digital health subsidiary pioneering new ways to incorporate the Headspace mindfulness experience into digital medicine.

Headspace has been recognized by Fast Company as one of the World’s Most Innovative Companies, Apple’s Best of 2018, Samsung’s Best of 2019 and one of CB Insights’ top digital health companies, along with being selected for five Webby Awards in health and fitness between 2018 and 2019.

Andy Puddicombe and Richard Pierson, co-founders of meditation app Headspace. In an extract from a BBC interview they talked about their journey:

It was a series of tragedies that sent Andy Puddicombe’s life onto a completely different path. When he was 22, Andy was standing outside a London pub when a drunk driver ploughed into a group of his friends, killing two of them. A few months later his stepsister died in a cycling accident, and then an ex-girlfriend passed away during surgery.

Andy was doing a sports science degree at the time, but amid the grief he dropped out. Seeking a complete life change, he decided to travel to the Himalayas to train as a Buddhist monk. He ended up spending the next 10 years as a monk, which took him all over Asia, and involved him meditating for up to 16 hours a day.

He says that the meditation helped him come to terms with everything. “It gave me a shift in perspective – it taught me to focus less on oneself, and instead bring greater happiness to others,” says Andy, now 46. His friends and family however, were a little shocked and worried. “None of them really knew what to make of it. But despite this they were incredibly supportive and encouraging.”

In 2005 Andy returned to the UK to set up a meditation business, but it still wasn’t a widely-appreciated practice in his home country at the time. “Some people were put off by the language behind meditation, or saw it as a bit of a hippy thing to do,” he says. “It was quite inaccessible. People didn’t have time for it, or know how to do it.”

Setting up his own small private practice in London, Andy taught burnt out professionals how to use meditation to help them in their daily lives.

Today he and his co-founder Richard Pierson, 38, run popular meditation app Headspace, which has been downloaded more than 54 million times around the world, and has annual revenues said to be more than $100m (£82m).

Back in 2005, Richard was one of the struggling professionals who booked an appointment with Andy. After university Richard had gone into the advertising industry in London. He had risen quickly through the ranks, but it had taken its toll.

“When I met Andy I was pretty desperate,” says Richard. “I had continuous social anxiety, and that was very challenging. I didn’t have a friendship group where I could be open with them about these pressures.

“After the first session it highlighted how many thoughts I had in my head, and just how manic my life was – I found it exciting that there was a pathway.”

Once Richard realised how much he benefited from the meditation, he decided that he wanted to go into business with Andy, to help spread the word.

“It was very much a skill swap,” says Richard. “He taught me meditation, and I came up with a bunch of ideas for him on how to make him more visible. I just thought it was such a shame that he was in a room on his own.”

By 2010 they were doing events around the UK, where they would talk about the benefits of meditation, and even do group meditation sessions.

Using this money, and help from friends, they created the first version of their Headspace app that year. Users could choose from a number of 10-minute guided meditations to follow.

Striking lucky early on, the UK’s Guardian included a Headspace booklet in every newspaper one Saturday, while airline Virgin Atlantic added bespoke Headspace meditation content to its planes’ entertainment system. This led to a growing number of people downloading the app, which today costs £9.99 per month.

Andy, who is the voice of the app, says: “In the early days it was just us, no one would give us any more money, so we’d just ask for favours from all our friends.

“One of our friends gave us a recording studio for free, and another an office for free. Some people really believed in what we were doing, and took pay cuts to come and work for us – we’re so grateful for that now.”

In 2013, Richard and Andy decided to move the business and themselves from London to Los Angeles, where their headquarters has been based ever since.

“It is not that we didn’t love London,” says Andy. “But both of us dreamed of living in California and having a more outdoorsy lifestyle – we love to go surfing and hiking, and it suited our families too.”

Largely self-funded at the beginning, Headspace started to take investment from 2014 in order to expand the app and business. It has now secured more than $75m of external funding, but Andy and Richard still own a majority stake.

Whereas at the start they’d both been involved in everything, as they started to grow they took on different roles. Richard became the chief executive, looking at the management and overall running of the whole company and its 300 employees.

Andy’s primary job is to still focus on expanding the app, and being the voice. But does it ever get recognised when he is out and about?

“People will normally recognise my voice in an airport or a restaurant,” he says. “[And], my dentist couldn’t work it out the other day. It wasn’t until we started talking about meditation, and I realised that she used Headspace, that I could see in her eye that the penny had dropped.”

Neil Seligman, author of books on meditation, says that Headspace has “led the mindfulness revolution in the digital space”.

“The genius of Headspace was to take something as difficult and nuanced as teaching mindfulness meditation, and break it down into bite-sized, snackable videos, audios and practices,” he adds. “This is how they transformed the industry and penetrated the global market.”

But Headspace isn’t just an app. The company has more than 300 business clients, such as Google, Linkedin, General Electric and Unilever, for whom it helps managers and staff meditate. It also works with US universities including Harvard and Stanford, and the UK’s National Health Service, on studies into the health benefits of meditation.

Andy still meditates every day, albeit less than the 16 hours of old. Richard also makes time for it. “We both practise meditation every day,” says Richard. “We do really believe in it and that’s important for the team and anyone that downloads the app to know.”