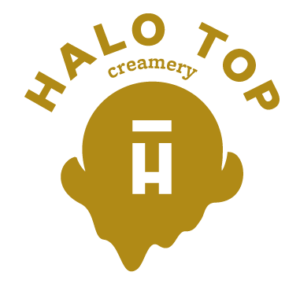 Halo Top  @halotopcreamery
@Nattyhen80 Thanks for reaching out! Could you send us a DM?
reply retweet favorite

The Healthy Ice Cream from California

Can ice cream ever be healthy? Halo Top Creamery is attracting more ice cream lovers with a promise of lower calories and less guilt. Time magazine named it one of the best inventions of the year. Over the summer of 2017, it also became the best-selling ice cream in America, beating big names like Ben & Jerry's and Häagen-Dazs.

Justin Woolverton, the founder of Halo Top ice-cream, has heard the question before. Asked whether Unilever has tried to acquire the low-sugar, high-protein brand that has enjoyed explosive growth in the US, he sighs: “I think we’ve been approached by every major player and every private equity firm in the US, to be honest with you.”

Unilever considered paying $2bn for the five-year-old company, according a New York Post report this month. The reason for all the interest is that Halo Top sales grew 2,500 per cent year-on-year in 2016; it has taken a 5 per cent scoop of the US ice-cream market within two years. That rate of growth is enough to make multinational food producers choke, given annual sales growth was languishing at an average of 2-3 per cent last year.  “I’m not sure a food company has grown faster in recent history,” says Mr Woolverton. “So it’s been a lot of holding on to the bucking mustang or whatever the metaphor is there.”

Halo Top’s big selling point is that a whole tub contains 280-360 calories — roughly a third of an equivalent pint of Ben & Jerry’s or Nestlé’s Häagen-Dazs. The calorie count is displayed in big numbers at the centre of its gold-rimmed, Instagram-friendly packs, which also highlight its protein content.  This means consumers can scoff a whole tub of caramel macchiato or pancakes and waffles ice-cream for the calorific equivalent of a chicken sandwich.

Halo Top cuts out sugar and sweetens with stevia, a sweetener from a leafy shrub used increasingly in everything from “sugar” cubes to fizzy drinks. The ice cream also contains erythritol, a no-calorie sugar alcohol which adds texture. Both ingredients can be called “natural”.  There is milk, cream — and air. That might not be to everyone’s liking but when a science journalist for GQ magazine wrote about eating nothing but Halo Top for 10 days — and lost 10lbs in weight — sales started to rocket.

“We didn’t even know that article was coming, we never would recommend anybody do that,” says Mr Woolverton, who got the idea for the business from concoctions made in his Los Angeles kitchen when he was a bored lawyer. By August, Halo Top’s pint-sized tubs were outselling Ben & Jerry’s and Nestlé’s Häagen-Dazs for the first. In the three months to August 6, it had sales of $86.9m against, respectively, $83m and $79m according to IRI, the market research group.

Then over the summer of 2017, Bouton heard from a stranger offering to help. Matt Fulbrook, a former sales director for Ben & Jerry’s in the UK, sent him an email, asking if Halo Top had thought of expanding to the UK. “We are a team of three ice cream guys with over 50 years collective experience within the UK ice cream sector . . . and know there could be an opportunity here for you,” Fulbook wrote. Within weeks, the two had met and signed a deal under which Fulbrook’s company, Brand of Brothers, would help Halo Top expand to Europe in exchange for a commission on sales.

That connection enabled Halo Top to obtain UK distribution quickly. Tesco was the first to sign up, and by the fourth quarter of 2017, eight other customers, including supermarkets Sainsbury’s. Morrisons and Asda, had also agreed to stock the ice cream. On the branding side, Halo Top knew it had to tailor its advertising and marketing for a British audience or risk not connecting with consumers as it had in the US. “Our brand’s voice has to be authentic and genuine — the antithesis of the big corporation or conglomerate,” says Bouton.

Halo Top hired local staff and ad agencies, and produced an ice cream flavour called Lemon Wedding Cake: a homage to the choice of Meghan Markle and Prince Harry for their wedding cake last year. Halo Top’s efforts appear to be paying off: in its first year on the market, the company recorded UK sales of £20.2m, according to IRi. The group found a contract manufacturer in Germany, which will soon start making the ice cream that is sold in continental Europe, replacing stock currently shipped across the Atlantic. Halo Top has also started selling in the Netherlands and Germany.

“We’re in 12 countries right now,” says Bouton. “If we wanted to, we could double that quickly, but we want to go slower to make sure we do it right.”