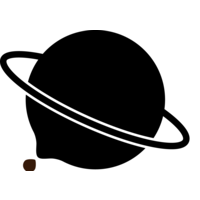 Graviky Labs is a MIT spinoff working in developing cleantech solutions. Graviky captures air pollution and turn it into inks. It has developed KAALINK, a retrofit technology which captures carbon emissions from vehicles or chimneys before it enters our atmosphere. The captured pollutants are then recycled into inks, AIR-INK

Air pollution isn’t something most people like to keep around. It kills around 7 million people annually, according to the World Health Organization.

Most of the black ink we use in pens and printer cartridges comes from burning fossil fuels. To reduce that, and cut existing pollution, Sharma and his team came up with a technology called KAALINK that harnesses one of the world’s most health-­damaging particulates, known as PM 2.5.

The carbon from that pollution is then transformed into a certified-safe AIR-INK pigment that can be used in pens, textiles, packaging and artwork. For now, AIR-INK is commercially available only in marker form. But in the coming months, Graviky plans to launch an online platform for customized printing.

​KAALINK™ is patent pending retrofit technology used to capture air pollution particulate. Depending upon several conditions, the unit captures up to 99% of the particular matter pollution without inducing back-pressure on the engines. ​ It is currently in an advanced prototype stage, and can be designed to fit diesel generators and other fossil fuel chimney stacks, and is presently under testing process and commercial pilots, and available for private demonstrations. The unit works hard to capture outgoing pollutants, and is designed with heat and water-proof electronics and materials.  It can also capture pollution from the ambient air and can be customized for all sizes and use-cases for outdoor pollution capture.

Here is an extract from a recent article in SBR magazine:

Engineer Anirudh Sharma has come up with a creative approach. While walking in Mumbai in 2013, the MIT Media Lab student and “chronic inventor” noticed that the plumes of diesel exhaust emitted by buses and cars were staining his clothing black.

“I thought: what if we could cleverly recycle all this soot that is making the world dirty, and use the pigment to make something beautiful, like ink?” Sharma says.

He formed a startup called Graviky Labs and has spent the past three years developing an exhaust filter that can capture 95% of the carbon soot from cars, generators and ferries and turn it into ink and paint. The result is Air-Ink, the world’s first line of art supplies made from air pollution. Following a successful Kickstarter campaign last month, the startup’s oil-based paints, markers and spray cans are set to ship in June. Sharma is now travelling to smog-choked cities around the world and challenging 19 street artists to create billboards and murals illustrating the effects of carbon waste, starting in London.

Last month, an installation dubbed “the world’s first clean air gallery” appeared in Windrush Square in Brixton, south London, which recently made headlines by surpassing its air pollution limit for the entire year in only five days. The pop-up featured works by artists from five of the UK’s most polluted cities (London, Glasgow, Leeds, Southampton and Nottingham) and used Air-Ink products made from exhaust collected over a five-day period.

A separate hand-drawn billboard by artist Kristopher Ho showing fumes billowing into iconic London landmarks emerged over Shaftesbury Avenue last Monday, and will hang near Piccadilly Circus until 10 April. Other Air-Ink exhibitions and installations are scheduled to follow in Berlin, Singapore and New York until the end of April.

The raw material for Air-Ink is collected through a patented cylindrical device called a Kaalink that fits on to a vehicle’s tail pipe and traps unburned carbon before it is expelled into the air, capturing soot particles as small as 2.5 micrometers across, or a 30th of the diameter of a human hair. Sharma and his team then remove impurities such as metals and carcinogens, grind the purified soot into ink pigment, and mix it with vegetable oil to create bold inks, markers and paints that have Kaalink’s early adopters buzzing.

As part of initial testing for the product, Sharma installed five Kaalinks on Tiger beer delivery trucks in London recently.

“We’re taking something from the street and putting it back into the street in an inspiring and sustainable way,” Ho said. “I went through about 10 to 15 markers on this mural, and when I was running low, the [Tiger beer lorries] just went out into central London to collect more ink.

“I don’t know if it’s the pollution, but the quality of the ink is really special,” Ho added. “It’s pitch black, really thick and dries incredibly quickly. I have some left over and plan on using it again on my other projects.”

The jet-black ink is also remarkably green. Each 30-millilitre pen contains between 40-50 minutes of Kaalink-captured air pollution, while each six-litre spray can holds 2,000 minutes of diesel exhaust. In the past year, Sharma says that his team has cleaned nearly 1.7 trillion litres of air in Hong Kong and throughout India, where Graviky Labs is based, to harvest 770 litres of ink – the equivalent in terms of particulate emissions of continuously driving a standard diesel saloon car for 2.3 years.

Considering that the company has only distributed about 75 exhaust filters to friends and family thus far, it’s an impressive start. Yet Sharma knows that he needs to make the company bigger if he wants a wider pilot scheme – such as strapping the steel Kaalink cylinders to taxis, buses or factory chimneys.

“There’s a massive potential here,” he said. “If each of the 20,000 black cabs in London had our product, we could clean 30 trillion litres of air a year” And if it leads to more art, even better.