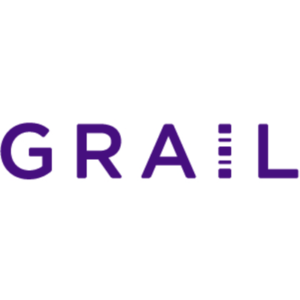 GRAIL  @grailbio
Next week is our first annual summer break for GRAIL employees in the U.S. We value the wellbeing and health of our… https://t.co/H1GkxapUut
reply retweet favorite

GRAIL  @grailbio
Many thanks to our #PRIDE ERG for coordinating events this month celebrating the LGBTQ+ community. We remain comm… https://t.co/HwXk8xFqLL
reply retweet favorite

GRAIL  @grailbio
We announced today that Fountain Health Insurance will offer 100% coverage of @GalleriTest to members as part of it… https://t.co/3vrbZbx0HZ
reply retweet favorite

GRAIL  @grailbio
As we recognize #Juneteenth and the freedom it embodies, it’s a reminder that disparities in cancer screening/treat… https://t.co/5BNh3KpP2O
reply retweet favorite
Load more

To detect cancer early, when it can be cured

There are currently between 14 and 15 million cases of cancer reported globally each year. With such early detection Grail has the potential to save millions of lives in the future – before people even realise anything is wrong.

Grail is a life sciences company whose mission is to detect cancer early, when it can be cured. GRAIL is using the power of high-intensity sequencing, population-scale clinical trials, and state of the art Computer Science and Data Science to enhance the scientific understanding of cancer biology and develop blood tests for early-stage cancer detection.

Grail’s mission is to detect cancer early – even before any symptoms appear. Although not yet fully understood, scientists believe that people who go onto develop cancer initially possess tiny amounts of tumor DNA (ctDNA) in their circulatory systems. If scientists can pick up on this before a tumor develops, the chances of surviving the cancer are greatly increased.

In order to understand this process better, scientists from Grail are collecting vast amounts of this ctDNA data, with the intention of using it to build intelligent prediction models. Once the trials are concluded, it should be possible to develop products which will be able to detect cancer early in asymptomatic individuals, giving people far better odds for being cured.

Effective screening only exists for a few cancer types, meaning most cancer is detected in later stages, when survival rates are much lower. Reliable detection of cancer at an early stage before symptoms appear has the potential to dramatically decrease global cancer mortality.

Investors behind this early-cancer screening project include Bill Gates, Jeff Bezos and genetic analysts Illumina, with total funding currently sitting at $1 billion. The majority of which comes from the $900 million gained in a series B funding round in March this year, with the lead investment from ARCH Venture partners.