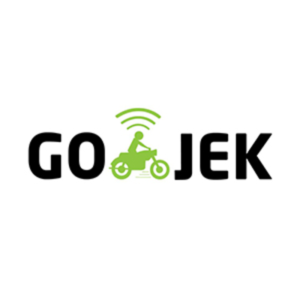 One-stop everything on demand in Indonesia

Established in 2010 as a motorcycle ride-hailing phone service, Go-Jek has evolved into an on demand provider of transport and other lifestyle services.

Go-Jek is Indonesia’s first unicorn is currently the fastest growing start-up in South Asia and the largest in Indonesia in terms of valuation, funding raised and number of transactions.

Go-Jek is one of the fastest-growing and most visible tech startups in Indonesia. It uses previously informal motorcycle taxis — ojeks — to courier, transport and provide shopping services to its users. Instead of heading out into congested streets, people now simply use the Go-Jek mobile app to book a motorbike taxi, order a food delivery or even door-to-door cleaning services, beauticians and masseuses. After partnering with some of Indonesia’s biggest banks, the firm is in the process of making its payment system cash free.

It has partnered with over 300,000 two wheel and four wheel drivers and 5,000 trucks across Indonesia, all of whom, collectively cover an average distance of 7 million kilometres each day.

Go-Jek is now the largest food delivery company in the world outside the China market, and is the equivalent of three Indian Unicorns combined in the transport, food delivery and payments markets. With over 40 million app downloads, Go-Jek’s platform powers the Indonesian equivalents of Indian Taxi Aggregators, Food Delivery Start Ups, HyperLocal Start Ups, Digital Wallet startups and Home Service based startups, all in one, at a comparable scale. Its GO-FOOD business alone does more daily orders than all Indian food tech start-ups combined.

This mobile app service now has some 200,000 freelance drivers, and millions of downloads. Its success is down to the huge congestion in Jakarta. The capital of Indonesia has an estimated population of more than 10 million people and is home to about 18 million vehicles.

The disruption potential is enormous. Currently, the average speed a car can travel across Jakarta is about 8kmh, a situation economists agree is hurting the city’s growth capacity. Business visitors say they usually schedule just one meeting per day as the traffic is too bad to accommodate two. The motorcycle taxis are changing that rapidly.

After undisclosed Venture funding back in 2015 from Sequoia Capital among others, Go-Jek landed $550 million in private equity in August 2016 from a total of 10 separate investors. In 2017 Go-Jek received a huge $1.2 billion in funding from Tencent Holdings, taking its valuation to well over $1 billion. The company now plans to expand across large SE Asian cities and further afield.