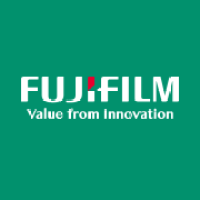 Fujifilm in the UK  @FUJIFILM_UK
We are proud to partner with @LPHconcerts for their concerts at Bedford Park this summer🎶 https://t.co/LaHug7jPc5
reply retweet favorite

Fujifilm in the UK  @FUJIFILM_UK
We long for a peaceful world and safe, healthy communities, and do not condone, under any circumstances, aggression… https://t.co/JfJOPd8L5X
reply retweet favorite

Fujifilm in the UK  @FUJIFILM_UK
It's our birthday! 🎉 On this day in 1934, Fujifilm was founded in Japan to produce photographic film - we are proud… https://t.co/Giel6XZafj
reply retweet favorite

From photography to cosmetics and healthcare

Fujifilm's mantra is "never stop transforming", and as a result has created innovative solutions in a wide variety of fields, leveraged its imaging and information technology to become a global presence known for innovation in healthcare, graphic systems, optical devices, highly functional materials and other high-tech areas.

The Japanese business Fujifilm was founded in 1934 originally as a photographic film maker.

In the 1960s, the company was a regional presence just starting to widen its focus globally and playing a distant catch-up to photographic film leader Eastman Kodak Co. But today, Kodak went bankrupt (filed Chapter 11 bankruptcy protection in 2012, ended in 2013), and on the other hand Fujifilm could overcome the industry crisis attributed from digitisation, and is now continuing to grow by shifting the focus of the management resources from its traditional business to new areas.

Fujifilm has transformed from a narrow photographic film supplier into a diversified company with significant health care and electronic operations.

The traditional photographic film-related business accounted for almost 60% of operating profit in the entire business of Fujifilm in 2000. However, since then, demand for camera film dropped 90% in 10 years as the digital revolution swept the world, and eventually the sales of the photographic film business fell to 1% of the total sales of Fujifilm in 2011; It actually happened only within a decade.

In 2015, the business structure in sales with three core businesses has been largely changed to 14.5% for Imaging Solutions category, 38.3% for Information Solutions segment, and 47.3% for Document Solutions mainly operated by the affiliated company Fuji Xerox.

So how did Fujifilm transform its business so dramatically?

In this segment, the cosmetics category started from 2006 can be described as an instance of how structural reform occurred; Fujifilm entered the cosmetics field, launching its Astalift series of skin-care products in 2007. Since then the company has extended its product lineup beyond the skin-care series to also include base makeup. Astalift continues to grow as a global brand, sold in China, Southeast Asia, and European countries as well as in Fujifilm’s home market of Japan.

It seems that there is nothing in common between photographic film and cosmetics at a glance, but the company set its eyes on similarity in analog film manufacturing technology. Thickness of color photographic film is approximately 0.2mm (the same thickness of human hair).

Collagen used in this 0.2mm analog film requires several functionalities as capability to maintain a long-term/stable quality, retain moisture at the time of development, prevent from losing shape by aging degradation and impact in addition to a capability to hold elasticity; the company held a huge accumulation of collagen technology and also unique technology to manufacture various types of collagen.

Control of collagen is one of the key technologies required in the skincare cosmetics manufacturing process since collagen is one of the main constituents of cosmetic products. Therefore, the company could successfully enter into the cosmetic industry by implementing their knowhow they had on collagen due to a technical similarity between films and cosmetics manufacturing process.

Fujifilm introduced medical diagnostic imaging system with the application of digital camera technology, and also places the system as a core in business development for healthcare field. Since the wave of digitization recently becomes a significant influence in healthcare field, this also can be a field where the company can apply its image processing technology most efficiently as an advantage.