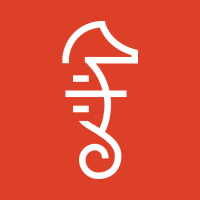 Fatherly  @FatherlyHQ
It’s Your Childhood on the Phone — You Going to Get That? https://t.co/gi6wU8auL5 https://t.co/Ctcw5O9Ngq
reply retweet favorite

Fatherly  @FatherlyHQ
What Is Pitocin and When Is It Used to Induce Labor? https://t.co/0pjzeppEgj https://t.co/tWZjB7vIXX
reply retweet favorite

Where Dad's become Superdads, and still have a life

Fatherly is the fastest-growing parenting site on the web, targeting millennial parents who are entering the most inquisitive and acquisitive phase of their lives. Fatherly has already generated over 1bn video views this year, has been named Oprah's favorite website of 2016 and its success capturing the hearts and minds of young parents has been documented in Adweek, CNN, and others. Fatherly has also been nominated twice by the Webby’s as “Best Parenting Site on the Internet” in just its first year in existence. By focusing on dads as well as young mums, Fatherly’s able to capture both sides of the parenting market, provide differentiated content in a space oversaturated with “Mum” content, and hone in on a key insight that millennial parents increasingly share parenting responsibilities and purchasing decisions.

Fatherly is a parenting resource for men who understand that embracing what they’ve become doesn’t mean giving up who they are. Men who want to be great fathers without turning into cliches. Men who spent their formative years laughing at blogs about dads in short shorts, but who will never, ever wear short shorts themselves.

Fatherly’s mission is twofold: first, we aim to be the most robust source of practical parenting advice on the Internet. With a comprehensive suite of content broken down by your child’s exact age, they’ll provide you info on everything from preparing the home for a baby’s arrival, to transitioning them to solid food, to figuring out what to do with this tiny human being once he or she starts walking, talking, and demanding to be shown a good time.

They don’t stop there. To expand your mind and possibly turn you into a super-dad in the process, they publish next-level stories that take approaches as unconventional as the generation they speak to. You’ll find hide-and-go-seek tips from Navy SEALs, travel hacks from professional explorers, even insider school advice from the former Secretary of Education. And yes, of course, they’ll tell you about the best new toys, so you can spend less time wandering the big box store, and more time getting to know the new most important person in your life.

Here’s more about Fatherly by JWT:

Men say their clothing and fitness becomes more important when they become a dad.

Although the parenting landscape is heavy on female-friendly content, millennials are changing the face of the modern-day family. In fact, a recent Pew Research study shows that fathers have nearly tripled the amount of time spent on housework and childcare since the 1960s. Simon Isaacs, co-founder and chief content officer of Fatherly, a new site launched in 2015 to address millennial fathers, sat down with JWT Intelligence to discuss the site.

How did Fatherly start?

When my wife and I were exploring having kids, we signed up for all the traditional parenting sites: What To Expect, the Bump. None of it was really connecting to me. I’ve built and created a lot of marketing agencies in that space, and stuff over at Coca-Cola. There was this idea that women controlled 80% of all purchasing decisions. It wasn’t reflective of what I was seeing, nor could I actually pinpoint where this information was coming from.

In parenting, that became even more pronounced. Everything was geared toward “mommies,” and brands had “mommy blogger” blinders on, and it was a self-fulfilling prophecy. And yet it wasn’t true. At the same time, a recent report had just come out where 52% of men claimed they were the primary grocery shopper. If you look downstream, the majority of master’s and PhD degree students were women.

The way we were speaking to parents was really off. And I realized what a huge opportunity that would be from a marketing and business perspective, but also from an impact perspective. Part of why we exist is that if you can create the content tools and community at scale, you can shift and shape culture. You can get men engaged even more than they already are, and excited about fatherhood. And if you can do that, you can address gender equity at home and at work.

Every new birth today is to a millennial. This is a generation of people who think very differently about gender norms. It’s a generation of people who have equal interest in parenting, as well as in work. Everywhere I looked, I saw men primarily being the one in the grocery aisle, men walking around the park with their Baby Bjorns. Between that and what I was seeing from media and from brands, there’s something big.

How has the reception been since Fatherly launched?

It is beyond my wildest dreams. We had the fastest rise of profitability of any digital media company ever. Last year I had 1.9 billion video views on our Facebook videos alone. We’re now the largest parenting site on social media, and we have about 10 times the engagement of every other parenting site, as well as Esquire and GQ.

We’re doing some stuff right. Parenting media, in its digital form, was built around gen X. We’re able to also attract millennial parents. There’s also a truism that women read men’s publications, but it doesn’t go the other way around. So if you want dual audiences, men aren’t going to the Bump. But women are coming to us, though we’re very focused on fathers.

Of course, this is digitally native parenting. This is parenting through Alexa and Facebook. Another area where you see distinction and change is in the workplace. Once you are a parent, you are going to be changing jobs less. You’re not throwing caution to the winds. But this generation of parents is certainly freelancing. They are part of the gig economy more than their parents were. But they also have a core understanding of the realities of raising children, because they are so invested in their kids.

What about outside the workplace? It’s interesting that you also have pop culture and regular news, alongside parenting content.

Our guys still want to maintain their identity, of being a cool guy. In fact, men say their appearance and their clothing and fitness becomes more important when they become a dad. They see themselves with their family, and they want to present them and their family in the best possible way.

What is the average Fatherly reader?

It is 100% all over the map. It is America, in many respects. It is as conservative as it is liberal. They are mechanic and vets, and they are executives and stay-at-home dads and artists. What’s cool about parenting is that in a world that has become more divided, there is this uniting of “dadliness.” And we’ve built a really strong community around that.

Are you seeing shifts in how brands speak to fathers?

Yes, massively. One area is brands that have traditionally engaged moms that realize they missed the mark. Those could be stroller companies, personal care companies, cleaning products, you name it. Today, 80% of millennial dads say that they have a primary or equal share in grocery shopping. So these brands need to start to really reach out to them and engage them. They are coming to us to begin to right their ships.

On the other hand, you have brands that have traditionally engaged men: GMC, Spotify. Now that men are putting families at a higher point in their value set, they’re coming to us to help shape their narrative around fatherhood and family. The Esquire, GQ, ESPN world of connecting with them doesn’t resonate as much anymore. And when they did work with those guys, they mostly captured a male audience.

If you look at the Super Bowl last year, it’s all dad-vertising. What used to be the Father’s Day ad is now kind of everywhere. We’re seeing a ton of engagement from finance, for example. Not only are dads still making a lot of the primary financial services decisions, but this is the most important time to engage them. They’re going through this massive life stage. The millennial generation is going from generation rent to generation buy. Sorry Zipcar, but we actually do need a car. And while it sounds nice to have a tiny home, we realize that we need a bigger one. There are other realities.

Often, there’s a massive uproar when brands depict dads as idiots. These guys don’t want to be seen as idiots, as the doofus dad. Yes, everybody should know that by now, but not always. Earlier this year, Yoplait had an ad that was probably well intentioned, but the ad said, “mom’s the boss.” There was a big backlash against that.

What’s coming up next for Fatherly?

We are going to put a ton of emphasis on YouTube. Men search more for parenting content on YouTube. We’re going after some new platforms this year. We have a big event called the Father of the Year awards, which is our version of the Glamour “Women Of the Year” for dads. That’ll happen in October.

Anything that we didn’t talk about?

Previously, with gen X, everybody was an “expert.” All these content platforms were built around a chat room, where every mom and dad could be the expert. That’s no longer interesting for parents. We’re seeing a big rise in backlash against parental judgement. This generation just wants the damn answer, and they want it from an expert. They want it from somebody who’s the most credentialed. A lot of our approach is to deliver that

The other thing I think we’re going to see is a real focus on boys. The world has put a lot of focus on girls’ empowerment, and rightly so. But we tend to see boys as “easy.” Shrug it off, man up, all these things. We don’t recognize the complexity. there’s a lot of work to do there. I think we’re going to start seeing a lot of work around emotional intelligence and boyhood, overall.