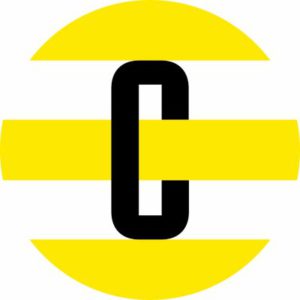 The podcast to save American politics

Crooked Media promises a no bullshit a no-bullshit conversation about politics where you can laugh, cry, scream, ridicule us daily, share your ideas, and hopefully decide that you want to help fix this mess too. That goes for Democrats who want to learn from our party’s mistakes (which is hard because things are so perfect), Republicans ready to hold Trump accountable (fingers crossed on that one!), and everybody, everywhere who’s been asking the same question: What do we do now?

In early 2017, Donald Trump was shockingly, worryingly, the new leader of the free world. Three members of Barack Obama’s inner team during his time as president, decided to do something about what they perceived as a broken American political landscape.

Jon Favreau and Jon Lovett, speech writers, alongside Tommy Vietor, a former spokesperson for the National Security Council, started a podcast to bring a new voice to a media landscape they believed had failed the public during the 2016 election campaign.

A commonly held belief of the political right is that the left would always suck at broadcast media. On the right, conservatism had traditionally found huge audiences on Fox News and through sensationalist talk shows, like Rush Limbaugh’s, and in 2016 on Breitbart and Infowars.

But with the exception of satirical segments on The Daily Show, the left had never been able to engage audiences with regular political conversation in the same numbers and with the same fervour. That was until Crooked Media burst on to the scene.

Regularly topping 1.5million downloads per episode for the flagship show, Pod Save America is now a twice weekly fixture in the political landscape, with a host of progressive voices queuing up to take part in a raucous one hour dissection of the stories of the week.

Within a few weeks of launching the pod, Jon, Jon and Tommy were conducting Obama’s last interview in office, just hours before leaving the White House for good.

In September, they sat in Hilary Clinton’s basement and asked her about why she thought she’d lost the election. They took the show on the road to rally for Ralph Northam in the tight race in Virginia.

At the heart of Crooked’s challenge to the mainstream media is its ability to bring an ease and star quality to a conversation that is traditionally wonky and stilted. Crooked has introduced people to political discussion for the first time and shown that it can be hilarious, energetic and productive, all at the same time.

Crooked now releases eight shows per week with topics ranging from foreign policy to social activism. The live shows sell out within minutes, and the recent European tour has seen the hosts greeted by full houses in Stockholm, Amsterdam, Paris and London.