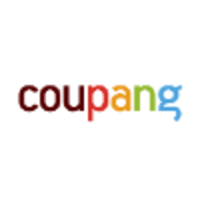 Coupang is often described as the Amazon of South Korea. But it is much more. The company's Rocket Delivery network provides same-day or next-day delivery of more than five million unique items, claiming that 99.6% of its orders are delivered within 24 hours. It's Dawn Delivery service is even faster, promising to deliver anything by 7am that is ordered by midnight of the previous day.

After interning at The New Republic and starting a student magazine called Current, Kim briefly worked at Boston Consulting Group before raising $4 million to start a magazine called 02138, which folded in 2009.

He started Coupang the next year. That was in 2010, when he saw how technology could create the opportunity for an on-demand delivery service for a country whose citizens work long hours and live in densely populated cities.

Today the company serves the world’s third-largest e-commerce market and has over 5,000 drivers who deliver more than 99% of orders in less than 24 hours. Last year it went even further, with the introduction of Dawn Delivery. Orders placed before midnight are delivered to customers’ doors by 7 a.m. the next day.

That level of detail has garnered the company fiercely loyal customers. It claims that over 30% of them buy from Coupang more than 70 times per year. Though Amazon isn’t active in South Korea, there are other local competitors, including Gmarket and 11Street, that Coupang consistently has beat in surveys of favorite online retailers.

Kim admits that the coronavirus created massive disruptions in supply, logistics and prices but that it took bold steps early on. It was able to replenish supplies of face masks and hand sanitizer just as the virus began to spread, but Coupang froze prices so customers wouldn’t be adversely affected.

Coupang has raised $3.4 billion in eight rounds of funding and counts SoftBank’s Vision Fund, Sequoia Capital and BlackRock among its investors. The company has begun working on tax structuring and other key changes as it eyes a public listing that may happen as soon as 2021.