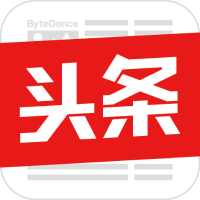 If you live outside of Asia, you’re about to get more familiar with the five-year-old internet news and video aggregator. Bytedance is already a household name in China, where its Toutiao information and content-recommendation service garners north of 120 million daily active users in the country. In early 2018 the Beijing-based company, with a valuation around $20 billion, started making bigger moves to crack into the world of mobile video, media and entertainment.

Beijing Bytedance Technology Co., Ltd. is a tech company underpinned by AI and mobile Internet. Its flagship app “Toutiao”(which means “headline” in Chinese), one of the fastest growing mobile products in China, initiated personalized information flow, thereby creating a new way to connect people with information through massive information gathering, in-depth data mining and user behavior analysis. In addition, Bytedance continuously strides in video, Q&A, image and other fields, powered by a range of products including “Tik Tok/Douyin”, “Hypstar/Huoshan”, “Xigua Video”, “Neihan Duanzi”, “Wukong Q&A” and “Tuchong”. With impetus from robust technology and continuous innovation in the team, Bytedance products keep a leading position in all areas involved and are still growing rapidly.

By October 2017, Toutiao serves over 100 million daily active users, average use time per day sits at 76 minutes and on average each user starts the app nine times per day, ranking top among Chinese Internet enterprises in use time and traffic volume. As Bytedance consolidates its China market, it also adopts the strategy of globalization through self-construction plus investment. “TopBuzz”, the overseas version of Toutiao’s news app, and “TopBuzz Video” have made a foray into Japan, the US, Brazil and other countries. Toutiao also acquired US popular video app Flipagram and invested in information products in emerging markets such as India and Southeast Asia.

A big step was its acquisition of video app make Musical.ly which has more than 215 million users (or “Musers” as it calls them) for its lip-syncing and short-video app, skewing toward teen girls. It also has a sister app, Live.ly, for live-streaming video. There’s also a collaboration with Chinese mobile-app developer Cheetah Mobile to provide $50 million in funding to Live.me, a top live-streaming app majority-owned by Cheetah, which has a community of about 40 million users.

Besides Musical.ly’s passionate user base, Bytedance will get inroads into Hollywood with the acquisition: through deals with NBC, Viacom and others, which have developed short-form shows for the video platform. Media execs will be keeping an eye on how those partnerships evolve under Bytedance’s well-funded auspices.

There’s no revenue associated with original content on Musical.ly at this point, but clearly the app has different paths toward monetization. “With Musical.ly, we are able to bring a new form of entertainment and a host of new video content to the millions of teens who engage with the app each day,” Brian Madden, VP of audience at Hearst Magazines Digital Media, said when the pact was announced this summer.

The Musical.ly and Live.me deals will give Bytedance, which has more than 4,000 employees, an expanding portfolio to push further into mobile video, including in the growing live-streaming space. Under the terms of Bytedance’s Live.me investment, Live.me will have priority to provide live-streaming services to Bytedance in overseas markets. Live.me broadcasters create 350,000 hours of unique content daily, while viewers spend an average of 40 minutes each viewing live broadcasts, according to the company.

Here’s how Zhang Yiming, Bytedance’s founder and CEO, explained the rationale for the Musical.ly deal: By “integrating Musical.ly’s global reach with Bytedance’s massive user base in China and key Asian markets, we are creating a significant global platform for our content creators and brands to engage with new markets,” he said in a statement.

How Bytedance brings together its assets to bear in catering to audiences in America, Europe and elsewhere remains to be seen.

According to Musical.ly co-founder Alex Zhu, “Bytedance’s leading AI technologies and top-notch AI developers can empower us to innovate faster and roll out new user offerings unlike anything users have experienced before.”

For now, users shouldn’t expect any huge changes for Musical.ly. The company’s co-founders, Alex Zhu and Louis Yang, are joining Bytedance and will continue to run Musical.ly. The startup had raised $147 million to date from investors including GGV Capital, GX Capital, Qiming Venture Partners and Susquehanna International Group. Also worth noting is that Cheetah was an early investor in Musical.ly, in which Cheetah held a 17.4% stake of the end of 2016.

News Republic, according to Bytedance’s Zhang, will give the company “access to high-quality content from thousands of high-profile media partners around the world, making an exciting step forward in our international expansion strategy.”