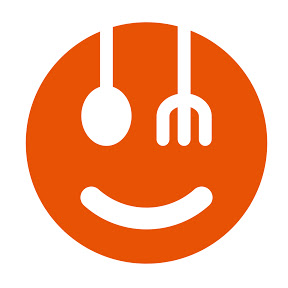 Basmaty brings together the best ideas for cooking across the Middle East. The content-based community shares culinary ideas and inspirations from the regions top chefs and food entrepreneurs.

Alia Adi is founder of Basmaty, an Arabic website featuring Middle Eastern recipes. Born and raised in Switzerland, the Syrian noticed a gap in the market for online food recipes in Arabic and launched Basmaty (‘my smile’ in Arabic) in Damascus in 2011.

Her four-strong team used to produce around 100 Arabic-language cooking videos a month from their studio in Damascus. In the civil war causing her to flee Syria, Adi spent a year in London, being trained in video production at YouTube, before coming to Dubai to establish her company (for the second time).

“Having to move my business from Syria to Dubai and learning all the technical skills related to video production in order to keep my business afloat, as I had lost my team, was really challenging. Furthermore, working alone for two years was a huge struggle for me but I was determined not to give up,” she says.

Today, Basmaty has grown into an online food network that houses cooking content from all over the region, with one million views of their YouTube channel per month and nearly 200,000 subscribers. “Over the past five years, Basmaty has grown into one of the leading cooking platforms in Arabic,” Adi says. “It has recently evolved into the first online food network in the region with the aim of identifying and supporting food entrepreneurs in the Middle East.

So not only does Basmaty produce its own content, but it is also aggregating content from food talents, helping them with more exposure, technical and creative assistance.

The business model is based on advertising and sponsorships. I’ve worked with major brands in creating content for them to be featured on Basmaty, and the platform’s differentiation is clearly related to the fact that it is the only online food network in the region, offering access to talented people.

As a network, Basmaty has the potential to grow on a very large scale by integrating more and more talent into the platform.”

In an interview for Entrepreneur Middle East, Adi says “You need to have a clear understanding of the market in terms of needs and trends since food is a domain that is in constant evolution. The market trends and consumer needs in the food industry change regularly due to various factors, such as health-related findings.”

“The challenge is to be able to predict those trends and adapt quickly. Across the MENA region, this is even more true for the UAE due to the high exposure of diverse cuisines and people. It isn’t always easy to combine both commercial aspect and culinary vision and they sometimes find themselves in contradiction.”

“The way I addressed this occasional conflict is through diversify my content and launching different channels under the Basmaty network, each having a different positioning.”

“For example, I am sometimes approached by brands which don’t necessarily fit within my culinary vision as a chef, however, I understand that my platform needs to cater to different needs and avoid missing commercial opportunities.

“The best way for me to balance between the two was simply to create a new channel under my network which aligned perfectly with my culinary vision without compromising any commercial viability of my platform. I launched a channel called ‘Delish by Alia’ which represents my  culinary vision as a chef and allows me to work specifically with the brands that fit within my vision while at the same time working with other brands on Basmaty.”

In 2017, Basmaty has expanded to the 1st and only Online Food Network in the MENA region with the aim of supporting and promoting online food talents in the region. Basmaty collaborated with major brands such as Nestlé, Arla Foods, Lurpak, Moulinex, Telal, Sadia, DreamWhip and Samsung. 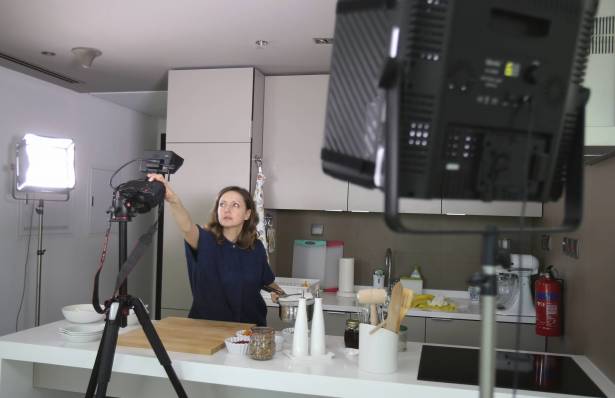 Alia Adi has a soft voice brimming with determination. The founder and CEO of basmaty.com, a portal that offers Middle Eastern recipes in Arabic, says a typical day begins with her waking up at 6.30am and checking her social media accounts before planning the hours ahead. These moments may be stuffed with recipe collection, shooting, production work or social media promotion but also they are infused with Adi’s love for food.

The name the Syrian chose for her platform, Basmaty, is a glimpse into the thought behind it. “In Arabic, basma means smile and basmaty means my smile. So the idea behind this [platform] was for me, food is something that you can put a smile on someone’s face [with], and it is something that really make your senses smile,” she says. And that’s what she’s passionate about.

The Swiss born and bred Adi says food is an old flame. “I discovered food with my mother as a kid and I’ve always loved being with her in the kitchen. So I got my passion of food from a really young age,” she says.

“From what I remember, she [Adi] always liked trying new stuff and new recipe[s]… she did also [attend] a dessert school in London for one year, so since then we have been enjoying very good meals,” says her older brother Omar.

However, the route to making her hobby her day job took a while. After university, Adi — the middle and only female sibling — moved to Syria where her older brother was handling the family business, an olive oil production company. There, she handled the marketing of their product through various channels, one of which was using the oil in various recipes.

“For four years I worked with my brother in the field. And I realised very quickly by searching for online content about recipes in Arabic [that] there was a gap in terms of what was available online. So the idea of launching my own platform emerged at that time. The Middle East has such a strong food culture, and I [wondered], ‘How come there are not more platforms that are providing content in Arabic?’ And I decided to launch Basmaty… to target the Arab world,” Adi says.

The idea of Basmaty proved an opportune investment. She launched the website in 2011 in July and hired a team, including a chef, and started producing videos — she says it made sense financially too as the costs incurred to hire qualified people in Syria were much lower than they would have been anywhere else in the Middle East.

The ensuing civil war however made things difficult. Adi had to relocate the next year and between moving to Dubai, where her target audience is and Europe — her parents moved back to Switzerland — she found herself torn. What made things worse was the fact that others in her team would find themselves similarly untethered soon.

“So I came to Dubai for a little bit and then I went to London. I was still managing my team [in Syria] from here and from London. And I was hesitating between going back to Europe or establishing my company here, which was a big step for me because the cost involved was much more than when I was in Syria. So I had to make a decision. So for two years, I was still managing my team online,” she says.

Then, when her team left the country, she decided to go it alone. She learnt slapdash ways to put her videos together, to post and promote the segments.

But seeing her platform doing well on YouTube — “my platform quickly grew to generating a million views on YouTube” — she didn’t want to give it up. “I just told myself you have to teach yourself these things you know and keep going.”

“I moved to London as I have [my team] at YouTube in London, and I thought let’s give it a shot… So I went for a year, got a lot of training from YouTube, a lot of support from them and eventually, after one year, if I wanted to take my business to the next level… I really need to raise funds and [being] in London isn’t really a possibility for me because my market is here.”

She returned to Dubai and established her company through a training programme and entrepreneur incubator called In5.

However, there were hiccups. First, with funding and then with the technical promotion of her website. This is where Ayman Al Barbary came in. Al Barbary, who worked as a website developer in Syria and when he came to Dubai nine years ago went into digital marketing too, explained the importance of subtle tweaks when trying to garner online hits. “I was introduced to Alia and Basmaty almost three years ago. And actually Alia approached me at the time to take care of the marketing of the website, where she actually struggled to get too much traction and traffic from the market and through digital channels such as search engines, through social media and all that.”

After doing an analysis, Al Barbary found “she’s missing a lot of opportunities… we did quick fixes for the website and the traffic spiked: I think we have almost double the traffic in a few months. And that all came organic from Google.”

Going through the ups and downs of starting a business, Adi felt a need to evolve her business into a platform. “[I] actually evolved it into a network that is involved in identifying and promoting, and assisting food talent in the region,” she explains, “So basically, through my collaboration with YouTube I met a lot of content creators and I identified those who are consistent with what they are doing and the struggles they have — and a lot of them are women; about 90 per cent. And I’m helping them to produce, to strategise their content, to sell and reach and monetise their content. So that’s the direction I’m going in with my platform.”

Adi’s steely determination becomes apparent when she talks of Syria and wanting to do something for her country. “Everyone I know from Syria wants to go back to Syria, including me. I’m thinking how can I later on be an asset for my country as well. And every Syrian I know thinks about what they can do to rebuild the country. As soon as I see there’s some sort of stability I want to reopen production in Syria.”

Until then Adi’s focused on dishing up smiles, one recipe at a time.