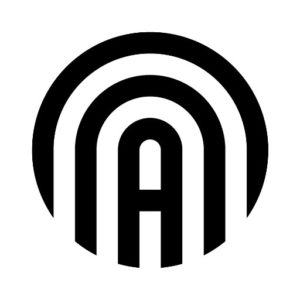 Ava Winery  @avawinery
RT @indbio:Food companies are attempting to navigate the uncanny valley of food and they are striving to achieve unprecedented… https://t.co/3bCwr4S76W
reply retweet favorite

Ava Winery  @avawinery
Our most popular moment of #2017? When our #sommelier & #scientists turned to #mythbusters to uncover the truth abo… https://t.co/M4KPi1RWdD
reply retweet favorite
Load more

Turning water into wine ... including a $50 replica Dom Pérignon

Ava is a venture-backed food technology startup based in San Francisco creating synthetic wine without grapes or fermentation by analysing the molecular profile of wines to recreate and even perfect them. Ava's mission is to recreate the experience of wine without having to recreate the process of traditional winemaking, making the great vintages available to everyone.

Chua and his team used specialized techniques to analyze the chemical compositions of different wines, including Chardonnay, champagne, and Pinot Noir. These techniques, which included gas chromatography mass spectrometry, identified the amounts of amino acids, sugars, and flavor and odor compounds found within each drink, and allowed Chua to include them in his synthetic wine.

Lee argues that most of the compounds in wine have no perceptible impact on the flavor or aroma. Both, he says, are due to compounds that make up just 0.1% of the total — they include molecules that come from the wine grapes’ skins, which change as the wine ages. Meanwhile, the microbes that ferment the wine also create some of the compounds. Not all the compounds will significantly impact the flavor of the wine, but all of them contribute to its complexity.

Currently, Ava Winery’s website lists its replica of a 1992 Dom Pérignon Champagne for $50. A deal, considering the real thing sells for more than $150. However, wine lovers may turn their noses up at the fact that none of these replicas will have the word “wine” on their labels — a term that can only be used if grapes or other fruits are used in the fermenting process.

Ava Winery’s first public taste test didn’t exactly go well. Two reporters on camera at New Scientist compared the biotech startup’s artificial wine with a glass of the Moscato D’Asti that it was based on. They complained that the fake wine had too little color, too little viscosity, and an unpleasant plastic smell.

But that was May, and this is September, and Ava is already bragging about making huge improvements in its product, to the point where it is all but indistinguishable from fermented grape juice, and looking ahead to how it’s going to change the world. “What we have done since then is leaps and bounds beyond what they were able to taste back in May,” co-founder Alec Lee says. “Now we’re at the point where about 90% of people fail our blind taste test.”

Ava is about to get a lot of new tech, too, after closing a $2.7 million seed round led by Horizon Ventures in August. Lee says this will help them perfect their product and soon. “There will be a step-wise progression as soon as that equipment comes in,” Lee says. “It will get a lot better very quickly.”

Ava has promised to release 499 bottles modeled on a 1992 Dom Perignon champagne later this summer, with plans to go to market in the next six-to-12 months. The goal is to sell high quality wine for much cheaper than you’d get with traditional methods, while also making a more sustainable and customizable product.

But first, they’ve got to convince people that artificial wine tastes good. 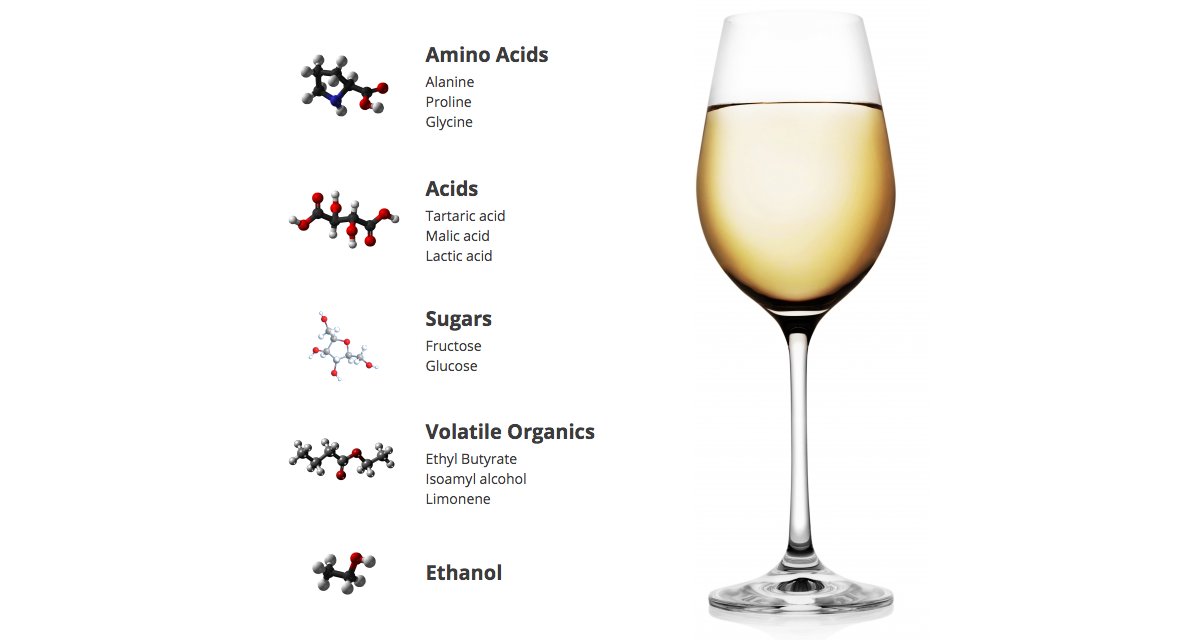 Ava co-founder Mardonn Chua was inspired to create wine in a lab after seeing a bottle of a ’73 Chateau Montelena behind a glass case and wishing more people could taste what it’s like. He thought “I have access to a lab, I have this biotech background, I’ve done analytical chemistry: surely, wine is nothing more than a collection of molecules,” says Lee.

Chua and Lee, both graduates fror a biotech program at the University of British Columbia who had previously founded a stem cell company (which “may wind down”), launched Ava Winery in 2015. They brought on fellow UBC graduate and certified sommelier Josh Decolongon as a co-founder.

Chua’s early efforts at reverse-engineering wine were gleefully fast and loose. “Has anyone tried to make wine by simply mixing the raw compounds and ingredients together (ie. sugars, alcohol, organic volatiles, and flavonoids)? Would it be possible to make a great tasting wine this way?” he posted in March. “I might actually try this tonight.”

Chia described on Medium how he mixed “tartaric acid, malic acid, tannin powder, vegetable glycerin, ethanol, sucrose … ethyl hexanoate (smells like pineapple), butanoate (strong scent of grape juice), limonene (citrus/lime), and acetoin (rich butter smell—like popcorn at the movies). I spent the whole weekend making ~15 different formulations, and I’m not much closer to the taste of chardonnay or any other wine (though I’m not discouraged). It’s not a good wine yet, but it was acceptable enough to drink,” Chua wrote.

Ava has gotten a lot more high-tech since then, using gas chromatography, liquid chromatography, and other techniques to identify exactly what’s in different samples of wine. For the past few months, they’ve been outsourcing this testing, but now they plan to bring the tools in house.

Wine is about 85% water, 13% ethanol. Then there are several hundred compounds in small quantities that give it flavor, aroma, color, and other characteristics. Some of these matter, others don’t. “We can identify the compounds that are there, but the big challenge is in quantifying them,” Lee says. A gas chromatograph shows different compounds in a sample:

Ava insists its wine is rapidly getting better. Eight months ago, Lee says, 80% of people could identify the two glasses of artificial wine in a sample of five: today, only 10% can. “The product is really there in terms of fooling people, but that’s not really good enough for us,” Lee says.

The team says its two biggest challenges going forward are regulation and marketing. “We want to get the classification as wine and that’s one of the hurdles that we’re up against is convincing the [Alcohol and Tobacco Tax and Trade Bureau (TTB)] that there’s good justification for why we should be able to call this wine,” Lee says.

TTB spokesman Tom Hogue confirmed that the bureau is aware of Ava and said it had reached out to remind them their drink would be a taxable commodity. He declined to comment on whether it would be classified as wine.

As for marketing, Ava hasn’t decided whether its initial selection of wine will all be designed to replicate other bottles or include some originals. Ava also hasn’t figured out its price point, though it claims to be much cheaper than the traditional way of making wine. The hardest part, of course, is convincing people to ditch traditional wine, and all the romantic connotations we have for that, in favor of something made in a lab.

Synthetic wine may also have the nice perk of not going bad as fast as regular wine, since it’s made of sterilized components, while normal wine is filled with organic compounds that start growing when exposed to oxygen.

If Ava can figure out wine, then there’s no reason they couldn’t move into other products, too. “Where are unsustainable food production practices happening or where is there limited food production capacity in general, especially in the luxury food  market, and how can we disrupt that and produce in a way that is more sustainable, more ethical, and, of course, cheaper?” Lee asks. “Could this be done with coffee, for example, or chocolate?”

But first the big question: does Ava’s wine actually taste good? Ava was not yet ready to share a bottle with Business Insider, so we can’t say for ourselves. Scientists at Replica Wine, a less-radical wine disruptor that uses science to make grape blends that taste like more expensive bottles, said Ava’s approach seemed viable.

“The concept of adding all kinds of chemicals together to create something else: is it feasible? Probably. Does it have the same appeal to consumers who are looking to have some kind of greater connection to wine? Maybe not,” said Ellipse Analytics president Jaclyn Bowen, who works with Replica. Food scientist Steven Witherly, president of Technical Products Inc., was more skeptical: “I wish them luck but wine is way too complex for them; they really don’t stand much of a chance.”

Decanter World Wine Awards judge Matt Walls told Decanter: “The concept is mind-blowing, and I’d love to try the finished article. It reminds me of the drinks machine in ‘Star Trek’ that dispenses anything you ask for. But do I believe they’ll produce an exact replica of a legendary wine? Not in a million light years.”

Ava’s team, at least, seems confident. “I think the product will pretty easily be ready to go in the next six months,” Lee says. Even today it gets the endorsement of Ava’s in-house sommelier. “It’s definitely not bad,” says Decolongon, who also runs a wine blog. “I can tell [the difference between Ava and traditional wine], but it’s getting closer and closer to being unidentifiable every day.”