ashmei  @ashmei
RT @MarcusGLeach:The sun is shining, which means I can crack open my summer kit from @ashmei and head for the hills. https://t.co/hTm4skx85W
reply retweet favorite

ashmei  @ashmei
Thank you Bernie. Beautiful to get out in quiet today. Maybe the Red version would be a little brighter in this wea… https://t.co/7SwooLJC1r
reply retweet favorite
Load more

Focusing on designing the very best apparel for serious runners and triathletes, Ashmei refuses to compromise. Combining the best fabric and production from around the globe, focusing on niche audiences who are prepared to pay more for their passion, outplays the mainstream brands. 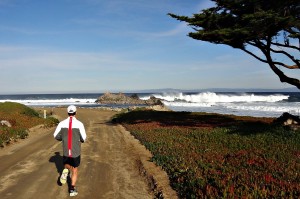 Stuart Brooke started running 5 years ago and was appalled at the poor quality of all the major brands. Having founded his own business 15 years ago making high specification products for other manufacturers, he knew that there were much better solutions. The reality was that most big brands were compromising on quality to hit key price points in the mainstream market. They each chose the same mediocre fabrics, and all looked the same. Other sports, such as Cycling and Skiing had far better technical products, and enthusiasts were prepared to pay more for them.

Stuart started life as a fabric designer, but quickly focused on sport, joining Pentland with brands like Reebok and Speedo. But he soon became disenchanted with the endless meeting culture of companies, and the lack of ambition. He wanted to create a brand that was fresh and distinctive. Ashmei was born, a name inspired by his Chinese wife, and an anagram of his daughter Meisha’s name. The Chinese lettering, interestingly also used in Japanese, means “ultimate”. He wanted to create the ultimate running apparel, the best fabrics, using the latest manufacturing technologies.

Ashmei focused on design, specifying requirements and then sourcing from the best suppliers and manufacturers around the world. Fabrics from France, Italy, and India are combined in China then shipped to stockists, mainly in Europe. The design is functional, but includes distinctive styling which echoes the Asian name. Initially using selective retailers, Ashmei carefully avoids working with competing retailers, and thereby discounting. It create enduring collections, rather than cosmetic seasonal derivatives, so there are no sales, and it can increase volumes quickly because of the large factories of its suppliers. 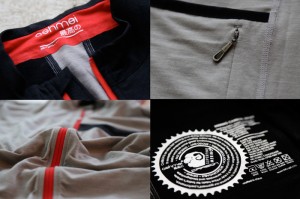 Ashmei is a premium, niche brand for enthusiasts who are willing to pay more, and also likely to become ardent loyal fans. Marketing is about building connections with core users, using social media and inspirational events, like the Ashmei Mud Race. Word spreads rapidly by PR and word of mouth within established communities. International growth is through exclusive partners, and then specialist retailers who can often create more buzz with Ashmei than they can on their own, or with ubiquitous brands. Partnering with a complementary shoe brand is likely, alongside growth into adjacent categories like triathlon.

“Ashmei was developed specifically to address the lack of good quality, high performance running apparel” says Brooke. “The market is full of average running clothes that all perform to mediocre standards, have similar features, made from identical fibres and look exactly the same. These are then sold in the same bargain driven environment that offers poor brand promotion.”

Pivot points for Ashmei in “changing the game” of sports apparel have been:

The niche and premium focused business model is working. “Many presume Ashmei is simply expensive running gear” says Brookes “but the percentage of repeat orders we see prove that once Ashmei has been tried, it becomes the runner’s favourite and soon becomes their entire running wardrobe. We believe in three words – performance, quality and style. Of these performance matters most. It’s why we started, and it’s why people love us.”