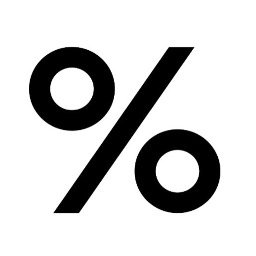 "% Arabica is about my love for coffee, design, and seeing the world" says Ken Shoji, founder and CEO of % Arabica. Ken's story began in Tokyo, although I found him in Kuwait. "My father was the owner of a manufacturing and trading company, and together with his frequent business trips, they would take me overseas whenever possible – ultimately helping to inspire my love of multiculturalism, design, and architecture."

Today Ken wakes each morning to a day full of phone calls and Skype meetings with prospective franchisees all over the world. From New York to Paris, Australia to the Middle East. He never imagined he would create a cult brand.

He is supported by the vision and enthusiasm of Nejoud, the Food & Beverage management company and % Arabica franchisee, headed by CEO Abdullah Al Khabbaz. “We had wanted to do coffee for a while” says Abdullah, “But when we saw what Ken was doing in Kyoto. If we like something, and the approach matches our values, we won’t copy it, we’ll get the franchise.”

The intrigue of that logo ,  a “%” that gestures towards both the focus on quality and the image of coffee cherries on the tree ,  is core to the brand. Nejoud spent a month researching the location and the company, and encouraged by the brand and all it encompassed – an uncompromising focus on quality, an iconic simplicity of design, and centralised operations.

After achieving incredible success with the first location, an espresso bar in Kuwait City’s downtown (where lines typically extend out the door and even to the carpark), Nejoud had bigger plans still. ‘We were not the first specialty coffee brand in Kuwait, but we’re looking to set the bar for specialty here and beyond,’ Abdullah says. The plan is to open a further three locations in Kuwait City — to serve the increasingly international community specialty coffee in a number of districts — before moving on to other states such as Bahrain, Qatar, and The Kingdom of Saudi Arabia. I admit, I balked at such a drastically optimistic projection. On what was this seemingly hyperbolic estimation of the coffee-drinking capacity of Kuwait based? Are Nejoud and reality on any sort of speaking terms at present?

The % Arabica Kuwait Roastery, the second location, doubles — or triples — as both a café showroom and education centre. It is nestled among commercial buildings and offices in the Shuwaikh Industrial District that neighbours the state-owned Ministry of Oil and Kuwait University and is home to a burgeoning tech and startup community.

The space is stunning. As pristine as those model prototypes encountered in the foyers of top real estate development firms, except that there is nothing miniature about the space whatever; on approach, one is met by three massive columns rendered in a brushed concrete finish resembling the broad strokes of some Goliath who’s taken to oil painting. They support a formidable façade from which a luminous % sign welcomes visitors to enter the glistening space. But even at first blush, the synthesis of glitz and craft are on display: two custom-made Slayer espresso machines (with a third looming in the training space beyond) flank a brass-housed glass display unit brimming with handcrafted pastry, Viennoiserie, and sandwich offerings, putting at front and centre of the customer experience a display of dedication to quality and care.

Ken is careful to point out that % Arabica is ‘inherently a Japanese brand.’ Its focus on precision methods and every last infinitesimal design detail speaks to themes of longevity. ‘The Japanese approach to business is still informed by a culture of heredity,’ he says. And he credits his choice of Nejoud as enactor for his vision in Kuwait to a mutual understanding of the long-term future of the brand.

Abdullah and his colleagues have put together a team of passionate and highly-skilled staff who work to carry out the brand’s mission of allowing customers to see the world through coffee.

The roastery dedicates about half its space to its 1960 vintage Probat roaster and green-bean storage area where they currently shelve 21 single origin coffees, five of which come to them direct from their collaborative partner Ninety Plus Coffee. ‘Many of the Ethiopians and Panamas we get from Ninety Plus work better through filter,’ says Grant. ‘We prefer a darker roast — chocolatey, nutty — for espresso, but all our coffees are on offer to try, buy, and even roast on demand.’ I asked whether the preference for a darker espresso roast was influenced by the tastes of the region, typically a consumer of strong Arabic-style coffee. ‘It has a lot more to do with Ken’s vision,’ he responds. ‘He has such a wealth of experience and is so widely travelled, and it’s a vision I’m on board with. While we are careful to monitor and adjust to trends, we want our coffee to be enjoyed 100 years, 200 years into the future.’

Something that is on display from the moment you enter the space till the moment you leave is a buzzing sense of movement. Baristas are free to move around and engage with the space in conjunction with customers. The very make-up of the open-plan design invites interaction. I noticed that my Chemex (the only filter method on offer owing, according to Ken, to its being a ‘mid-century masterpiece of design’) was not hand-poured, but instead carefully brewed using a Marco Uber Boiler. Aside from the control and temperature monitoring features it offers, it represented the attention to detail in creating a space that allows staff to work harmoniously with the equipment. The coffee was a Tanzanian and a favourite of Grant’s for its being ‘deep, dark, and dangerous’ while still offering sweet and vibrant fruit notes. Ken joined us while we sipped our coffees and caught me admiring the tables and benches. ‘Japanese cypress,’ he said. ‘We use the same wood in all our stores, and fly it in specially to each location.’

With so much thought going into design (this particular location was more than a year in the planning), how does the minimalism and simplicity of the space, not to mention the floorplan, work to create a customer experience conducive to developing a high demand for specialty? ‘We’re very excited about this particular location because we are not only selling, but educating,’ Abdullah tells me. ‘Customers can still grab a quick cup to go, but we also have the space to take them on a journey.’

We walk towards the Tornado King roaster, exclusive to % Arabica and conspicuously placed in the centre of the room directly behind the island counter. ‘Here,’ he says, gesturing for me to behold the glass-topped display cabinet full of coffees at different levels of progression through the roasting process, ‘is where the journey starts.’ The 1kg roaster provides the ‘roast-on-demand’ feature singular to, at this stage, the roastery location. Customers can choose from an extensive range of green coffee and have it roasted to their preference within minutes, all right in front of them. ‘Having roast-on-demand here is incredibly important in terms of education,’ Grant chimes in. ‘Both for our customers and staff, it really opens the space up to other levels of possibility for exploring coffee.’

The dedication to staff training is palpable. As we spoke, the barista team, who had been working through various training exercises all morning, were now excitedly clustered round the espresso machine engaged in an impromptu latte art throwdown, headed and judged by % Arabica Kyoto’s Head Barista and Tokyo 2014 Latte Art World Championship Open winner Junichi Yamaguchi. Despite his instigating the throwdown, Junichi, who has joined Ken on this trip to provide initial training, is careful to endorse a more holistic approach to espresso drinks: ‘Latte art is only a decoration. What matters is getting the espresso right to start with,’ he says. ‘The cup is the frame. Everything you put in that frame needs to work to make the customer smile.’