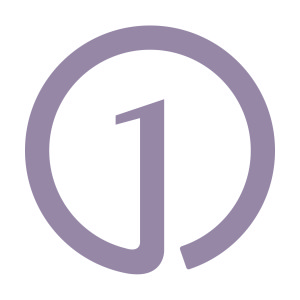 1 Atelier  @1atelierluxury
Join us in this fight against an invisible but deadly enemy. We are raising money to manufacture Respirator Masks… https://t.co/RDPcjLM1kb
reply retweet favorite

1 Atelier  @1atelierluxury
@NYGovCuomo We can produce masks, gloves and downs - esp masks. Please DM us. We are a factory in Manhattan with… https://t.co/4WZ64QbLi4
reply retweet favorite

1 Atelier  @1atelierluxury
During this moment of crisis, we can help. We have excess production capacity with exceptionally skilled sewing tal… https://t.co/ivIAFf44XW
reply retweet favorite

$47 billion of luxury fashion accessories are sold each year, yet over half of all luxury consumers say that they want products that are personalised to their own preferences. Some leading brands like Burberry, Gucci, and Louis Vuitton have tried to make customisation work, but found it hard to do it on a global scale.

Yet to the consumer, in a world where luxury brands have become ubiquitous, and their value diminished, it is personalisation that has value. Indeed personalisation is the new luxury.

Now, a New York City startup is redefining bespoke fashion for the digital age, combining old-fashioned craftsmanship and modern technology in ways that could signal the future of customisation. 1Atelier believes it has found a solution to creating bespoke handbags, allowing consumers to design and receive their perfect bag within 21 days.

1Atelier’s CEO is Stephanie Sarka,  a seasoned entrepreneur with deep experience in building businesses and brands. Initially following the traditional path to Goldman Sachs, she quickly realized that she is a builder, not a banker. So she went to Paris to work for a year at International Flavors & Fragrances. After getting her MBA at Harvard, she worked for Lew Frankfort at Coach for seven years, where she earned her stripes as a “merchant” and an “operator” and held numerous leadership positions; she also led the successful re-launch of Mark Cross, the American luxury goods brand.

Sarka is supported by her creative director Frank Zambrelli who has an extensive background in product design, branding and production technology for luxury leathergoods. Headed for medical school, an unexpected trip to the European fashion shows radically altered his plans. He instead went to the Fashion Institute of Technology and graduated with a dream job at Chanel, working between Paris and New York, during the brand’s renaissance under Karl Lagerfeld. At Cole Haan, under the guidance of John Varvatos, he further developed his craft in European factories. Frank subsequently went to Coach where he led the successful launch of the venerable firm’s foray into footwear.

Here is an extract from Fast Company’s recent article about 1Atelier:

When you walk into 1Atelier’s studio in the Garment District, tables are strewn with large bolts of premium leather, from full-grain cowhide to more exotic varieties of snake and crocodile. You can watch a master craftsman put the finishing touches on satchels, clutches, and hobos, each designed to the exact specifications of the customer. One saddle bag is made of champagne-colored python skin with a contrasting pink trim; a colorful tote comes in fuchsia, orange, and blue. There’s a little machine that stamps the owner’s name in gold lettering onto a label inside the bag.

Tables are strewn with large bolts of premium leather, from full-grain cowhide to more exotic varieties of snake and crocodile.

In the past, a client would need to visit a workshop to order a customized bag, but at 1Atelier, she can do everything online. The company’s website allows customers to pick a style, then play with different colors and textures until they’ve dreamed up their perfect sack. The end product costs between $295 and $8,400, which puts the brand at the lower end of the luxury bag spectrum. But unlike Chanel or Céline, which requires six months or longer to ship a bespoke order, 1Atelier products are delivered to the customer in 21 days. That’s all thanks to technology, from the snazzy customization tool on 1Atelier’s website to the company’s backend systems that make the supply chain and manufacturing models of efficiency. “Technology is the lever that allows us to transform the entire luxury experience,” says Sarka. Even the brand’s logo reflects how deeply 1Atelier’s mission is intertwined with tech: the number one surrounded by a circle resembles the power-on symbol.

Sarka believes that there’s a massive market opportunity to bring customization to the luxury accessories sector. According to a report in the Wall Street Journal from last year, 56% of luxury consumers say customization is increasingly important to them—an uptick that reflects a broader trend in consumer behavior. Deloitte research revealed that 36% of people want personalized goods and services in their everyday shopping experiences. “This makes sense,” says Zambrelli, who worked at Chanel, Coach, and Judith Leiber before cofounding 1Atelier and becoming its creative director. “We’re now surrounded by a culture in which we are encouraged to customize everything from our Facebook profile to the color of our smartphone. It was inevitable that this mind-set would enter the luxury industry.”

Major design houses have taken note. You can now monogram your Louis Vuitton bag or add your own combination of graphics—bees, tigers, flowers—to your Gucci bag, jacket, or shoes. You can choose the heel, color, and fabric on Manolo Blahnik’s classic BB stiletto. Jimmy Choo offers a collection of clip-ons and buttons to adorn your heels or clutch. For the 35th anniversary of Ferragamo’s iconic Vara and Varina shoes, you could customize these styles to your taste. And at the Opening Ceremony SoHo location, there’s an embroidery station where you can add the imprint of your choice to a shirt or jacket.

But as Zambrelli points out, these are personalized details on a few products from a collection. “These are condiments on an entrée, rather than a handcrafted meal,” he says.

Offering a more complete customization experience, where the customer has a hand in the entire design process, presents a logistical challenge for big brands, whose supply chain and manufacturing networks usually span multiple countries. In 2011, for instance, Burberry offered a bespoke service that allowed customers to alter every aspect of its iconic trench coat, from the cut to the fabric to the color, for between $1,800 and $8,800. But when the service failed to be profitable, Burberry quietly shut it down in 2015 and launched a simpler alternative, the Scarf Bar, where shoppers can monogram their initials onto scarves for $475 to $995.

Sarka and Zambrelli kept these case studies in mind when they built 1Atelier. “It’s hard to customize at scale unless you’re uniquely dedicated to it,” Sarka says. “We’ve been building our systems and infrastructure, thinking about how we can scale everything from the production to the user experience.”

Hence, the crucial role of technology.