ChatGPT proves that AI has come of age … the brilliant and weird AI-based chatbot application from OpenAI that quite possibly knows everything. Earlier this week I noticed #ChatGPT trending on social media.

We’ve become used to tech crazes – a new gadget, a new business, sometimes just a Hyperloop-style video – that zooms into our collective conscience, particularly when AI is  somehow involved.

That evening I investigated a little further.  ChatGPT is a prototype AI-based chatbot of Open AI.

I knew OpenAI largely from interviews with Elon Musk. It seemed like he spent more time there than at Tesla, SpaceX (or even Twitter), the companies which he officially led. It seemed to be the project that really engaged his brain.

Clicking on “Try ChatGPT” led to a rather simple “Ask me any question” prompt.

It reminded my first visit to the Google search engine, 20 or more years go. In fact, Chat GPT is a lot like a Google search. Just a lot more intelligent. And could entirely replace it very soon.

By the way GPT stands for Generative Pre-Trained Transformer. 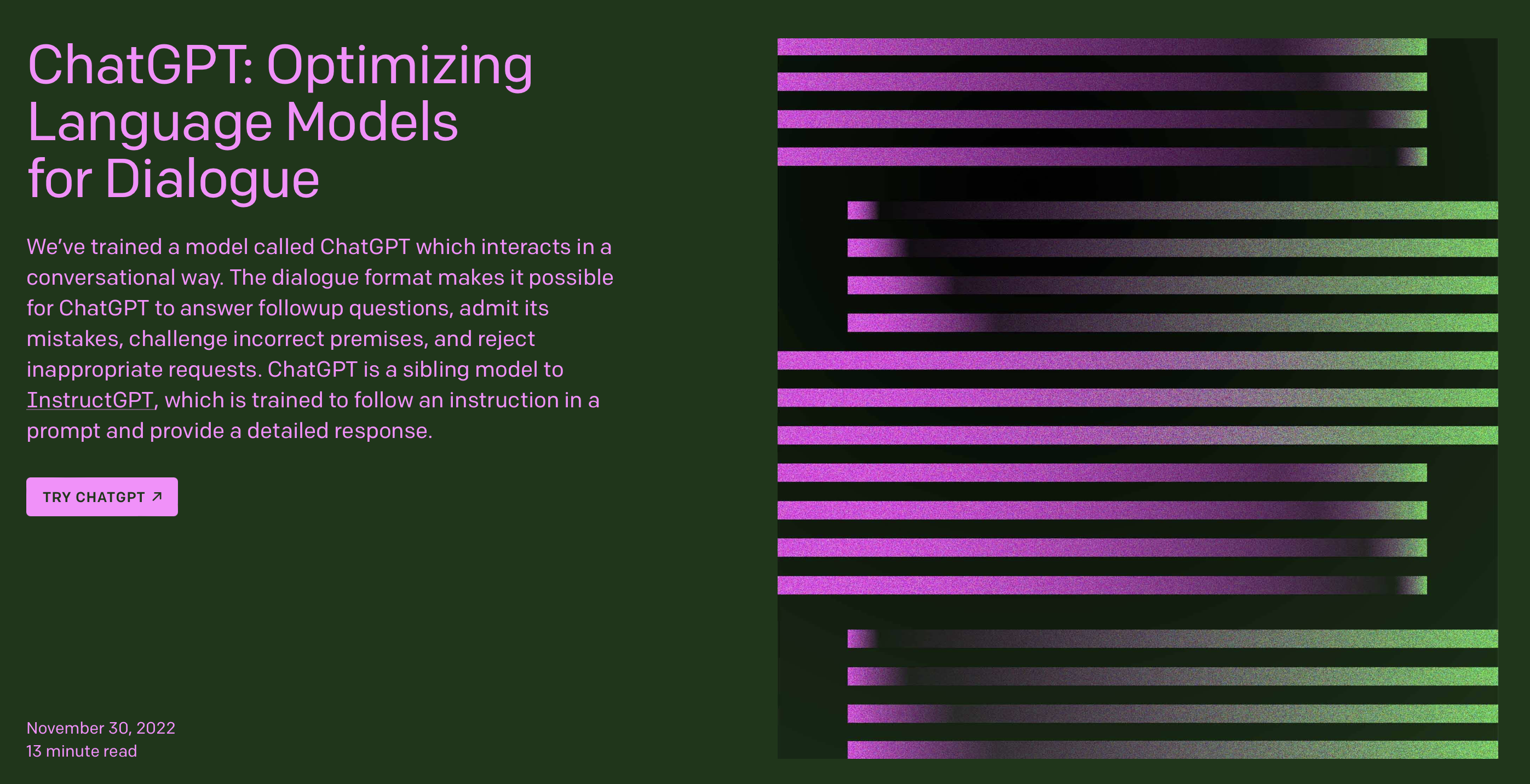 I played around a bit. It seemed quite smart. And then decided to ask a proper question.

“ChatGPT, how would Steve Jobs design and market extended reality glasses without using the idea of a metaverse?”

Within seconds, it answered, rather impressively:

“Steve Jobs would likely design extended reality glasses with a focus on simplicity and user experience. The glasses would be sleek and minimalist in design, with a user-friendly interface and intuitive controls. They would offer a wide range of features and applications, from augmented reality and virtual reality to real-time information and communication.

In terms of marketing, Steve Jobs would likely emphasize the glasses’ ability to enhance and enrich daily life, rather than the concept of a metaverse.

He would showcase the glasses’ potential to improve productivity, entertainment, and social connections, as well as their ability to provide new and exciting experiences. He would also focus on the glasses’ sleek design and intuitive interface, highlighting their user-friendliness and accessibility.

Overall, Steve Jobs would approach the marketing of extended reality glasses with a focus on their practical, everyday uses and benefits, rather than on the more abstract concept of a metaverse.”

Within hours, the world was bombarding the GPT interface with all sorts of weird and wonderful questions.

Here is the initial reaction from The Verge magazine, and from BBC News.

Since then, Elon Musk has said that ChatGPT could spell the end of homework. Meaning that the AI could trot out a uniquely personalised 5000 word essay on any topic your request within seconds.

OpenAI say that ChatGPT is essentially a prototype, and we shouldn’t depend on it for perfect answers, yet. However its next iteration is coming soon, and the millions of curious playful tests over recent days, is probably part of its development plan.

ChatGPT shows that AI is rapidly coming of age.

While AI’s application are largely-invisibly all around us already – consider the AI which goes into Google Maps for example – its real life-changing impacts, to redefine how we live and work, to solve some of the most difficult challenges, to accelerate progress is just around the corner.

(Try asking it how it will solve the climate crisis, or Ukraine war, or global downturn!).

Open AI is a not-for-profit business founded in 2015 by Sam Altman, together with Musk and others. It also has a for-profit subsidiary, which will seek to commercialise new ideas. In 2019 this received a $1 billion investment from Microsoft, and is now poised to invest significantly more.

Following the release of ChatGPT, OpenAI was reportedly valued at $29 billion, according to Insider.

Indeed, Microsoft could become the lead company in applying the next improved versions of  ChatGPT, not just to Bing, but a wide variety of business applications.