Inside SpaceX’s Starbase … and the 5 step development process which Elon Musk applies to rocket science, and Tesla too … clarify, simplify, optimise, accelerate, automate 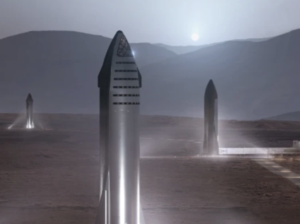 How has SpaceX revolutionising its way to design, build and launch a rocket into space ? How does this technique also apply to Tesla?

In a recent interview at SpaceX’s Starbase, its development location at Boca Chica in Texas, Elon Musk described the process which he has evolved to work smarter in developing and launching anything.

In the Everyday Astronaut interview below he explains the five steps, and specifically the sequence, which he believes are essential to engineering something wholly new.

His approach of building ‘good enough’ is very aligned to Lean Startup and Minimum Viable Product, in fact he refers to a ‘Minimum Viable Rocket’ in the interview.

Here are the 5 steps:

“Make the requirements less dumb. The requirements are definitely dumb; it does not matter who gave them to you. It’s particularly dangerous when they come from an intelligent person, as you may not question them enough. Everyone’s wrong. No matter who you are, everyone is wrong some of the time. All designs are wrong, it’s just a matter of how wrong,” explains Musk.

“Try very hard to delete the part or process. If parts are not being added back into the design at least 10% of the time, [it means that] not enough parts are being deleted. The bias tends to be very strongly toward ‘let’s add this part or process step in case we need it’. Additionally, each required part and process must come from a name, not a department, as a department cannot be asked why a requirement exists, but a person can,” says Musk.

“Simplify and optimise the design. This is the most common error of a smart engineer — to optimize something that should simply not exist,” according to Musk. He, himself, has been a victim of implementing these steps out of order. He refers to a “mental straightjacket” that happens in traditional schools where you always have to answer the question regardless of whether the premise makes any sense at all.

“Accelerate cycle time. You’re moving too slowly, go faster! But don’t go faster until you’ve worked on the other three things first,” explains Musk. Here he uses another example of how these steps should occur in order. During a wrongheaded process you should simply stop, not accelerate. He says, “If you’re digging your grave, don’t dig it faster.”

“The final step is: automate. An important part of this is to remove in-process testing after the problems have been diagnosed; if a product is reaching the end of a production line with a high acceptance rate, there is no need for in-process testing. I have personally made the mistake of going backwards on all five steps multiple times. In making Tesla’s Model 3, I literally automated, accelerated, simplified and then deleted,” says Musk.

You can watch the full Everyday Astronaut video here (the 5 steps are described in the 13.30 mins point), and you can find more here.