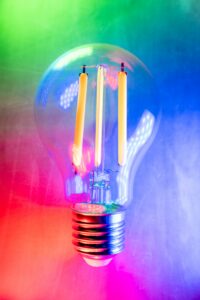 Now, in its 100th year, some of the most influential contributors and topics have included:

For the last 30 years I’ve looked forwards to each edition landing on my doormat, and being able to browse the archives online.

Sometimes it’s a lot to take in, and I make do with the excellent summaries. I also take comfort from the stored knowledge on my bookshelf, or online, available on tap.

But what’s best is when you sit down and immerse yourself in a great article.

I remember in my early days of business I did this. After just a few articles, on customer-centricity as I remember, I started to develop a richer perspective, confidence and capability to debate challenges, and implement solutions.

I was soon approaching work with a much richer global perspective. dropping anecdotes about companies, academic models, and latest ideas. It also helped me to see a bigger picture, alternative views, and new opportunities.

If I was to pick 5 articles for a quick re-immersion today, I’d probably go for these below, which I’ve interspersed with a few of HBR’s great catalytic videos just as examples:

Authenticity has become the gold standard for leadership. But as INSEAD’s Herminia Ibarra argues, a simplistic understanding of what authenticity means can limit leaders’ growth and impact. All too often, we tend to latch on to authenticity as an excuse for sticking with what’s comfortable. But few jobs allow us to do that for long. In this article, Ibarra explains how leaders can develop an “adaptively authentic” style by experimenting with many different leadership approaches. It’s OK to change tactics from one day to the next, she says. That’s not being fake, it’s how we figure out what’s right for the challenges and circumstances we face. Three strategies can help you break free from a self-concept that’s too rigid: (1) Learn from diverse role models. Growth necessarily involves some form of imitation, but don’t copy just one person’s leadership style. Borrow selectively from various people to create your own collage. (2) Work on getting better. Set learning goals–not just performance targets–to focus on the value of experimentation. Stretch the limits of who you are by doing new things that make you uncomfortable but help you discover by direct experience who you want to become. (3) Don’t stick to “your story.” Jettison outdated self-concepts and draw on personal narratives that fit your circumstances as you’re taking on new challenges.

Despite a long-term decline in the circus industry, Cirque du Soleil profitably increased revenue twenty-two-fold over the last 10 years by reinventing the circus. Rather than competing within the confines of the existing industry or trying to steal customers from rivals, Cirque developed uncontested market space that made the competition irrelevant. Cirque created what the authors call a blue ocean–a previously unknown market space. In blue oceans, demand is created rather than fought over. There is ample opportunity for growth that is both profitable and rapid. In red oceans–that is, in all the industries already existing–companies compete by grabbing for a greater share of limited demand. As the market space gets more crowded, prospects for profits and growth decline. Products turn into commodities, and increasing competition turns the water bloody. There are two ways to create blue oceans. One is to launch completely new industries, as eBay did with online auctions. But it’s much more common for a blue ocean to be created from within a red ocean when a company expands the boundaries of an existing industry. In studying more than 150 blue ocean creations in over 30 industries, the authors observed that the traditional units of strategic analysis–company and industry–are of limited use in explaining how and why blue oceans are created. The most appropriate unit of analysis is the strategic move, the set of managerial actions and decisions involved in making a major market-creating business offering. Creating blue oceans builds brands. So powerful is blue ocean strategy, in fact, that a blue ocean strategic move can create brand equity that lasts for decades.

One of the most consistent patterns in business is the failure of leading companies to stay at the top of their industries when technologies or markets change. Why is it that established companies invest aggressively – and successfully – in the technologies necessary to retain their current customers but then fail to make the technological investments that customers of the future will demand? The fundamental reason is that leading companies succumb to one of the most popular, and valuable, management dogmas: they stay close to their customers. To remain at the top of their industries, managers must first be able to spot disruptive technologies. To pursue these technologies, managers must protect them from the processes and incentives that are geared to serving mainstream customers. And the only way to do that is to create organizations that are completely independent of the mainstream business.

Teamwork on the Fly

In a fast-paced and ever-changing business environment, traditional teams aren’t always practical. Instead, companies increasingly employ teaming: gathering experts in temporary groups to solve problems they may be encountering for the first and only time. This flexible approach was essential to the completion of the Water Cube, the building that hosted swimming and diving events during the Beijing 2008 Olympic Games, and to the 2010 rescue of 33 Chilean miners. More and more people in nearly every industry now work on teams that vary in duration and have constantly shifting membership. Teaming presents technical and interpersonal challenges: People must get up to speed quickly on new topics and learn to work with others from different functions, divisions, and cultures. Several project management principles–scoping out the challenge, structuring the boundaries, and sorting tasks for execution–help leaders facilitate effective teaming. Leaders can also foster cross-boundary collaboration by emphasizing purpose, building psychological safety, and embracing failure and conflict. Individuals who learn to team well acquire knowledge, skills, and networks. Organizations learn to solve complex, cross-disciplinary problems, build stronger and more unified cultures, deliver a wide variety of products and services, and anticipate and manage unexpected events. Teaming helps companies and individuals execute and learn at the same time.

What Makes a Leader?

When asked to define the ideal leader, many would emphasize traits such as intelligence, toughness, determination, and vision–the qualities traditionally associated with leadership. Often left off the list are softer, more personal qualities–but they are also essential. Although a certain degree of analytical and technical skill is a minimum requirement for success, studies indicate that emotional intelligence may be the key attribute that distinguishes outstanding performers from those who are merely adequate. Psychologist and author Daniel Goleman first brought the term “emotional intelligence” to a wide audience with his 1995 book of the same name, and Goleman first applied the concept to business with this 1998 classic HBR article. In his research at nearly 200 large, global companies, Goleman found that truly effective leaders are distinguished by a high degree of emotional intelligence. Without it, a person can have first-class training, an incisive mind, and an endless supply of good ideas, but he or she still won’t be a great leader. The chief components of emotional intelligence–self-awareness, self-regulation, motivation, empathy, and social skill–can sound unbusinesslike, but Goleman, cochair of the Consortium for Research on Emotional Intelligence in Organizations, based at Rutgers University, found direct ties between emotional intelligence and measurable business results.