Pitch Decks … Communicating your future story to stakeholders in an inspiring, relevant and commercial way … learning from Airbnb, Uber, 23andMe and Porsche 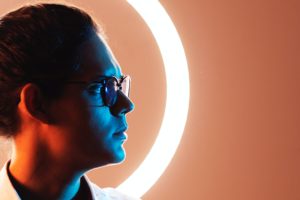 What’s your big idea? And how do you explain it?

Whether you’re an entrepreneurial start-up looking for early investment, or a senior executive seeking to articulate where you want to take your business next, a “future story” is crucial.

It’s a carefully structured narrative that describes how you see the future, the way you see your business succeeding within it, and an overview of the path that will get you there.

It typically takes the form of a “pitch deck“. But don’t just think ppt presentation by start-ups. A pitch deck could indeed be a formal presentation, or a thoughtful letter, or a detailed strategic plan, or a powerfully spoken narrative.

The pitch deck structures your future story. It becomes the magic bullet that inspires, engages and convinces investors and other stakeholders, that yours is the future that they want to be part of.

Ultimately it’s about storytelling. And like any good narrative, it should be compelling, credible, and concise. Grab your audiences attention in your first slide and work to hold it as you describe the business concept, the market opportunity, and what it will take to make happen.

Here are some great examples of pitch decks, from entrepreneurs and corporates, to inspire your future story, your structure for telling it, and your future success.

In 2007 Brian Chesky and Joe Gebbia were broke and looking to raise money to make their rent in San Francisco. They decided to rent out air mattresses in their apartment to attendees of a conference because all the hotels were booked. They called their service “Air Bed and Breakfast.” In a few years, this small experiment would create the hotel industry disruptor Airbnb. 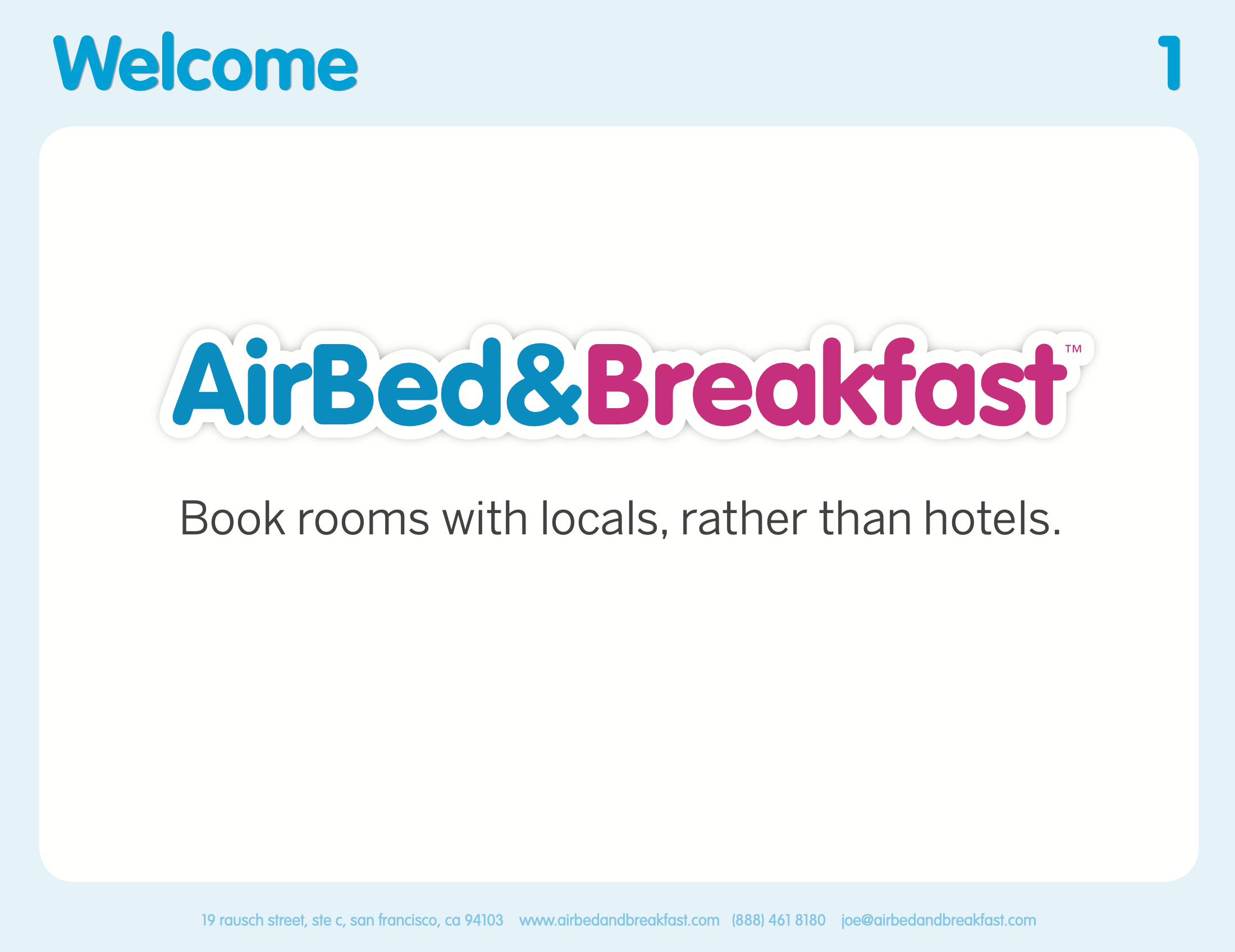 Uber’s story began in Paris in 2008. Two friends, Travis Kalanick and Garrett Camp, were attending LeWeb, an annual tech conference The Economist describes as “where revolutionaries gather to plot the future.” The concept for Uber was born one winter night during the conference when the pair was unable to get a cab. Uber was founded on a single idea: “What if you could request a ride from your phone?” 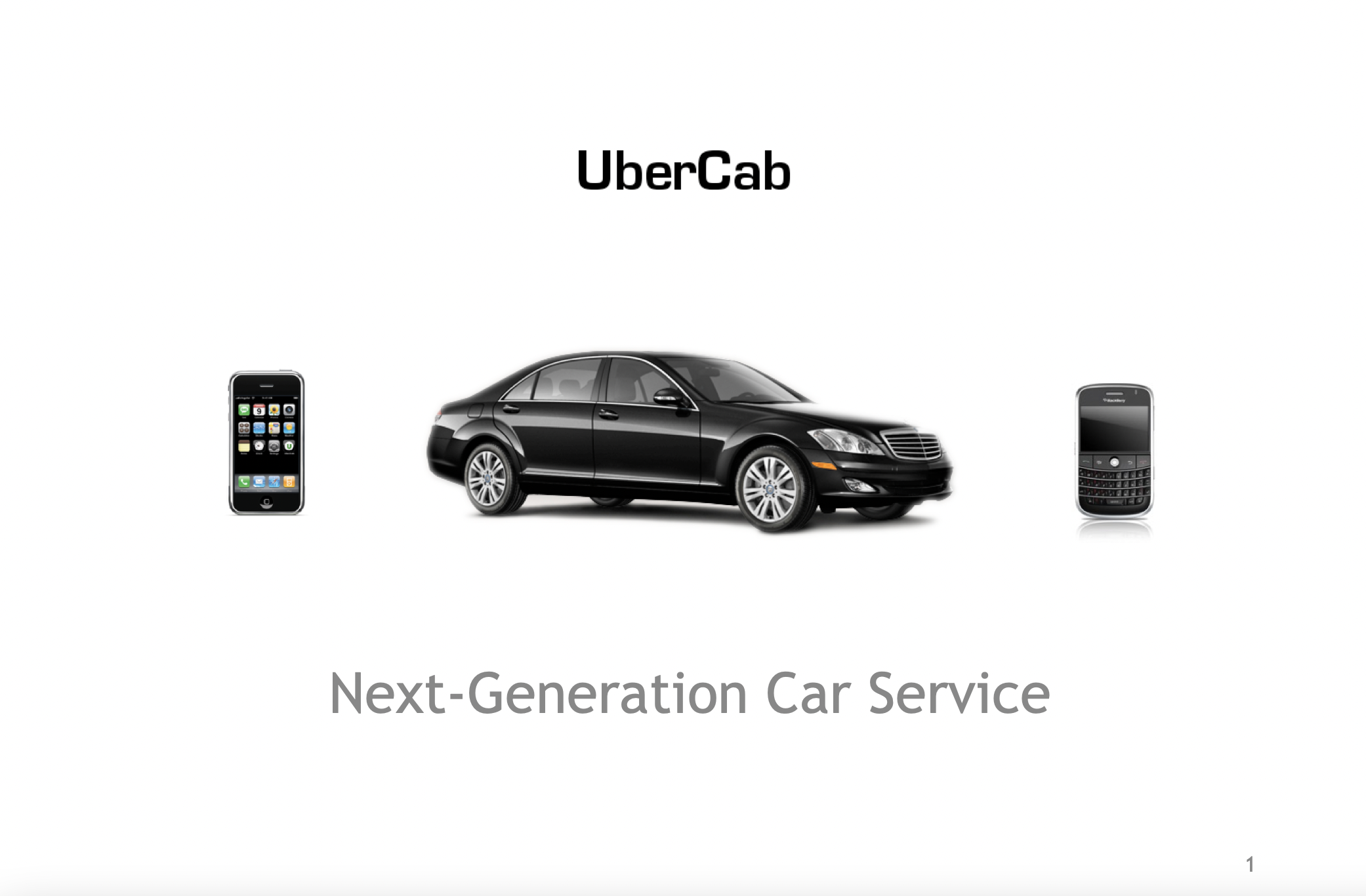 Anne Wojcicki wants to change the face of healthcare. 23andMe, her personal genetics testing company. In 2021, 23andMe merged with Richard Branson’s VG Acquisition Corp (a SPAC), in a $3.5 billion transaction, to take the business public. A new business model is rapidly taking shape. Compared to the old world, where drugs were made generically, and pharma companies never connected with patients, 23andMe is now fundamentally disrupting that model. 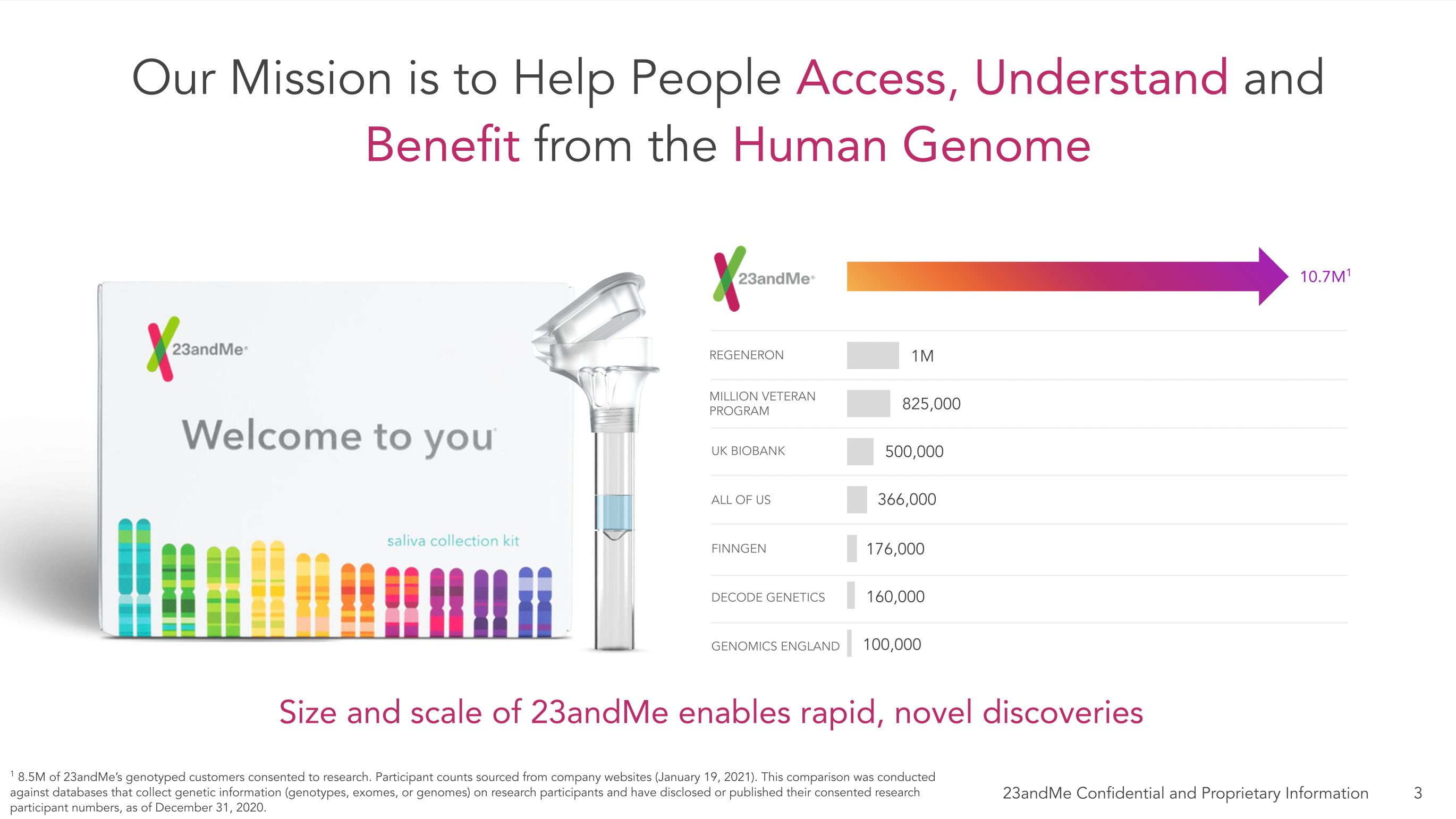 Ferdinand Porsche founded the company in 1931, initially as a design business, which created the original VW Beetle. Porsche eventually merged with Volkswagen in 2014. VW is now considering spinning off its profitable Porsche division into a separate company with its own stock listing. The transaction would help the German automaker raise money to invest in electric vehicles while also potentially returning more control of the high-performance carmaker to descendants of its founder. 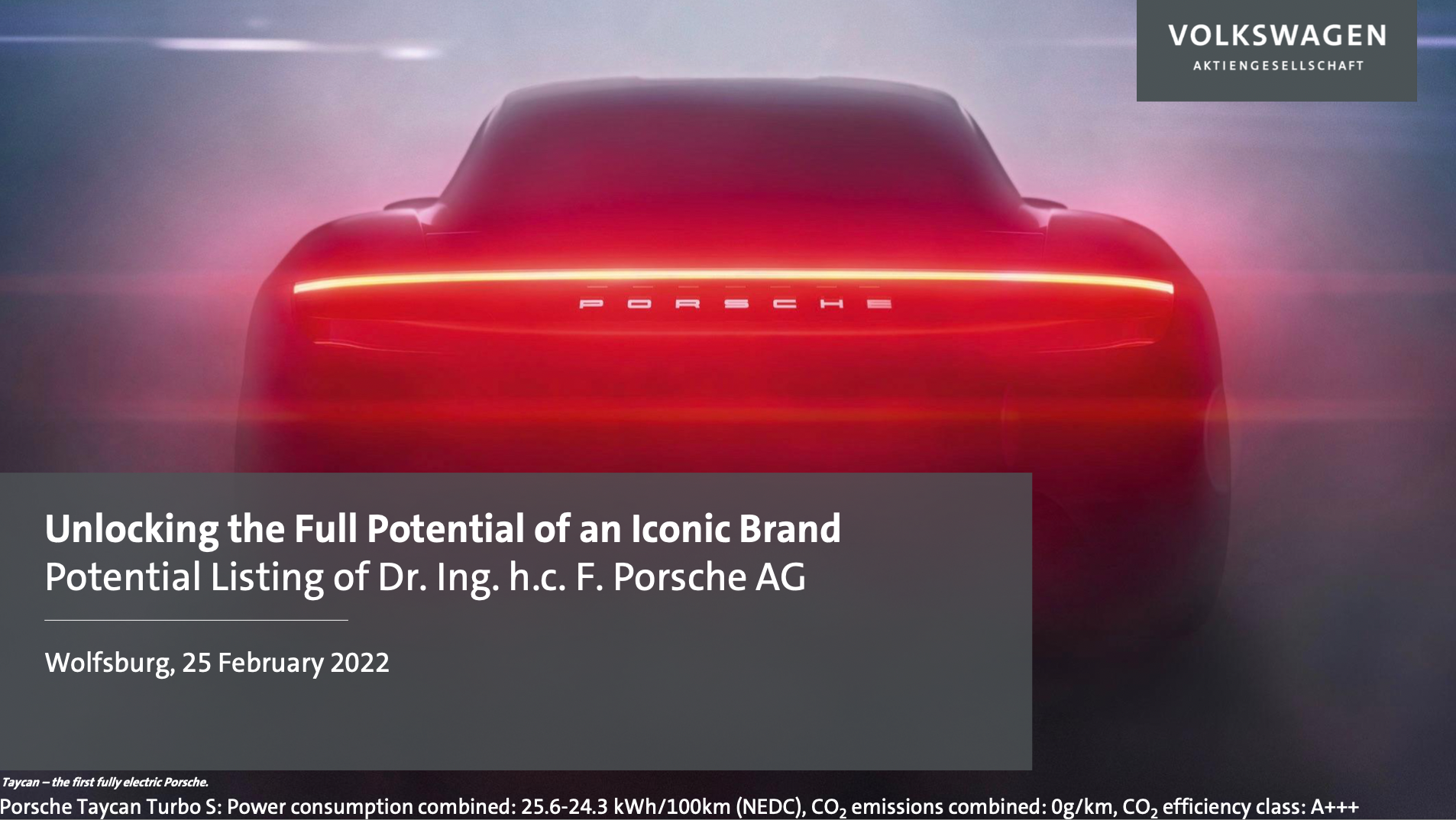 So what makes a great “pitch deck”?

A great story grabs you immediately. So does a great pitch.

In its 2004 pitch deck, Facebook started with this compelling quote from the Stanford student newspaper: “Classes are being skipped. Work is ignored. Students are spending hours in front of the computer in utter fascination. Thefacebook.com craze has swept through campus.”

In the opening slides of its pitch deck, Airbnb left no confusion about what it planned to do. “Book rooms with locals, rather than hotels,” the first slide proclaimed. By the third slide, the reader knew exactly why that idea made sense. “Save Money. Make Money. Share Culture.”

However it’s not just about a creative vision. People gain confidence from numbers – describe the existing market clearly, or if you seek to develop in a new space, use adjacent markets as comparisons. Then you can apply some logic to your future projections, how could it grow, what gives you this confidence. And ultimately, what’s the size of the prize?

Talk a bit about people too. Investors are human, and ultimately engage with people not proposals. And we all know that whatever great plan you have right now, is unlikely to work out quite in the way you imagine. Therefore its about the people, do they have the ambition, capability, resilience and creativity to find the better future.

There is no one structure that works best, but a typical flow might be

Of course, graphical presentation does matter – a diagram can tell a thousand words, a sketch prototype enables people to interact – and of course visually engaging images, colour and design layout can be powerful. But don’t go overboard. It’s the business idea, the logic, the story, that really matter.

I’ve worked with many entrepreneurs and corporate leaders on their pitch decks, and what always strikes me is how they get lost in the detail. Either they are too obsessed about the technology, or the financials, or the nifty graphics. What matters is a clear, compelling narrative.

Intelligent, imaginative, inspiring. A future I want to be part of.