Yatte Minahare … Japan is the world’s third largest economy, but the fourth least entrepreneurial country … time for a leadership transformation 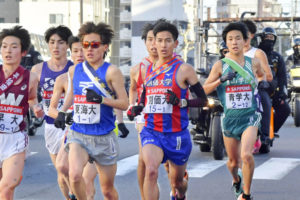 The Lake Biwa Marathon is the oldest in Japan – last year’s edition saw 42 local runners break 2 hours 10 minutes for the distance, the most ever in one race, anywhere – the US Olympic trial saw one runner under that time, while in the UK there were none. Yet hardly any of these Japanese runners win gold medals, or are known outside their home nation.

Japanese culture focuses on teams rather than individuals, on contribution towards collective goals rather than personal fame and fortune.

This is illustrated by the Hakone Ekiden, a long-distance running relay, and Japan’s most popular televised sporting event. Traditionally run over three days between the ancient capital Kyoto and Tokyo, a distance of 508km, it now consists of a corporate race every New Year’s Day, and a student race on the two following days. The collegiate race is the bigger event, with 52.6 million tuning into watch this year, 40% of the population.

Every top Japanese athlete aspires to join a corporate team – becoming employees with extra time off for training. Japanese brands are seen as national icons, and representing one is seen as the highest accolade for the individual, rather than an athlete’s endorsement for the company. This year’s corporate Ekiden winner was the Honda team, followed by Subaru, Asahi, Mitsubishi and Toyota.

The challenge for Japanese leaders

Japan is the world’s third largest economy, but has largely stagnated in recent years, and is ranked as the world’s fourth least entrepreneurial country in the world. 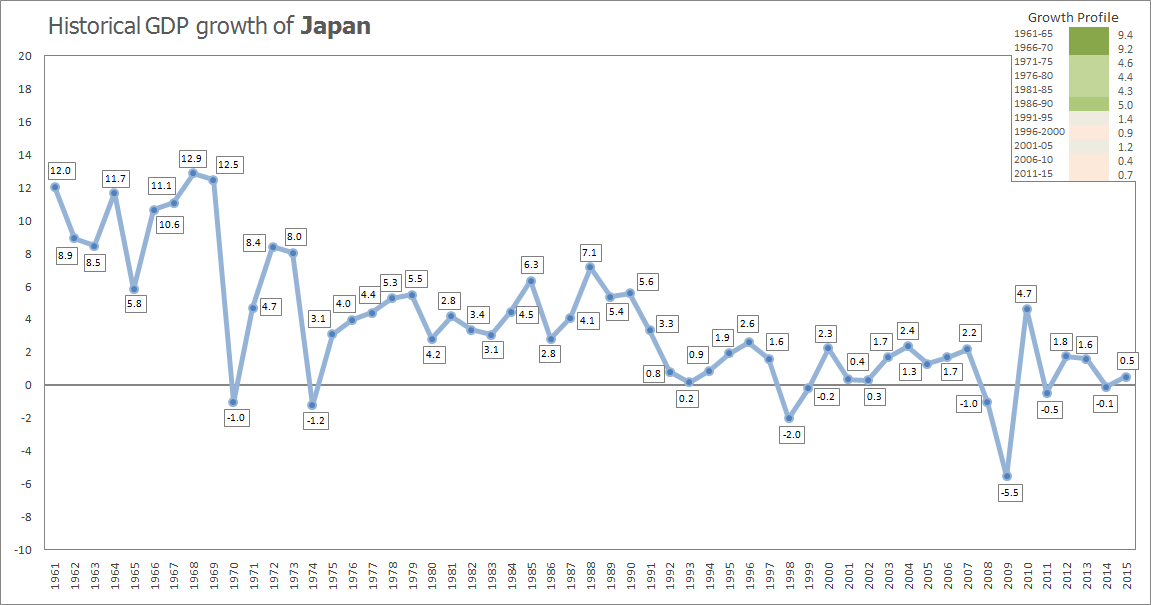 The incremental improvement approaches drove world-leading standards in quality, efficiency and productivity, and the rise of a generation of product- and cost-leaders like Sony and Toyota. But it was essentially a discipline for stable, product-centric markets.

As in the Hakone Ekiden, being a team player is seen as essential in Japanese culture. Rather than being a figurehead and decision-maker, leaders exist to consult with teams, to find consensus. This drives hierarchical working, feeling the need to be involved in everything their teams do.

It also limits ambition and challenge, innovation and growth.

In a world of relentless change both matter – future direction and collaborative action.

“Vision” is typically regarded as too abstract, vague, and general in Japanese business culture. Managers and employees want the detail, the absolutes, the certainty. But in a world of change, details keep changing – agility becomes key, the ability to keep adapting and improvising matters more.

Individuals who seek to challenge the status quo, catalyse new ideas, and inspire change, are seen as disruptive, threatening the carefully developed harmony of teams and organisations.

Change narratives that lack detailed implementation aren’t believed, and “cascading” new approaches doesn’t work. Change, according to McKinsey, needs to be more hands on, to address the blockers of change, to make specific process or behaviour improvement, and direct to every part of the organisation.

These differences in culture are not new to us, and are brilliantly illustrated by Erin Meyer in “The Culture Map” showing the extreme hierarchical and consensual nature of Japanese culture.

In my new book “Business Recoded” I explore leaders across the world who are shaking up markets, and their organisations. Some of the most interesting leaders are Japanese.

Masayoshi Son, CEO of SoftBank is one Japanese leader who has vision in abundance. He is often called the most powerful man in technology, because of his huge investments in companies from Alibaba to Bytedance, Coupang to Didi, Nvidia and Uber.

Son has an obsession for technological developments, and a 300 year plan for driving corporate success. Some of his investments are truly visionary, like his early stake in Alibaba, while others have been less good, like WeWork.  Yet his long-term portfolio approach can cope with failures on the longer journey to success.

Similarly, “don’t take it too seriously, you’ll eventually find success” is the advice of Tadashi Yanai, CEO of Fast Retailing which owns retail brands like Uniqlo, and the French brand, Comptoir des Cotonniers.

Yania says “Uniqlo is not a fashion company, it’s a technology company.” And indeed, the brand’s approach to making apparel has more in common with the iterative approach to product development embraced by the technology industry than the cyclical, trend-driven rhythm of the fashion industry.

Noriaki Horikiri is the leader of Kikkoman, one of the world’s oldest companies. The Japanese soy sauce brand can trace its roots back over 350 years to a family business, that made sauce for the Emperor’s palace in Osaka.  It has remained one of the most recognised symbols of Japanese industry and culture.

Yet Horikiri knows that he needs to innovate his traditional business to keep pace with changing markets, consumer tastes and global competition. In recent years, he has developed a diverse portfolio of sauces and other food ingredients, all under his brand. His challenge, though, is to balance tradition with newness.

I work with a great variety of Japanese organisations, with a focus on helping their leaders to make sense of a changing world, to see the opportunities unlocked by that change, to drive innovation and transformation across their business, and to find new ways in which they themselves can be more effective leaders:

What have I learnt from working with these companies?

Japanese companies have some great strengths to build on

but they need to combine these with new ways of working

So how are Japanese companies going about seeking to embrace change?  Not least, as they becoming increasingly multinational, through acquisitions and partnerships, and reaching new cultures and audiences. And how can Japan break out of its economic blinkers, to drive new innovation and growth?

The corporate philosophy of the drinks group is to “satisfy customers with the highest level of quality and integrity while contributing to the promotion of healthy living and the enrichment of society”.

Atsushi Katsuki, CEO of Asahi Breweries says “as a brand, our philosophy is you get the most out of life, not by following the path, but by exploring and re-inventing the future and there’s no country in the world that does this better than modern Japan.”

Based in Ōta, Tokyo, it specialises in optical, imaging, and industrial products, such as lenses, cameras, medical equipment, scanners, printers, and semiconductor manufacturing equipment. It’s 80-year history is built on a DNA which it describes: a respect for humanity, an emphasis on technology, and an enterprising spirit that the company has consistently passed on since its foundation.

Canon then, rather bizarrely and almost in denial of a volatile world, adds “Unfortunately, current factors related to economies, resources and the environment make realising kyosei difficult” and says it strives to eliminate these factors.

“The Three Selfs” is another guiding principle, and could help to resolve this confusion:

The imaging business has come a long way since the days of camera film, when there was Kodak and Fujifilm. Today, Kodak is essentially gone, while the Japanese business has thrived. Through innovation.

Shigetaka Komori, CEO, says “Building from our legacy of innovation in photographic film, today’s Fujifilm is a technology company impacting the fields of healthcare, materials, business innovation and imaging. We will continue creating value from innovation, leveraging our advanced and unique technologies to solve social changes. We will never stop building our experience and expertise to transform ourselves and the world.”

The “never stop” mantra drives innovation in all forms – from products and services to new businesses and new business models. It embraces creativity and diversity, failure and learning, in order to keep trying, testing and moving forwards.

“Capitalism has lifted countless people out of poverty. However, with the expansions of digitalization and globalization, capitalism has produced greater inequalities and divisions. In its present form, capitalism is not truly contributing to the well-being of humanity. We need to reimagine capitalism, to incorporate social sustainability and people’s well-being.”

Sompo is now working on a new strategic agenda – to develop roadmaps for its businesses to generate greater economic value – and to ensure they create social value.

It has entered the nursing care business as an investment in the future to help solve the social challenges of a rapidly aging society, to reform eldercare and nursing homes. “Our goal is that through technology and data driven research we can design nursing care that makes our grandparents smile. That, in turn, would bring greater happiness to society as a whole, and reduce the burden of nursing care on society.”

More generally, Sompo’s mission is to be a “theme park for security, health and well-being”, and to contribute to the happiness of people, society and the planet.

The Japanese whisky and brewing company was established in 1899, and has since extended geographically and into new categories, most notably with the acquisition of iconic American brand Beam, and the soft drinks business of Orangina, and Frucor energy drinks.

A little abstract, it is supported by a mission “to create harmony with people and nature” and vision “growing for good” which more practically puts the business’ pursuit of profitable growth directly linked to its positive contribution to the environment and society.

“Yatte Minahare” is perhaps the most energising concept of all, “the bold spirit of ambition.”

Last summer, I read Adharanand Finn’s excellent book The Way of the Runner, about his time living in Japan, running with a corporate team. He also spent time with the “marathon monks” of Mount Hiei near Kyoto, who attempt to run 1000 marathons in 1000 days in search of spiritual enlightenment. Only 46 monks have succeeded in 130 years.

Finn realised that Japanese see sport as a route to personal fulfilment (indeed, many sports, like judo or kendo, end with the suffix -do, meaning “the way”).  Marathon running, in particular, is seen as honourable, instilling the values of hard work and commitment.

This is good, but limiting.

Japanese business needs to adapt rapidly to a changing world.

It needs to take the best of its fabulous heritage and traditional culture – of collaboration between people, and respect for nature – and combine it with the best of modern, progressive Japan – with the boldness and creativity that is required to challenge and catalyse new ideas, new opportunities, new ways of working.

The opportunity is to combine

“At Suntory, we dare” says Takeshi Niinami, CEO. “Dare to imagine, dare to question, dare to take risks and create value from the unknown. Great experiences emerge from the courage to dive into the realm of what is possible. We pursue the thrill of invention and relish in the now, because we know the future belongs to those who are fresh, free and unhindered.

The prospect of the unknown does not hinder our ability to imagine new possibilities and make them real. That is why at Suntory, we say, Yatte Minahare. This is our challenge to each other in our shared ambition of creating new experiences and embarking on bold ventures. To be pioneers and entrepreneurs.”

But that requires leaders who are willing and prepared to change, and then work effectively with their teams to do likewise. It is transformational, but without losing the uniqueness of Japan’s culture.