Doughnut economics … creating a safe and just space for humanity, above the minimum living standard, and below the ecological limits of the planet 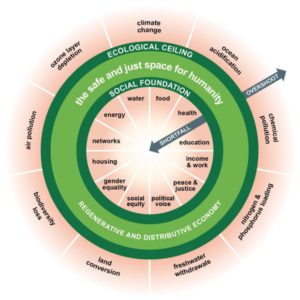 “Humanity’s 21st century challenge is to meet the needs of all within the means of the planet” says economist Kate Raworth. “In other words, to ensure that no one falls short on life’s essentials (from food and housing to healthcare and political voice), while ensuring that collectively we do not overshoot our pressure on Earth’s life-supporting systems, on which we fundamentally depend – such as a stable climate, fertile soils, and a protective ozone layer.”

She illustrates the challenge as a doughnut, with social and planetary boundaries.

Between social and planetary boundaries lies an “environmentally safe and socially just space” in which humanity can thrive.

In 2018 Raworth applied the model to to 150 countries in a study for the G20. Her findings were provocative, saying “The doughnut challenge turns all countries – including every member of the G20 – into ‘developing countries’ because no country in the world can say that it is even close to meeting the needs of all of its people within the means of the planet. In fact Vietnam is the closest country to it. Some countries like India act within environmental limits but fall short socially. Industrialising nations like China are now crossing environmental limits, whilst high-income nations like USA massively overshoot both boundaries.

Most recently, Amsterdam became the first city to embrace the model as a framework for its future development.

The doughnut was originally developed by economist Kate Raworth: 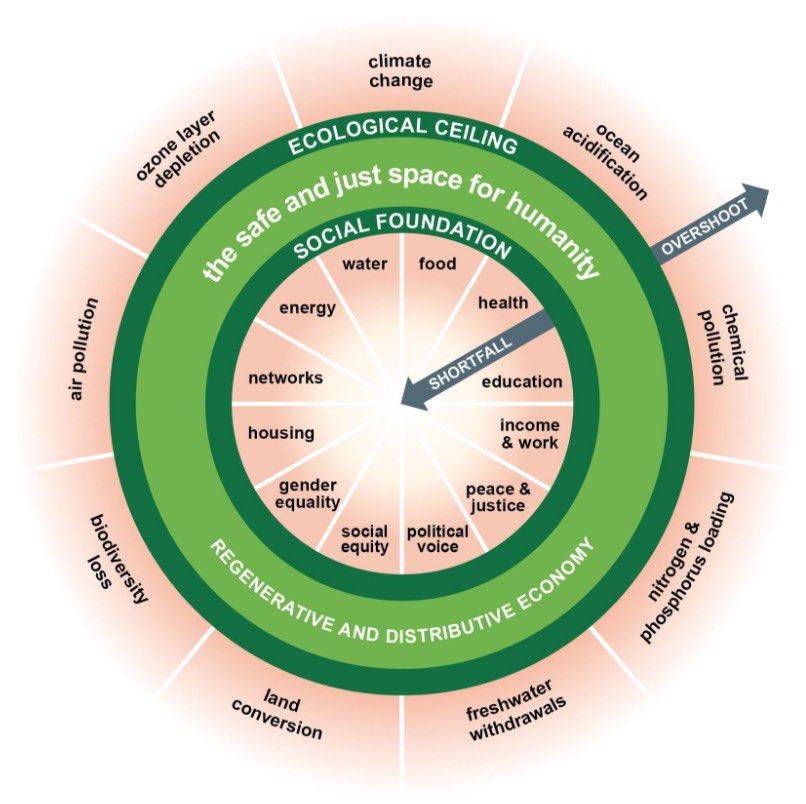