The Over 60s … How do you think of this $22 trillion market opportunity … as elderly grandparents, or baby boomers in their affluent prime? 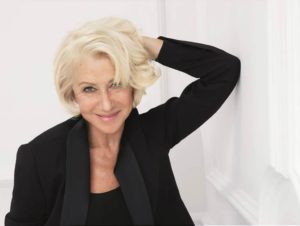 It’s easy to think of the over 60s consumer as old … white-haired grandparents, slowing down, retired from work, declining health, drinking cups of tea, gazing into the sunset.

In 35 years of marketing, it constantly annoys me that most marketers – particularly ad agencies, and therefore the clients and brands they work with – are largely uninterested in this market.  Most creative outputs focus on youthful audiences – look in any fashion store, travel brochure, supermarket – youth is sexy, aspirational.

Young creatives identify with their own, inevitably, and lazily.

We all know that older consumers have most of the money. And are also the growth market. And they are certainly not the “old grannies” of our prejudiced stereotypes. Perhaps, my 35 years gives you a clue to my outrage. 60 years old does not seem so far away!

A few weeks ago I watched Sting on his current world tour. The Police frontman, global rock star, leather pants and bass guitar, looked and sounded better than ever. Having just celebrated his 70th birthday.

Tom Cruise turns 60 this year. There is still no mission impossible beyond him. So does Demi Moore. Think about Barack Obama shooting basketball hoops, Madonna still singing and gyrating to her erotica, or George Clooney, or Kim Cattrall, or Bono walking on stage to front U2. Julianne Moore, Colin Firth, Christie Brinkley, Jeff Goldblum, Denzel Washington. All over 60.

Perhaps we should stop thinking of age.

“Stage (Not Age)” is a new book focused on this $22 trillion opportunity, which Susan Golden argues can be unlocked only if you rethink everything you think you know about people over 60.

“In the time it takes you to read this, another 20 Americans will turn 65. 10,000 people a day are crossing that threshold, and that number will continue to grow. In 15 years, Americans aged 65 and over will outnumber those under age 18.”

Across the world, nations are getting older. My recent research into “megatrends” indicates a 40% increase in the number of over 60s by 2030. Think of the implications for everything from pensions to healthcare. Think about the opportunities for leisure, travel, entertainment, work, nutrition and so much more.

“Nearly everywhere in the world, people over 60 are the fastest-growing age group. Longevity presents an opportunity that companies need to develop a strategy for.”

Estimates put the global market for this demographic at a whopping $22 trillion across every industry you can imagine. “Entertainment, travel, education, health care, housing, transportation, consumer goods and services, product design, tech, financial services, and many others will benefit, but only if marketers unlearn what they think they know about this growing population.”

The key is to stop thinking of older adults as one market.

Like every demographic, over 60s are a deeply diverse population. “They’re traveling through different life stages and therefore want and need different products and services” says Golden.

We need to reset our understanding of what an “old person” is. To consider the diverse attitudes and behaviours, needs and wants involved. 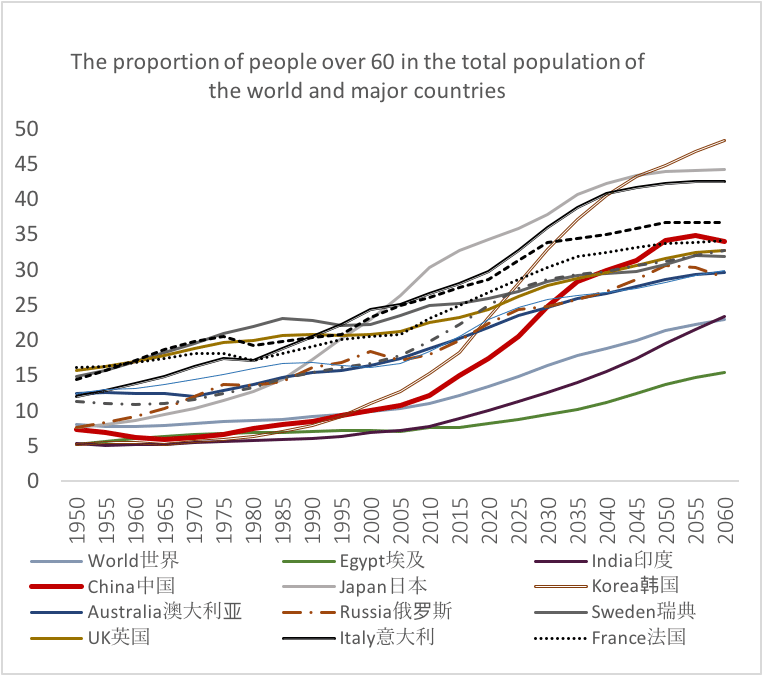 The ageing population is most significant in Asia, with longer lifespans and declining birthrates. A recent article in Campaign Asia focused on the opportunities of the Over 60s market in Asia, saying “Marketers need to wake up to their spending power, and that they are just as dynamic as younger shoppers.”

“By 2050, one in four people in China will be aged over 65. Japan is already the oldest society on earth with a quarter of the population over 65, set to rise to 40 percent by 2060. The Japanese are ageing in such numbers, in fact, that the government has categorised those aged 65 and above as “pre-old”, 75-plus as “old”, and the over-85s as “very old”.

“Hong Kong, South Korea and Thailand also have a rapidly shrinking share of working-age population, and the UN predicts that in the next 30 years, the number of people aged over 60 in Asia will increase dramatically from 11 percent of the total population to over a quarter.”

“There is no doubt that this is the largest, fastest-growing, wealthiest segment of population in most developed markets of the world,” says marketing consultancy Silver Group. “And in Asia-Pacific, 54% of high-net-worth individuals are over 56 years of age, according to Cap Gemini and Merrill Lynch.”

Nielsen says ‘baby boomers’ in the US spend close to half of all FMCG dollars, yet less than 5% of advertising is geared towards them.

Mintel says “there is the assumption that over 60s tend to live life the old-fashioned way, without aspiration.”   In China, Mintel’s research found that after spending on health, almost half of consumers aged 55 to 74 said they wanted to spend money on being entertained and on social events. They also wanted to spend more time travelling than shopping.

As well as positivity, consumers aged over 60 also crave authenticity. “Older consumers are the most experienced consumers. After all, they’ve been sold to for longer. As a result, they tend to see beyond the ‘cheap tricks’ of marketing and look for genuine value in brands.

One brand doing well in engaging with older consumers is L’Oréal, with its use of authentic and popular older models, such as (70 year old!) Helen Mirren, and age-friendly taglines like: ‘We’ve still got it, and we’re still worth it’. Another successful brand launch was the contemporary-looking Sixties’ Bamboo Charcoal Toothpaste, which was reformulated and designed for senior consumers in China, marketing specific benefits for the older age group.

Reebok also made headlines when it appointed 80-year-old actor Wang Deshun as its brand ambassador in China. Wang also stars in Reebok’s latest Chinese video campaign ‘Be more human’. Apparently Wang only got into sport in his 60s and is an example to prove that people are never too old to pursue their goals.