Headspace to Hopin … Who are the British disruptors seizing the shake-up of pandemic to shape the future of their markets? 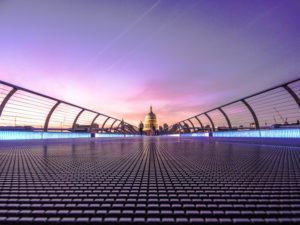 Across the world, markets are being dramatically shaken-up.

There’s a new order in almost every sector, not just because of technological innovation, but also because of the seismic shift in power towards Asia, a new generation of young people with different value, the critical issues facing us all environmentally and  socially. And then there was the disruption of a global pandemic, which challenged the resilience of everyone, but also accelerated consumer change, in some cases decades of change in a year.

Now the future is different. Social attitudes and digital behaviours have been transformed – how we work, learn, shop, and socialise. Working from home, we loved the new flexibility of schedule and end of commuting, but struggled to unplug, says Mintel. Online retail grew more in 8 weeks than the last 10 years, telemedicine went from 2% to 98% of all initial health appointments in 15 days. Disney+ achieved the market growth in 5 months, which took Netflix 7 years.

Across the world we see the rise of incredible new companies, and the odd comeback of older companies reimagined too.  Some of the scale is mind boggling. If we consider market value, for example, as a measure of the scale and confidence in a company’s future, then the disruptors become clearer

In the UK, where there is still a Brexit-inspired, rose-glass view of the world, they still think that their local heroes are global leaders, but get surprised when they don’t even figure in the world’s top 100 brands.

A new generation of British innovators

So what is left for a flagging nation like the UK, with stagnant growth and nationalistic politics, has it lost its place in the world’s marketplaces, as a source of leadership and innovation? Not quite.

ARM, currently owned by Softbank but looking to move to Nvidia, depending on approval, provides cloud services and internet of things solutions. ARM’s business model has served it well, by focusing on reference designs for semiconductors as they proliferated in types and lifecycles, staying flexible with the agile manufacturing of a global ecosystem of partners.

Also based in Cambridge, the British-Swedish pharma business has been one of the leaders of the race to find a Covid vaccine, working in partnership with Oxford University. It has a portfolio of products for major diseases in areas including oncology, cardiovascular, gastrointestinal, infection, neuroscience, respiratory, and inflammation

Ali Parsa created the digital healthcare business in 2013, offering an AI-enabled smart-phone based health service to its call centres where it centrally brings together many different experts for rapid patient response. It works with nations across the world developing telemedicine approaches, including GP at Hand initiative in the UK.

Alex Chesterman is seeking to transform the way people buy their next car. He realised that whilst people love their cars, they don’t always like the process of buying and selling them. So he created a totally new way, providing transparency, convenience and peace of mind.

Founded in London in 2010, now part of Google, it aims to build advanced AI to expand our knowledge and find new answers. By solving this one thing, it believes it could help people solve thousands of problems – to diagnose eye diseases as effectively as the world’s top doctors, to save 30% of the energy used to keep data centres cool, and to predict the complex 3D shapes of proteins.

Andy Puddicombe is a former Buddhist monk with a degree in circus art. He created Headspring with one mission in mind: to improve the health and happiness of the world. Reaching more than 65 million users in 190 countries, it was one of the first meditation apps in the world and remains a leader in mindfulness and mental training.

Johnny Boufarhat created the first all-in-one live online events platform where attendees can learn, interact, and connect with people from anywhere in the world. Hopin events are known for their full conference capabilities: stages, networking, breakout sessions, sponsors, tickets, and analytics. It’s all online—everyone can attend at no cost to the planet

Peter Rawlinson is a British car engineer who made his name at Tesla, and then set to create his own business. Based in California, Lucid calls itself the new generation of EV. Its relentless focus on innovation, luxury, and sustainability drives us into a reality where you no longer have to choose between doing great things, doing the right thing, and doing everything with the highest regard for efficiency and design.

Mediatonic, founded in 2005 by friends Dave Bailey and Paul Croft is a games developer with over 300 developers across London, Brighton, Madrid and Leamington Spa and is now part of Epic Games. Best known for Fall Guys: Ultimate Knockout, it delights in creating games that are joyful, inclusive and approachable; and love the weird, the surprising, and the wonderful.

A fashion brand, which describes itself as a materials science company bringing breakthrough innovations and patents into the world through lifestyle products. They say their products should be beautiful whether they are made from next generation bio-materials or recycled fibres; woven with smart technology, made with as many sustainable and recyclable elements as possible.

As pioneers in mining and metals, they produce materials essential to human progress: iron ore for steel. Aluminium for cars and smartphones. Copper for wind turbines, electric cars and the pipes that bring water to our home. Borates that help crops grow, titanium for paint – and diamonds that celebrate the best things in life. During Covid, they saw a remarkable shift to using AI and digital technologies, including drones and robots throughout their mining operations.