Rise of the super-apps … Bolt and Gojek, Grab and Jio, Line and Meituan, Rappi and Sea, and WeChat 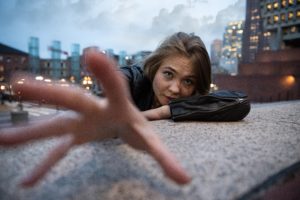 The pandemic pivot to digital, in some cases a decade of change in just 12 months, is perhaps most obvious in the rise of a new generation of integrated, mobile-centric service businesses known as “super-apps”. One of the most popular is WeChat, particularly in China where everyday life centres around the single app.

In recent months, there’s been a huge development in functionality and popularity of these super-apps. WeChat evolved from a social media platform into much more. GoJekand Grab both evolved from taxis to deliveries and payments. China’s Meituan started in food deliveries, and then mushroomed. As did Colombia’s Rappi. There is Line in Japan, Sea in Singapore, Bolt from Estonia, and Jio’s phenomenal free phone-driven growth in India.

Super-apps are sometimes likened to the Lord of the Rings’ mythical “one ring to rule them all”. They create more value for business by offering more ways to engage with existing customers, more often, more profitably. Customers can easily move from food orders to fashion, utility bills to movie tickets, taxis to games, in one click. No need to enter new passwords or payment details. As a result, there are huge efficiencies in customer acquisitions, technology infrastructures, and management. Investors love them too.

WeChat … from Chinese social media to mobile payments, launched by Tencent in 2011, and with 1 billion monthly users by 2018. It includes a diversity of messaging and video conferencing services, video games and photo sharing. User activity is tracked by the government, who also use it for government services, public information and social “credits” (or fines).

Rappi … the Colombian super-app, has spread to over 200 Latin American cities over the last 5 years. It has a similar diverse range of services, some of the most popular being cash deliveries (from ATM to home) and dog walking. Also in demand during the pandemic have been RappiMall and RappiEntertainment, including live music and sports.

The term “super-app” was coined by Mike Lazaridis, the founder of RIM (Research in Motion, the Canadian company behind the Blackberry). In 2010, Blackberry was the market leader in smartphones, with a 42% global share. At the Mobile World Congress 2010 he introduced Super Apps, describing them as integrated, contextual, and seamless “apps that once you start using, you wonder how you ever lived without them”.

Key to this integration is the payments engine, which most have developed themselves, and in many cases that has meant essentially becoming banks too. Alipay, now evolved into Ant, is a powerful example. Indeed, Piyush Gupta, CEO of Singapore’s DBS bank recently said that payment platforms like GrabPay are their biggest challenges.

This also starts to explain why many tech platforms in more developed markets, like Europe and North America, have not evolved into super-apps. There is more established competition, delivery networks and payment services. Amazon, Google, Facebook, Microsoft offer diverse content, but not the same range of transactional services like deliveries, transport, and utilities, as many of these rising stars of the developing world.