Business Recoded … Hooi Ling Tan was studying at Harvard when she co-created Grab, the $10bn South East Asian super-app where she is known as “the plumber” 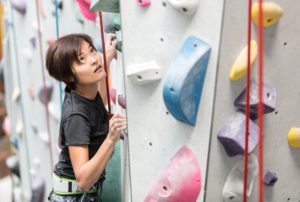 Tan grew up in Kuala Lumper before travelling to Europe to study engineering at the University of Bath. She took a year out from her studies, to work for Eli Lilly in Basingstoke. It made her realise that even in a world of fast-changing technologies, the real decisions and future strategies in business are made by management not engineers.

She returned to Malaysia and joined McKinsey, although her long days meant that she would rely upon the city’s notorious unlicensed taxis to get her home after dark. Her worried mother sat at home, seeking regular text updates, waiting for her daughter’s safe arrival home. Little did she realise that her late-night journey home would come to have a much more significant impact on her career than her consulting work by day.

McKinsey sponsored her to go to Harvard where she was taken by how to build a sustainable business, and realising the opportunity to serve the many more under-served consumers at “the bottom” of the pyramid, rather than just seeking the elite. She also met another Malaysian at Harvard, Anthony Tan, who would become her future business partner.

The two Tans bonded over the idea of making taxis safer in their native south-east Asia, developing a business plan which won £25,000 in HBS’s New Venture Competition 2011.  Using their winnings, and personal funds, they set about launching a mobile app, initially called MyTeksi a year later, and then renamed Grab. It helped that Anthony’s family were the largest distributor of Nissan cars in the country, and they soon had a fleet of taxis and motor bikes on the streets of KL. However, Hooi-Ling had to return to McKinsey in return for funding her education, but spent every vacation flying back to help develop her fledgling start-up.

In 2015 she returned full-time to Grab, and took on the title of COO – focused on product development, customer experience, and HR. In reality though, she became known as “the plumber” because of her pragmatic operational focus on problem solving, unlocking bottle necks and reshaping the business model, to deliver on their customer dream. Progress depended on building many partnerships, where there were rarely any rules to follow. Partners trusted the pair, she says, because of their passion to help make life better.

Grab became known as the Uber of south-east Asia, locked in a battle with GoJek to be the leading provider of ride hailing service. The business grew rapidly to become a $10 billion platform-based business that now operates in over 225 cities across Asia, with over 100 million users. In 2018, Grab acquired Uber’s $6bn regional business, including UberEats, which sparked the move into food delivery, and many other sectors.

Thousands of Grab’s green-jacketed motorbikes, cars and helicopters now wait to deliver anything anywhere, faster than anybody else in south-east Asia.

In an interview with Marie Claire magazine Tan says “As a woman leading an organisation, you are typically in a minority, so it is never an easy path, but take pride in leaving a legacy that makes it easier for generations of women to come. At the same time, never feel you have to do it all alone. Learn to fail and iterate quickly and find good partners who respect you for you.”

“With Grab, I was fortunate to find a true co-conspirator in Anthony. As an introvert, I’ll typically pause, reflect on why I am feeling doubt, and reset so that I can focus on what to do next. I also discuss these doubts with my trusted confidantes to stress-test my assumptions and source ideas on how to approach a situation better. And I intentionally stretch myself beyond my comfort zone. That helps me develop the muscle I’ll need for those inevitable moments of self-doubt.”

Tan is particularly excited by the growth potential of the region, describing it as the world’s fourth largest economic region (after China, USA and EU). It is a patchwork of nations and cultures, islands and languages, but with many shared challenges of infrastructure. It is 600 million people, including a huge emerging middle class, and great desire to leap-frog other nations in its progress through technology.

She says success for a start-up is when the company no long depends on its co-founders.  However she is a constant innovator, fusing ideas from other places, typically through partners, including an e-wallet, a peer-to-peer paying system and insurance. Indeed she sees payments as the fuel that powers her “super app”, enabling it to become the most convenient, integrated and trusted source of anything.