The best leaders are great coaches … So what can you learn from the world’s best sports coaches, people like Patrick Sang, the coach of world record breaker Eliud Kipchoge? 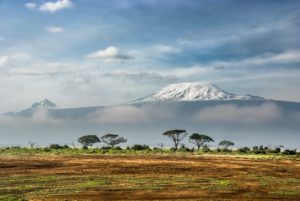 There is so much about leadership that we can learn from sport.

It’s popular to talk of leaders as coaches today. Most business leaders here that and think it all takes is an occasional sit down for a performance review. But think about sports coaches. They prepare their athletes over many months for the special moments of competition, but when the game starts or the gun fires, the athlete is on their own.

A coach therefore needs to be so much more, not just in developing physical talent, but developing emotional mindsets that have the personal motivation to perform at the highest levels, the mental agility to respond to any situation, and the confidence to make their own decisions, once the coach steps back.

Leaders as coaches are not the performers, their athletes are.

Patrick Sang was one of the world’s top runners, but not the best. When he retired, he took all the wisdom of his own career, and put it into coaching others. He found that he could be an even better coach than an athlete. Indeed leaders do not have to be “better” than their teams, they add value in different ways.

In this video, we meet Patrick Sang at his athletes training camp, in Kaptagat, Kenya. Here he brings together, many of the world’s top athletes – including Olympic champions and world record breakers like Eliud Kipchoge and Geoffrey Kamworer. At the end you see a special moment, when Kipchoge had just run the first sub-2 hour marathon in history. His coach watching.

Here, in an extract from SPIKES magazine, is a profile of Patrick Sang’s approach to coaching:

“It’s like opium,” says Patrick Sang, his eyes wide like an addict, though the affliction he’s talking about is far less harmful than narcotics. “Being active in athletics as a coach and previously as an athlete – it’s something I cannot do without. It gives me a big high when I see an athlete perform, especially one who went from nothing to something.”

At a hotel in central London, three days before his star protégé cruises to another facile win, the man who built the greatest marathoner in history is sharing the secrets of his trade, choosing his words with the considered wisdom of a preacher.

“The biggest organ that drives success in athletics is the mind, not the talent,” he says. “Many people don’t know that, but an athlete who is not disturbed mentally and is talented can go very far.”

His most famous athlete is proof of that. After all it’s almost five years since Eliud Kipchoge has lost a marathon, and ever since taking a shiny gold piece of excess baggage home from the 2016 Olympics, the world has become well-versed in his story. But what is less well known about the 33-year-old is how lucky he was to grow up where he did, as a farm boy in rural Kenya with Sang as a nearby neighbour.

His first coach, his only coach.

“He has taught me the morals of life, how to really concentrate and be happy and not go off course,” says Kipchoge. “He’s a mentor, a sports coach and my life coach.”

His first ever athlete, though, was the man in the mirror.

Back in the early 90s, Sang was a self-coached 3000m steeplechaser, winning silver at the world champs in 1991 and 1993 – beaten on both occasions by Kenyan great Moses Kiptanui – and in 1992 he took Olympic silver in the same event in Barcelona.

While still a competitive athlete in 1995, he agreed to coach some of his Kenyan compatriots, his first major success arriving in 1997 when Bernard Barmasai broke the 3000m steeplechase world record. Up until 2000 Sang relied on the knowledge gleaned from his own career, but then he got a call to say he’d been selected for a coaching programme being run at the IAAF Regional Development Centre in Nairobi.

Over the next five years, he progressed through the levels and in 2005 qualified with the highest coaching certification available.

“After that I realised coaching was not the way I knew, it’s event-specific,” he said. “Knowledge has to be applied, and the application of knowledge gives you a response from the athletes, whether it’s working or not.”

If there has been one key to his success, it is this.

“The biggest teacher to me is the feedback mechanism from the athlete. It can take a few months, maybe even just one month, to learn that.”

Sang is adamant his athletes arrange their lives in a way that allows him to apply a long-term approach. “We try to build a system with the athlete that their careers can be straight for 10 years,” he says.

Group training is a key ingredient, but it’s not a one-size-fits-all approach.

“The training fundamentals are the same across the board, but what is different is the abilities,” he says. “We try to train people to respond to their abilities – it’s an individualised training programme in a group.”

The bulk of Sang’s athletes are aligned with one of two agencies, One4One Sports or Global Sports Communication, and at his training base in Kaptagat the 54-year-old doesn’t just train athletes; he mentors them.

“The challenge is making them understand what coaching is all about,” he says. “Because you can have the best ideas as a coach but if the athlete is not evaluating the knowledge you’re trying to impart, then it’s not applied. Coaching is all-round; they have to be a parent, a physician – all the aspects that make an all-round person.”

All of Sang’s athletes come from humble backgrounds, many from poverty, so there’s an inherent risk that some could drift from the sport after a big win.

“Money is a big distractor,” he admits. “An athlete who is talented but not protected from social issues and all these challenges, even financial management, cannot perform. An athlete who is not strong mentally can easily be distracted by money.”

In his experience, the champions who endure are those with a steely mindset, but Sang admits there’s little he can do in that department.

“Most of the time, the athletes come with it,” he says. “The ones who don’t have it, you try to do what you can, but sometimes they are very slippery because you don’t get to the end with them. An athlete with a strong mind, wherever they go they will always perform.”

For Sang, the most fulfilling successes are not always the high-profile ones, but when he moulds a new life for athletes who came to him with nothing. He cites the example of Philemon Rono, who grew up on a farm in Markawet District and whose athletic talent was, shall we say, not always apparent.

“If you see this guy, you’d never believe he could do it,” said Sang, demonstrating Rono’s diminutive stature. “But he did 2:06 last year to win in Toronto! Then what Geoffrey [Kamworor] did the last few years, knowing I picked him from nothing to all this, gives you a special satisfaction.

“I’ve never gotten a PhD but to me, this is like getting a PhD. You cannot quantify the feelings inside when that happens, and it’s got nothing to do with money.”

Perhaps the greatest demonstration of Sang’s ability came during the Breaking2 project, during which Nike spent millions to help three runners tackle a two-hour marathon in highly controlled circumstances in Monza, Italy. When their team of exercise physiologists visited Ethiopia’s Lelisa Desisa and Eritrea’s Zersenay Tadese, they made several adjustments to both athletes’ training, but Sang, they realised, was way ahead of them.

Without a treadmill, heart rate monitor or sweat sensor in sight, Kipchoge’s training was already perfect – the product of Sang’s intimate knowledge of both endurance training and his athlete’s tendencies.

“The feedback mechanism is like a current running between you and the athlete,” explains Sang. “When it’s established, the knowledge I have cannot make someone perform poorly.”

Sang was initially hesitant to allow Kipchoge take part, but was eventually talked around to the value of the idea and in the end, Kipchoge came up just 25 seconds shy of the two-hour barrier. “When a project like this comes and it’s new territory, it’s always a tough nut to crack,” he says. “You worry if you do this, will I endanger someone’s career? That crossed my mind with Eliud.”

In truth, things stayed much the same for Kipchoge during – and indeed after – the project, and despite all it took out of Kipchoge, Sang has since guided him to two dominant marathon wins, in Berlin last September and in London last weekend.

But what advice would he give to other coaches, those who hope – on whatever level – to build their own Kipchoge?

“To be successful is to have the knowledge of coaching, and to learn the abilities of the athlete very well so you do the proper training for that level,” he says. “With those two together – knowledge and understanding the athlete – you can never go wrong as a coach.”

Perhaps it’s best to leave the final word to the athlete who knows Sang best, who first met him almost two decades ago and credits him for what his career, his life, has become since.

“He is,” says Kipchoge, “the best coach in the whole world.”