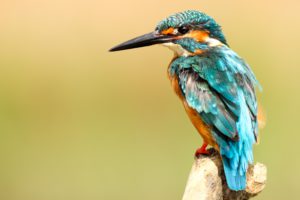 “Biomimicry” is the imitation of animals and plants, the models and systems of nature, to inspire new ways to solve complex human problems.

An early example was the study of birds to enable human flight. Although never successful in creating a “flying machine”, Leonardo da Vinci, who trained as an anatomist was fascinated by the flight of birds, inspiring his designs for mechanical flight. Centuries later, the Wright Brothers succeeded in human flight, apparently inspired by racing pigeons.

Otto Schmitt developed the concept of “biomimetics” in the 1950s, studying the nerves in squid  to engineer a device that replicated the biological system of nerve propagation. A decade later, Jack Steele coined the term “bionics” as “the science of systems which have some function copied from nature”.

Examples of innovations in today’s world inspired by nature include

“When we look at what is truly sustainable, the only real model that has worked over long periods of time is the natural world” says James Cameron, the producer of the epic sci-fi movie Avatar in which humans and technology fuse with the natural environment.

Scientist Janine Benyus is a leading authority on biomimicry as a way for innovators to be inspired by the ways in which the natural world has evolved over 3.8 billion years, in particular pointing to its interconnected systems, which we can learn much from.

Benyus’ organisation Biomimicry 3.8, based in Montana USA, has created a fabulous set of tools to support nature-inspired innovation. This includes the Design Lens (below) which sets out a framework for exploring how to design better solutions, in ways that might create better products for consumers, and also solve some of our biggest global challenges. 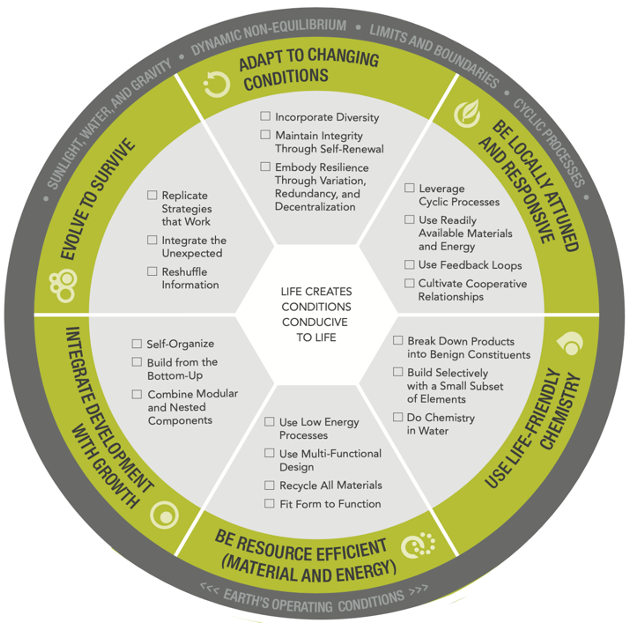