Brands as the most powerful, inspiring platforms for change … Overcoming the “circularity gap” to drive innovation, growth and enlightened progress 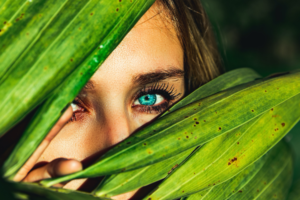 Human CO2 levels need to fall by 45% from their 2010 levels by 2030 if we are to avert a climate catastrophe (according to IPCC). 26 people now have more wealth than 3.8 billion people (Credit Suisse). We can’t afford to wait for political attitudes to change, or governments to act. Instead we should use the power of business to change our world.

It’s time for business to step up and be more. To reimagine brands as the most powerful, and inspiring, platform for change, driving innovation that solves bigger problems, inspiring consumers together to create more positive impact.

Think about its unique assets, resources and reach. Brands change hearts and minds, emotionally engaging with people’s aspirations and passions. Products and services can be innovated in ways that they do good as well as meet needs. Consumers and employees engage with brands every day, and collectively they can engage with each other to multiply their impact.

The global “circularity gap” is widening, according to a new report, The Global Circularity Gap 2020, published by the Dutch organisation, Circle Economy. The negative trend can be explained by three related, underlying trends: high rates of extraction, ongoing stock build-up, and low levels of end-of-use processing and cycling. 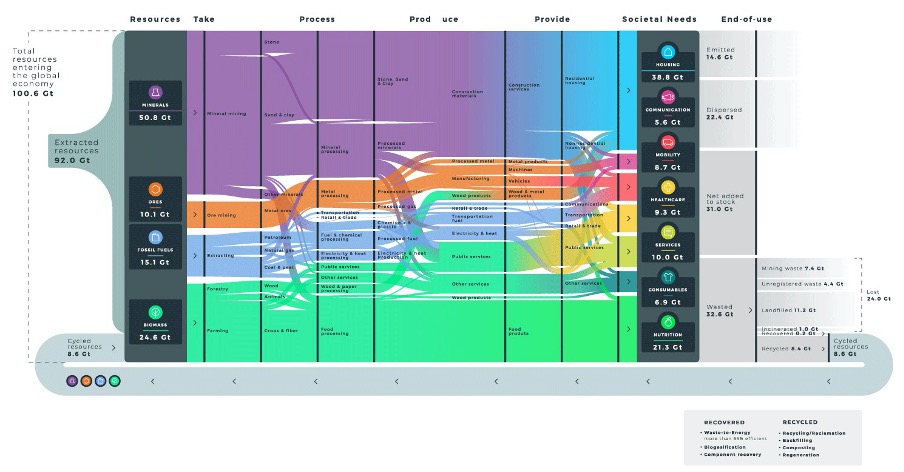 In that period total extracted resources have increased by 9%, from 84.4 to 92 billion tonnes. But the total of materials that are reused has grown by just 3%, from 8.4 to 8.7 billion tonnes, and fallen as a proportion of overall material use.

Despite all of the facts, most companies are still locked into the “take-make-waste” tradition of the linear economy.

In that period total extracted resources have increased by 9%, from 84.4 to 92 billion tonnes. But the total of materials that are reused has grown by just 3%, from 8.4 to 8.7 billion tonnes, and fallen as a proportion of overall material use.

Despite all of the facts, most companies are still locked into the “take-make-waste” tradition of the linear economy.

Traditional levers such as regulation and taxation could force change, but a far better approach is to create desirable, positive change. This is where we come back to business, aligning consumer needs and aspirations, with better ways to solve them.

Brands like Toms trailblazed this new mindset. Blake Mycoskie’s “one for one” program, giving a free pair of shoes to children in poverty for every pair bought, created a powerful, desirable brand. Many brands now put sustainability at the core of their proposition (not just a supporting “CSR” initiative), creating better products, while also doing good:

In today’s world, business can aim for a net-zero impact through a more circular economic model, but they also have the potential to do more – to create a net-positive impact.

“Saving our planet, lifting people out of poverty, advancing economic growth… these are one and the same fight. We must connect the dots between climate change, water scarcity, energy shortages, global health, food security and women’s empowerment. Solutions to one problem must be solutions for all” says Ban Ki-Moon.

We need to shift our minds from paradox to possibility – aligning short and long-terms, purpose and profit, humanity and technology, creating more from less, resource and replenishment, accessibility and exclusivity, equality and wealth.

There are only 31 types of fibre in the world, the last developed in the Second World War. Indeed 60% of the world’s textiles are made from polyester, a carbon-based material that is not biodegradable.

Spider silk has long been the Holy Grail of material innovation. It’s strong, biodegradable, and it can be used in everything from cosmetics to clothes. Many have attempted to grow the material in labs, but only a few companies have succeeded.

Dan Widmeier of Bolt Threads uses genetically modified yeast, sugar, water and salt, to develop a closed-loop process to bio-engineer a new protein fibre mimicking the structure of spider silk. It requires neither the polluting chemicals of petroleum-derived materials nor the land, water and pesticides of conventionally farmed fibres.

Biochemist Pat Brown wanted to create the world’s best burger. But he also wants to eliminate animal-sourced meat from our food chain, given its huge damage to our environment, from the destruction of rainforests to the emission of carbon.

Brown realised that the challenge was not to persuade vegetarians, but meat eaters. And they loved the sizzle, smell and taste of real meat. He created Impossible Foods, and identified methods and ingredients to naturally recreate everything – the sights, sounds, aromas, textures and flavours. The result? This impossibly delicious game changer of a burger.

Here are 30 facts about sustainability: