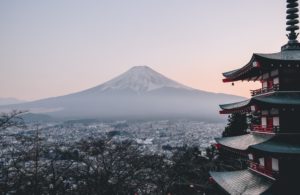 Around the world, there are over 5,500 companies operating for over 200 years since their foundation, excluding government, education or religious organisations. These companies are located across the world, most notably in Japan (3,146), Germany (837), the Netherlands (222), and France (196).

Here are the oldest:

Kongo Gumi, established in 578 AD, is the oldest, continually operating company in the world. Its headquarters are located in Osaka, Japan. This construction company was founded by an immigrant, who was commissioned by Prince Shotoku to build the Shitennō-ji Buddhist temple. Kongo Gumi was a family-run company for around 1,400 years until 2006, when the company struggled financially and became a subsidiary of Takamatsu. Before the merger, it employed over 100 individuals and had an annual budget of around $70 million. It continues to specialize in Buddhist temples today.

The second oldest company in the world is Nishiyama Onsen Keiunkan, a hot spring hotel in Hayakawa, Japan. It was founded in 705 AD. In 2011, it was recognized by the Guinness Book of Records as the world’s oldest hotel. This 37-room hotel has been managed for over 1,300 years by the same family. It is located near the Akaishi mountains and derives its hot water from the nearby Hakuho Springs.

Founded in 707 AD, the Koman Hotel is the third oldest company in the world. It is a ryokan or a traditional Japanese Hotel. It has communal baths and rooms with tatami mats. It was established by Gonnokami Hiuke, who was inspired to start the hotel after dreaming of four gods. In his dream, the gods told him he must live in that location to protect his family over the generations. He built a shrine dedicated to the Gods on the hotel’s premise. His descendants went on to open bathhouses In Kinosaki Onsen located nearby.

Hoshi Ryokan is another traditional Japanese hotel which was founded in 718 AD, making it the fourth oldest company in the world and the third oldest hotel. It is located in the Awazu Onse region of the Ishikawa prefecture in Japan. Management of this hotel has stayed in the same family for 46 generations.

Genda Shigyo, a ceremonial paper goods company, was founded in 771 AD. In 794, it moved its headquarters to Kyoto when the city became the capital of Japan. Today, its offices can be found between the Kyoto Imperial Palace and Nijo Castle. This company specializes in mizuhiki, colorful paper twisted into cords. These cords are used at events such as funerals and weddings.

Stiftskeller St. Peter is the 6th oldest company in the world and the first on the list to be located outside of Japan. This restaurant can be found in the city of Salzburg in Austria. It is the oldest restaurant in the world and the oldest company in Europe. Stiftskeller St. Peter was founded in 803 AD within the monastery of St. Peter’s Archabbey. The restaurant claims to have served several famous individuals over the last few centuries, including Christopher Columbus and Wolfgang Amadeus Mozart.