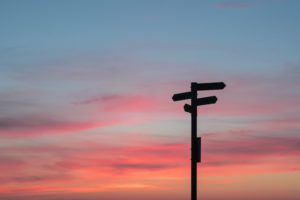 The future might seem incredibly uncertain right now. It’s only human to be fearful and even initially paralysed to the point of inaction. But for leaders it needs to be more.

Change drives new attitudes and behaviours, new ideas and solutions. If we see innovations take off rapidly in good times, when there is no need to change, imagine how the right ideas can grow when there really is a burning platform.

Innovators in downturns outperformed others by 14% over next decade

The companies that grew the most during the 2008 crisis were those that invested in innovation.

Some time ago, Harvard Business School’s Nitin Nohria joined forces with its business administration professor Ranjay Gulati looked into the financials of more than 4,700 public companies over three global recessions: 1980, 1990, and the 2000 bust.

Their results were brutal. 80% of companies endured a painful recovery, with only 9% of the sample group improving their performance and outdoing rivals in their industry.

So which companies make up this 9%? Were they the organizations increasing their innovation investments, as with the study of the 2008 financial crisis? Not necessarily. According to Gulati and Nohria, “Businesses that boldly invest more than their rivals during a recession don’t always fare well either. They enjoy only a 26% chance of becoming leaders after a downturn. And companies that were growth leaders coming into a recession often can’t retain their momentum; about 85% are toppled during bad times.”

So if investing in innovation during a downturn isn’t the key to success, what is?

Harvard Business School came to the same conclusion we did. The secret is striking the right balance between defense and offense. Successful companies are those that cut costs to survive while simultaneously investing in future growth.

Nobody enters a recession knowing what’s going to happen, even less so when there’s a pandemic involved. The best you can do as a leader is to set up a portfolio of activities designed to improve efficiency and take advantage of opportunities. You’ll need closed feedback loops to move with agility.

When it comes to reducing expenditure, the research suggested that it’s better to work on improving operational efficiency rather than opting to fire staff, which can lead to dips in morale, problems scaling up, and additional costs down the line when rehiring.

The best defensive strategies, based on previous crises, include:

To go on the offense, you basically want to do two things. Firstly, change as customer needs do. To achieve that, you’ll need to empower and protect your service design, user experience, and customer research teams.

Secondly, use the insights your team gathers to host a massive opposite thinking exercise – this will enable you to spot non-obvious opportunities.

The best offensive strategies, based on previous crises, include:
More from the blog