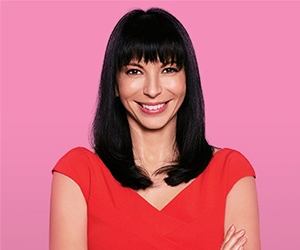 I first met Avon’s new CEO, Angela Cretu, during a customer-centricity masterclass I was delivering in Budapest a decade ago. As we talked about the primacy of the consumer, and how to create better propositions for them, she was adamant that in her business it was the network of self-employed sales representatives who were most important, and the proposition to them.

For years, Avon has stood out for its distinctive business model. It’s network-based model of peer to peer sales has thrived, selling to friends and neighbours within local communities, inspired by Avon’s support in “empowering women” to achieve independence, success and personal wealth. It also thrives on representatives recruiting their own local teams of representatives, with those at the top of “pyramids” able to potentially make millions.

However all of that changed with Covid-19. For years, despite declining sales and increasing competition from a new breed of direct and community-based beauty brands like Glossier and Beauty Pie, Avon had resisted a shift to digital. As competitors embraced natural ingredients and new business models, Avon clung to its old model of success.

Cretu, a 45 year old Romanian who has been with Avon for 22 years, took on the top job after the company was acquired by Brazil’s Natura for $2 billion last year, (Avon rejected offers of $10 billion back in 2012). The Sao Paulo-based company, led by Roberto Marques, has also acquired Body Shop and Aesop in recent times, restyling itself as Natura & Co.

Within weeks of starting her new role, one of Avon’s few growth markets, China, was locked down. Other key markets like Spain and Italy quickly followed. Cretu’s first response was to her 5 million self-employed sales representatives, providing masks and safety guidance. But the business was in deep trouble, unless it changed quickly.

“It was a wake-up call to our business” she says, “Everybody came together in ways I could never have dreamt of. This spirit has accelerated the appetite for people to change and adopt new ways to work almost overnight”.

A new digital sales platform was rolled out within 8 weeks, giving representatives new digital tools to build their own websites within the Avon ecosystem, migrate their contact databases, and establish new forms of relationships with consumers. Avon reconfigured its logistics to offer deliveries direct to consumers, once ordered through representatives.

“We have learnt that we have to stop acting in a hierarchical corporate way and start acting like a network of professionals, empowering one another, making fast decisions” she says.