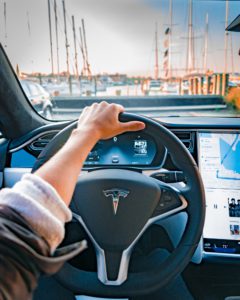 Tesla is now the world’s most valuable automotive company, with a market cap of $209 billion on 1 July, just ahead of Toyota. It is now worth more than the combined value of the top four European companies – Volkswagen, Daimler, BMW and Ferrari.

A decade ago, many questioned the ambitions of Elon Musk and his team in Palo Alto. Just two years ago, Musk was said to be sleeping on his factory floor, as he worked day and night to ramp-up production. And Tesla, of course, has never yet made a profit.

In recent months Covid-19 has accelerated demand for electric vehicles. Tesla also offers a uniquely low-touch experience, bought online and delivered to your home, and recharged remotely. There’s also features such as the “bio-weapon defence mode” air filtration system that has become popular in a pandemic.

Tesla, however is much more than a car brand. Musk has been particularly keen to accelerate development of its Tesla Semi all-electric truck, as the road haulage market is expected to rapidly migrate to electric, and then driverless models. 6 months ago he also launched the futuristic Cybertruck with striking angular design and (almost) unbreakable windows.

Even more significantly, in 2017 Tesla Motors changed its name to Tesla Inc. and has steadily diversified its business activities, most notably into battery energy storage, for both home and large-scale use. It also acquired Solar City, the solar roof tile business. Musk described Tesla’s purpose as “to accelerate the world’s transition to sustainable energy”.

Combining the capabilities in battery technology and vehicle development has particularly excited investment analysts, Musk has revealed plans for a “million mile” battery lasting up to 16 years, which Tesla’s Chinese supplier Catl has been working on and which is predicted to significantly lower the cost of electric vehicles.

Perhaps Tesla’s situation helps to explain why stock markets are proving remarkably immune to the economic turmoil created by the global pandemic, and felt by most of us right now. While stores are closed, jobs lost and the future seems uncertain, stock markets are booming, above pre-pandemic levels of early 2020, and around 10% up on last year.

Why? Firstly a stock market, like the value of any company, is a reflection of future potential profits, rather than current profitability. This is tempered by confidence in the future, which is still strong in the mid to longer-term. Secondly, most stocks are held by the wealthiest in society, who are less affected. And third, technology companies like Amazon and Apple, Google and Microsoft have done well during lockdown, as life has migrated to digital platforms, and are by far the largest players in the markets.