Time to “RE/CODE” your business … Inspiration from 80 global leaders – Jay Sean to Jim Snabe, Paul Romer to Bertrand Piccard – at The Recovery Summit 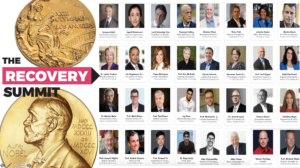 “There has never been a moment quite like this” said Cosimo Turroturro, as he introduced The Recovery Summit, an ambitious thought leadership ultra-marathon, a 40 hour webinar over 5 days.  With a global audience of almost 10,000 people, inspired by 80 of the world’s leading minds, he continued “Individually and together we face challenges we have never encountered, but also opportunities which we have never had before.”

Here are some of the best quotes, from leaders of business, politics, sports and much more:

“Now is the time for leaders to accelerate the future, with an inspiring dream and practical capabilities” began Jim Hagemann Snabe, chairman of Siemens and Maersk, describing how to look beyond traditional strategies. He went on, “now is the time to be bold”, to create a more human, digital and collaborative future, and “to unleash human potential.” 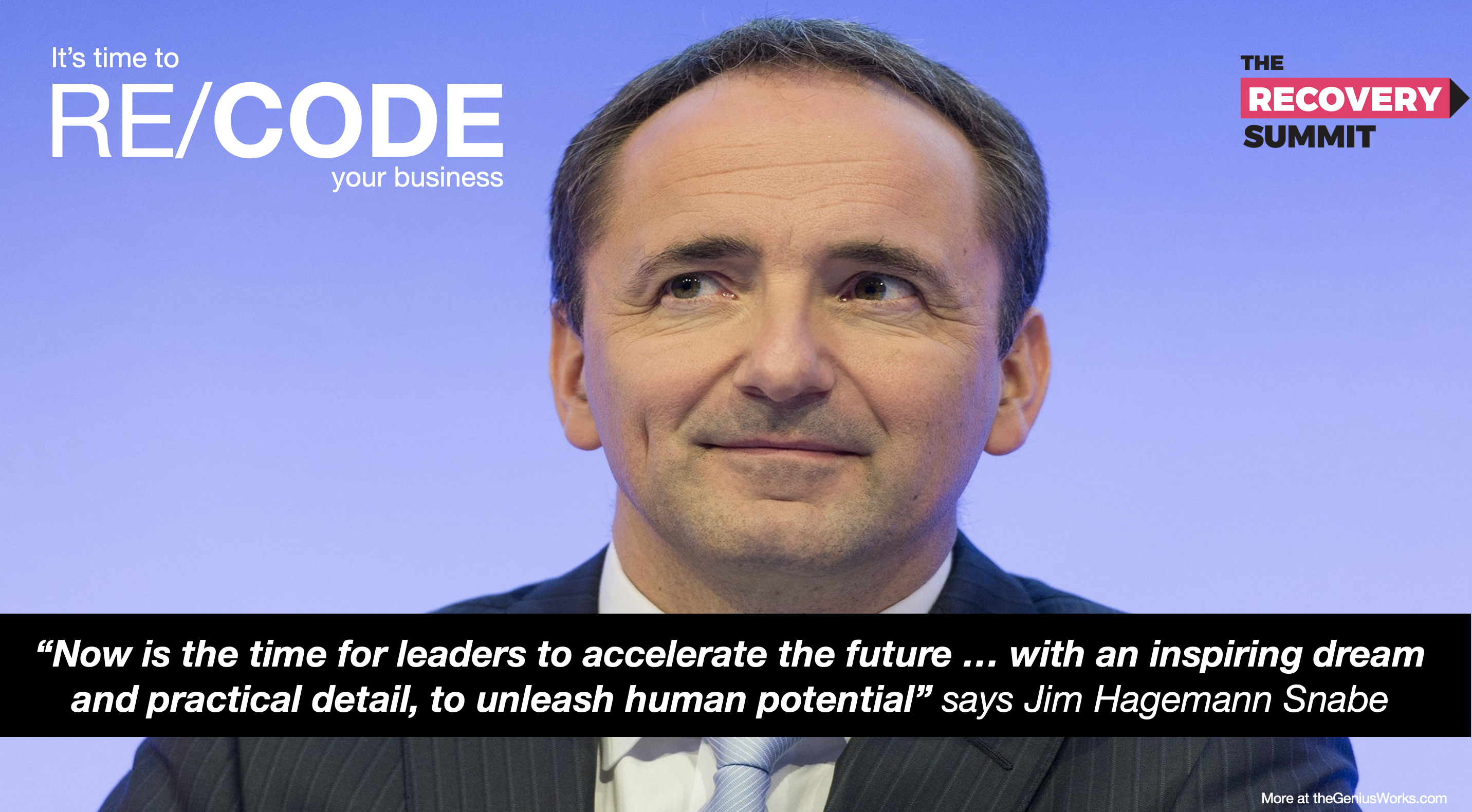 “We were already in a bad place” declared Dambisa Moyo, Zambian economist, and board member of Chevron and 3M. “Economic growth had stagnated, and governments had built up enormous debt or deficits. The pandemic has accelerated this”.

“The pandemic has challenged old ideas of nations, hierarchies and strategies, and is teaching us that networks, collaboration, and communities across borders, are more important and powerful” said Sebastian Coe, President of World Athletics. “As leaders, we have suddenly found that with technology we can be much more accessible, collaborative and productive.”

“There are two crises – one is a health crisis, the other an economic crisis – that will hit the emerging world hardest. We already have a cure for the latter, if we have the courage to act now” added Andrés Velasco, Chilean economist, based at the London School of Economics. “People are asking is it worse to die of the virus, or of hunger. What will we do?”

“If we keep doing what we are doing now, it will be a long, slow recovery” warned Paul Romer, Nobel economics laureate and former Chief Economist of the World Bank. “We should be taking bolder action now, addressing the big issues of social inequality and environmental crisis”.

“We’re all now in a high-assumption environment, where strategy matters more than ever, with so many new opportunities to innovate. It’s time to be proactive” says Rita McGrath, strategy professor at Columbia Business School, and author of “Seeing Around Corners”.

“Covid-19 has accelerated change over the next 20 years into the next 2 years. The way in which awareness of Black Lives Matter spread across the world in days shows that we could be on the cusp of a better world” said Ian Goldin, director of the Oxford Martin Programme on Technological and Economic Change.

“People don’t like change, because they can’t see a better future. We like to live life in a straight line. We don’t like to deviate. If we reach an obstacle, we crash. Instead we need the courage to explore new directions” proclaimed Bertrand Piccard, Swiss psychiatrist, round the world balloonist, and founder of Solar Impulse. “Like a balloonist we need to increase altitude, by dropping our ballast”. 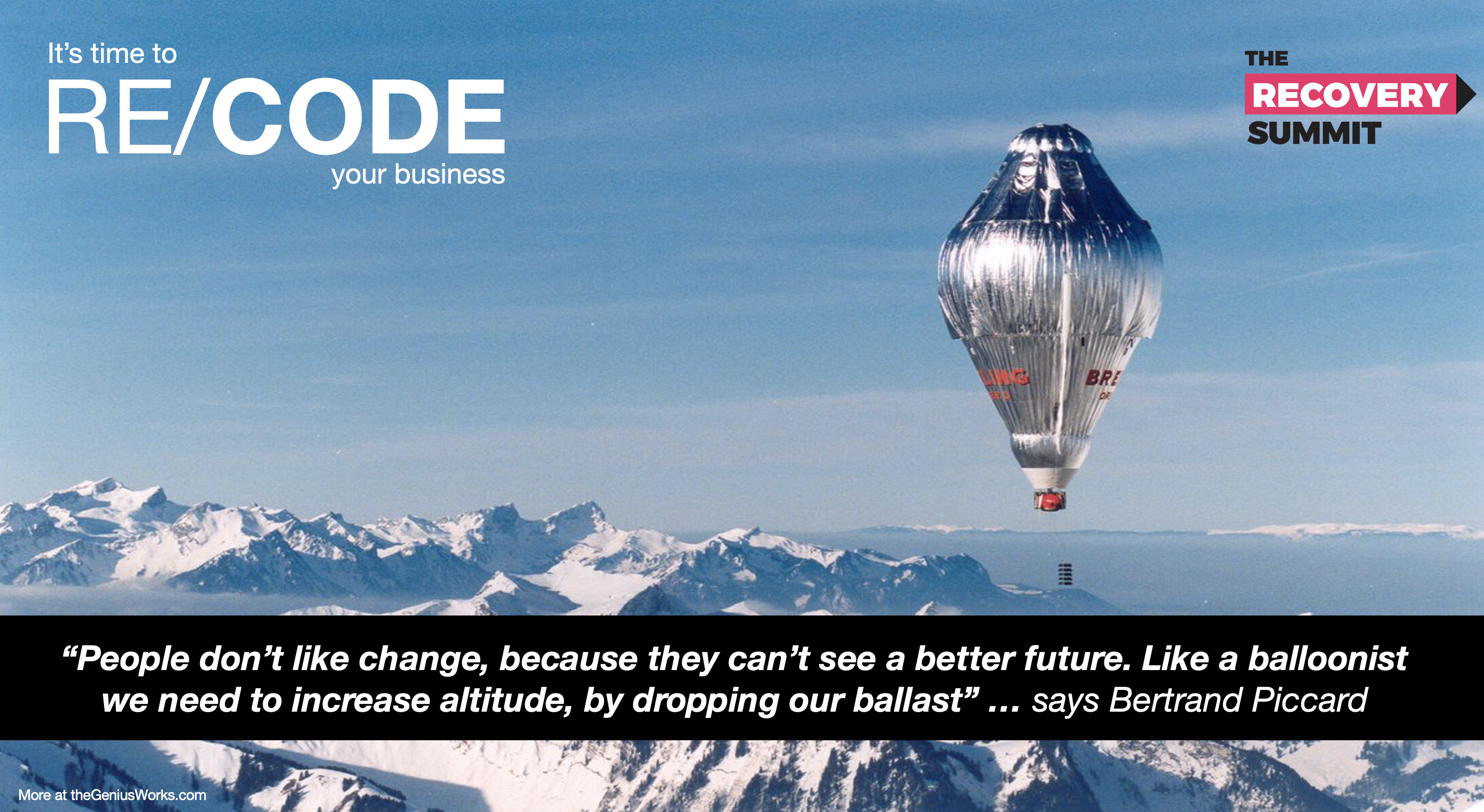 “You can’t stop the waves, but you can learn to surf … then take a moment to say ‘kia kaha’ to yourself, the Maori word for stay strong” said global adventurer Debra Searle, before also suggesting “Protect your mindset with the habit stack: songs, exercise, meditation, sleep, humour, and generosity”.

“There will not be a new normal (normal = ordinary, average, predictable) … Instead the new context is about 5Cs: chaos + crisis + complexity + confusion + constant change (chaos = exponential speed and uncertainty)” said Paulo Gallo, author of “The Compass and the Radar”.

“We need to build a new DNA for organisations that anticipates more shocks, that enjoys disruption, that thrives on constant change” said South African futurist Graeme Codrington. “Covid-19 is a unique invitation to reimagine our future”

“Asian companies have been much faster to adapt and pivot during the pandemic, to move online, to change activity” observed IMD’s Howard Yu, adding “Leadership teams need to be much more diverse – ethnicity, gender, religion, age, whatever – to embrace cognitive diversity”.

“We are only conscious of 5% of our behaviours. Most new behaviours become habits after around 66 days. Use marginal gains to make progressive change” said Steven MacGregor, author of “Chief Wellbeing Officer”, and founder of the Leadership Academy of Barcelona.

“Now is the time to try new things, the greatest risk is not to risk. We all need a challenger mindset, deep curiosity and fearless courage” offered Inc magazine columnist Terence Mauri summarising it as “a bit of Finnish sisu, and a bit of Japanese soshin”.

“Success in life is defined by how we overcome adversity” concluded Jay Sean, the record breaking R&B singer/songwriter, reflecting on how we are all faced with moments of big choices, “to take the blue pill or red pill” and “how we respond defines the next stage of our journey.” 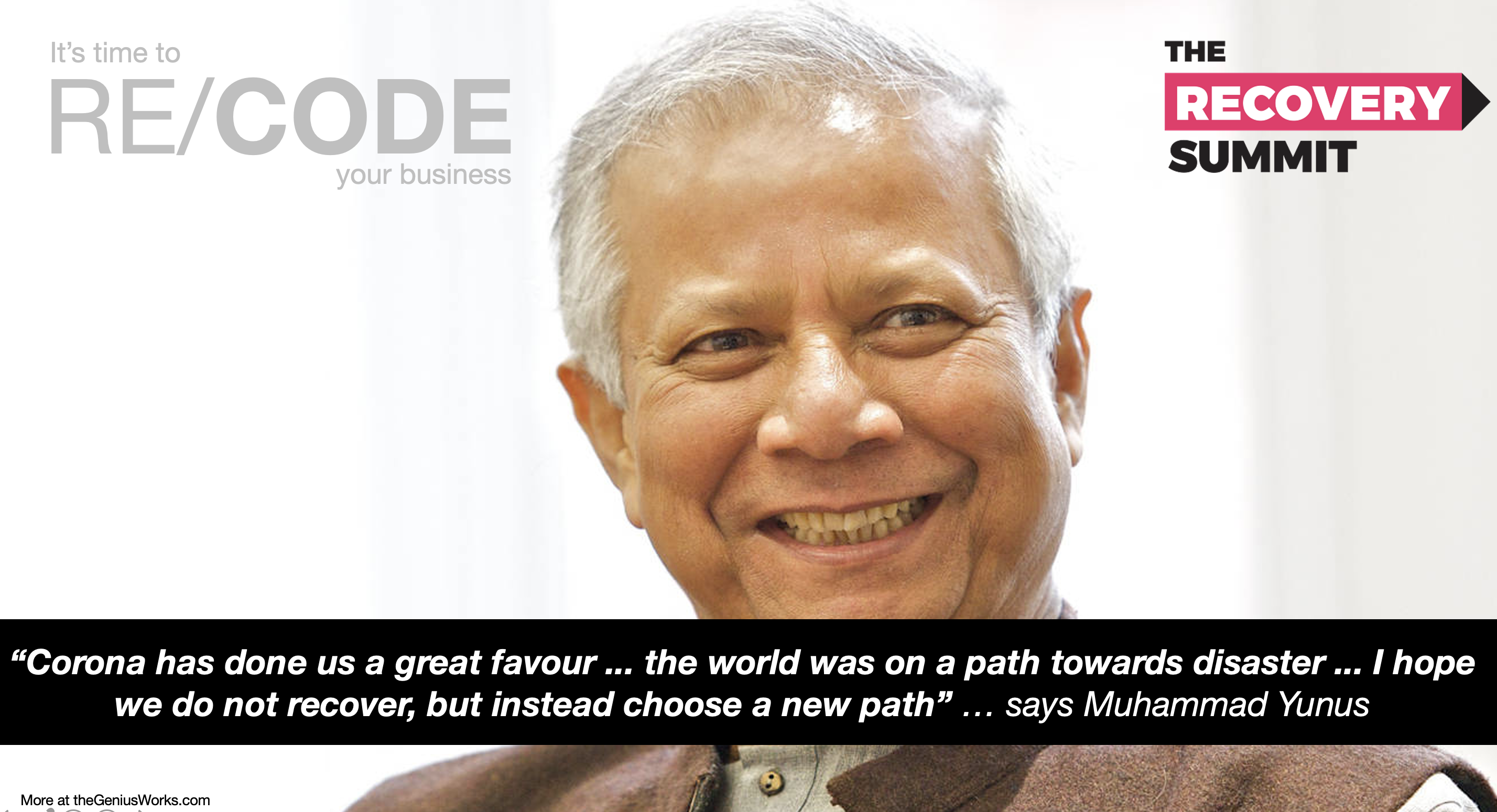 Time to be bold and braver, to look forwards with courage and imagination, to create a better future for yourself, your business and the world.