Disrupting the disruptors … Airbnb, Netflix and Uber are now becoming the dinosaurs of fast changing markets … how to sustain innovation and transformation? 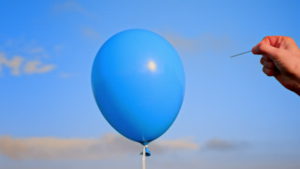 Have you noticed how many of the once maverick start-ups are becoming remarkably similar to the companies which they set out to disrupt?

Airbnb is becoming more corporate by the day … almost 25% of its 7 million listed properties are now operated by rental companies, rather than individuals rented our a room or home. Whilst its properties are still vastly more eclectic and interesting than the dire conformity of chain hotel rooms, they are not quite the quirky boutique homes from home which the ads still suggest. Airbnb has also diversified somewhat, into Experiences for example, adding more travel packages and adventures, but with limited success so far. Airbnb anticipates an IPO later this year, valuing it around $40 billion.

Netflix is now one of many streaming entertainment options … instead of being the disruptor of terrestrial and cable TV, many other streaming services – from Amazon to Disney, Snap and Youtube – have joined the market. Each is investing huge amounts in content development, buying rights to sports and shows, with low subscription packages. The quantity, and even quality, of many shows is good, but is it sustainable? But as we end up subscribing to many of them, its not so cheap anymore. Bundlers, looking a lot like cable companies, will soon emerge.

Uber is becoming more like a taxi company every day too … those companies which it worked so hard to disrupt. In some markets, you can now call an operator to organise a car, the prices have gone up by around 25%, and drivers can even charge what they want for some rides. As cities have demanded that gig workers be given full employment benefits, Uber has sought ways to reduce increase revenues, and find profits. At the same time it has splashed its investors’ $25bn on many crazy ideas, from self driving cars to robocopters, but with limited successes beyond its original act.

The challenge then is to keep innovating. Yet too many of these companies find that the only way to convert their start-up excess into corporate profitability, is to become more like the companies they disrupted.  Too many of these companies have survived on hyped up brand PR, rather than sustainable business models. Airbnb made a $322m loss last year. WeWork was exposed as a far worse over-hyped charlatan.

Instead these companies need to renew their entrepreneurial flair, rekindle that burning desire to champion the consumer, to find better ways of serving people, to keep raising the bar. They need to challenge themselves, with the mind of a disruptor, not just to evolve further, but to find a new crusade, create a new revolution. They need to rise the S-curves of market change, from one to the next, and develop a portfolio of innovations,  a balance of evolutionary enhancements and revolutionary breakthroughs.

Apple, Facebook, Google have had the same challenge for some time. Microsoft is one company that has managed to rekindle its fire. They need the disciplined leadership that can continue to look forwards, whilst also deliver today. They need to keep dreaming big, but also delivering on the detail. Become an ambidextrous company, with ambidextrous leaders.