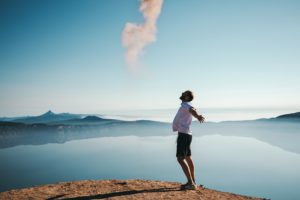 Change is relentless, innovation accelerates, crisis shakes everything up.

For business leaders, now is the time to reimagine. To explore, innovate and accelerate a shift to the future.

How are markets changing? What are the structural and economic changes, the attitudes and behaviours of consumers, that are shifting right now. In just a few weeks, for example, most of the world shifting from physical to online eduction, online working, online shopping, online entertainment.

95% of doctor consultations now take place by mobile phone. Will we go back to the old ways? As children embrace online classrooms, enhanced by peer to peer chat, will they find physical school slow and boring. As Zoom has come to dominate our locked-down home working and personal lives, will we want to need to travel and meet in the same ways as before?

Technological progress, environmental crisis and economic shock have now come together, to create a moment of potentially seismic change.

What new opportunities will come with tomorrow’s technological advancement, for both people and for business? Where does your organisation fit in? How will you respond to constant disruption? It is time to reimagine everything.

The current pandemic rolling across the world has accelerated a world which was heading for a meltdown, as the business status quo looked increasingly out of sync with the world.

So how can we use this crisis as a turning point, to recognise that capitalism as we know it cannot go on, that business and society, technology and humanity need to work better together, to create a better world for all of us?

Over the last year I have worked on a huge RECODE project to understand how business can and needs to respond to a changing world.  This include 49 new codes for business, built around a new DNA for business and leadership.

The project drove me to more deeply understand the drivers of change, the huge forces that are causing us to shift. My book comes out in September, but in advance here is a sneak view of the megatrends changing our world right now:

Five megatrends are shaping our future right, shifting the way we live and work. They fall into 5 categories:

In his book Future Shock, Alvin Toffler identified the watershed of a new post-industrial age, pinpointing the enormous structural change afoot in the global economy, and the acceleration of technological advances towards a ‘super-industrial society’ in an information era. 50 years later we see much of what he predicted coming true.

Using a range of data sources, including UN and OECD, and most usefully Max Roser’s fantastic website, OurWorldinData.org, we explore these five trends and their implications for business:

Megatrend 1: Aging World … the shift from young to old

Socio-demographic changes, particularly the aging of populations throughout the world, will have a huge impact on every nation:

The implications for support include:

Megatrend 2: Booming Asia … the shift from west to east

From west to east … population growth drives a significant global shift in economic power, and the rise of a huge new middle class of consumers:

The implications for markets include:

Megatrend 3: Cognitive Tech … the shift from automation to intelligence

The “fourth industrial revolution” sees a shift to connected and intelligent technologies that underpin every other trend:

The implications of fast tech progress include:

Megatrend 4: Dense Living … the shift from towns to megacities

More than half of the world’s population now lives in towns and cities, and by 2030 this number will grow to about 5 billion, mostly in Asia and Africa.

The implications of this urbanisation are

Megatrend 5: Eco Renewal … the shift from crisis to circularity

The impact of climate change is all around us. Rising temperatures and sea levels, forest fires and food prices,

The implications of these environmental impacts are