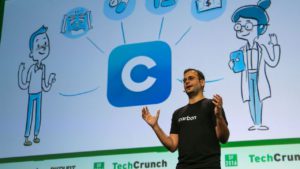 Eren Bali is the co-founder of Udemy and Carbon Health

Bali grew up in a small village in Turkey. “My primary school was a one-room schoolhouse where a single teacher tried her best to teach five different grades at the same time,” recalls Eren. “That meant we were often left to try and learn from books on our own.”

“One day my parents bought my two sisters and me a computer and Internet access for a few months.” He didn’t know then that it would change his life, “But once I started using the Internet, I knew I had found a new way to learn.”

By 2010, Eren had moved to Silicon Valley, working for several startups. He had partnered up with two other Turkish in the Valley to pitch an e-learning platform. They pitched 30 investors, and they got rejected over and over. His drive and curiosity primed him for a life beyond the expected. And when he first got the internet, his life changed forever.

The path from the village in Turkey to running the leading online education marketplace was not a straight line. In college Bali said he could imagine “a world where anyone could learn anything — from any expert in the world.” Bali and a co-founder created a product with Udemy’s vision six years ago in Turkey. They failed.

Bali packed up and moved to San Francisco to give it another shot. It took him a while to raise money. “We learned from the challenges we faced and eventually our hard work paid off.”

Udemy, the largest marketplace for online courses with more than 40 thousand instructors and 10 million students worldwide.  A  quarter of its approved instructors have made at least $10,000 from selling their courses on the site — with some even seeing six-figure earnings.

Most courses on Udemy are free; about 30 percent charge a fee with prices ranging from $20 and $200. Popular courses routinely see 500 students, a handful have more than 5,000.

With free content abounding, Udemy is thriving because learners can take the high quality courses on demand from effective instructors. Bali learned the hard way; he’s making it easy for the rest of us.

Named in the San Francisco Business Times 40 Under 40, Forbes 30 Under 30 and Business Insider’s Top 100 Innovators, Eren brings his entrepreneurial drive and ambition to Carbon to reimagine healthcare and build the world’s largest hospital.

In a recent keynote at the San Francisco Founder Institute, Bali compared and contrasted his own entrepreneurial journey and experience across two separate startup ventures, and illustrates some broader lessons for the cohort of new companies to takeaway as they continue to grow their ventures. Here are 5 insights he shared:

Bali explains that wherever it goes, the internet levels the playing field. He compares the ability for entrepreneurs today to develop breakout global businesses, from anywhere in the world, to the rise of the young Norwegian world chess champion, Magnus Carlsen.

Back in the day, you could only be grandmaster, you could only expect to be the world champion, if you were born in the Soviet Union or one of the major areas where chess was very competitive. But now with the internet, it’s so much more democratized. Now who gets to the top is far more diverse across a lot of countries, and Norway which is a small country has the world champion; Magnus Carlson for instance is from Norway, and so the Internet definitely democratized the concept of being competitive at chess.

Bali explains that his own startup success story is also one of an improbable boy who came from nowhere, and that only the internet made it possible, saying,

I was born in a very small village in the southeast part of Turkey, kind of a very rural village with not too much opportunity… But something happened that changed my life: my oldest sister was going to college, and my parents bought her a computer. So over the summer, I had access to the computer. I started finding mathematic resources and communities, and long story short, I ended up self-training myself in advanced mathematics using the internet and nothing else, and I ended up winning a national gold medal in Turkey for mathematics.

If you listen to the audio, you can tell that Bali does not tell this story to brag about his algebra skills, but instead to emphasize why entrepreneurs absolutely must think globally, both in terms of their future competitors and in terms of their own addressable markets.

2. Some disruptions hide from the entrenched competitors.

To start a very successful company, two things have to happen at the same time. First of all, your idea has to work, has to be a good idea. In addition to that, it also has to be somewhat controversial idea – if everyone thinks your new idea is great, the best thing you can get is a small exit to an established company.

While it is certainly true that the hottest startups receive early acquisition offers, I think Bali is also saying something more: that many great startups succeed because their future competitors don’t yet see them as threats, even after they’ve initially launched and already begun to disrupt the established market.

Because a startup’s go-to-market strategy can be so novel, the older entrenched competitor is often skeptical of the new innovation, and much slower to adapt than it should be. This extra time can allow a nimble startup to begin growing userbase and refining its offering, all while still somewhat under the radar of the big competitors.

Along the same lines, but more emphasizing the spirit of innovation, Bali notes,

3. Entrepreneurs must actively network in order to fundraise.

While Bali admits that he was able to very quickly raise a round (and with much more favorable terms) for his second venture Carbon Health, he credits the Founder Institute with being absolutely critical in helping him build the network he needed in order to raise funding for his first venture, Udemy. He says,

Fundraising was not easy at all, but still it was great to start with some network. It’s really hard if you’re not a Silicon valley native or a person who has a huge network in the Bay Area. If you’re not in that kind of minority of the population, it’s really critical to get some initial network who will make some introductions, introduce you to more people—so for us, I don’t think there’s any way we could have got this up and running without the Founder Institute.

Talking about the genesis of his second business, Carbon Health, Bali emphasizes that he not only wanted to improve inefficiencies in healthcare, but find a solution where he offer improvements at scale. Noting that Uber built the largest ridehailing service without owning a single taxi, and Airbnb essentially became the largest hotelier without owning a single room, Bali says,

We were looking for a more scalable model, and we realized when we started working with hospitals that we could centralized the user experience for physicians and for patients – all the technology, all the design, all the marketing for a provider brand – but we decentralize all the physical clinics. So we’re running some clinics ourselves, but by and large, the clinics that operate Carbon Health are actually owned by hospitals – they love this user experience, and they want to provide this in their own geographic region. The physical clinics are owned by the hospital, the physicians are employed by the hospital – so we don’t have to take that whole financial risk, and we can actually scale this to thousands of different clinics.

5. Get out the door, and go talk to your customer.

Bali admits that even in his second startup, he re-learned that his team was not the same as his real users were. Answering a question about whether wearables or other health monitoring devices were a major part of Carbon Health, Bali replied,

That was one of the things that I thought was so important that we should do it ASAP – and it ended up that we deprioritized it, because the reality is that once we opened the clinic and started seeing real patients, we realized this was not even in the top 10 priorities of the real patients, who wanted reliable prescription alerts, lab results, and essentially getting in and out faster. So if you’re a technical person like me looking at healthcare from the outside, it sounds like one of the top three most important ideas; in reality, it’s maybe idea number 30.