Antifragile: things that gain from disorder … Why today’s crisis will stretch us to be more creative, to find strength in adversity, and start to build a better future 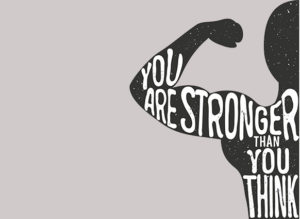 We are living through a time of extraordinary change. And the rate of change is increasing month by month.

That change is unpredictable but it is also somehow connected. Global shock, economic disruption, social pressure, environmental context. It is manifesting itself not just in one area but in our politics, in our technology, in our communities and in our economies, and in our levels of social engagement, activism, and social cohesion (or lack of it).

If we want to survive in this time, if we want to thrive in this time and build something better, we can’t simply extend the old business as usual. We need a new approach to leading ourselves and other people through times of change that is different from how we used to lead ourselves when times were stable.

Nassim Nicholas Taleb’s book “Antifragile: Things that gain from disorder”gives a hint of what that might look like.

In summary, Taleb says that:

We all know the label on boxes with glass inside them that reads “Fragile – handle with care”, and we’ve all seen more than one scene in a movie where someone throws a package like that, resulting in a glass shattering noise.

You know that fragile things break when you shock them and toss them around – volatility does them no good. But when you think about it, there isn’t really a word that describes things, which are the opposite, is there?

We might talk about something being robust or durable, but that really just means it can resist shocks and stress better than fragile items – but it doesn’t benefit from them. You’d still label the boxes you ship robust things in with “Handle with care”, not with “Please handle roughly”.

Nassim Taleb took care of this dilemma by giving us a word for what we’re looking for: antifragile. It describes things that benefit from shock and thrive in volatile environments, because as they’re stressed and put under pressure, they get better, not worse.

Can you think of an example? Here’s one: When Hercules fights the Hydra, every time he slices off one of her heads, two grow back. So for every time the beast is hurt, it actually gets stronger. That’s an example of being antifragile.

Lesson 2: An antifragile system usually consists of many fragile parts.

There are quite a few more good examples of antifragile systems, one being the evolutionary process.

Evolution itself is incredibly antifragile – we’ve evolved from our ancestors based on the genetic features and traits which helped us survive the most and succeed. However, that also meant many humans before us had to die.

Any individual specimen of a species is usually fragile – every human being or animal can die and quite easily so. But, because the system can use life and death as indicators of success and failure, the evolution of species in itself is antifragile. For example, our hands weren’t always built to handle tools so well. Through evolution it became apparent that the more advanced our hands got, the longer we could survive, so eventually our genetic code morphed to include the incredibly refined hands we all have today.

So for an antifragile system to work, its individual parts must be fragile, because the success and failure of these parts serves as important feedback for the system as a whole and allows it to get better in chaotic circumstances.

Lesson 3: Antifragile systems work, because they build extra capacity when put under stress.

How exactly does that happen? Why does antifragility work?

Actually you do experience it quite often, if you exercise regularly, that is. When you go to the gym and lift really heavy weights, and when you feel the burn, you push on and do just one more rep – that’s when growth happens.The fragile parts, the tissue in your muscles, is broken down – the failure is reported to the system.

In order to ensure future success, your body now overcompensates for this shock, by building extra capacity to handle even bigger shocks better. Over night, as you sleep and recover, your muscles are rebuilt and they’re now a bit stronger than before. Usually, the human body is incredibly efficient, and doesn’t want any excess capacity “lying around”. But in the case of being antifragile, your body builds redundancy in order to prepare for future extreme situations and emergencies.

That’s how stress can prepare your body for even bigger stress and it’s building this extra capacity that lies at the core of why being antifragile is so helpful to thrive in critical situations.