Reimagining capitalism in a world on fire … Rebecca Henderson on stakeholders, purpose and sustainability … and how business can save the world 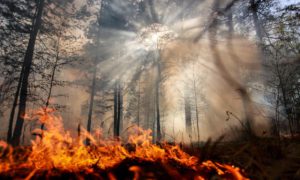 “Free market capitalism is one of humanity’s greatest inventions and the greatest source of prosperity the world has ever seen. At the same time, its single-minded pursuit of profit has led to rampant inequality and the looming threat of climate catastrophe – and now threatens to destroy the society on which it depends.”

I’ve been following the work of Harvard professor Rebecca Henderson for some time.

Her new book, published by Hachette, comes out next month Reimagining Capitalism in a World on Fire, although Penguin, her publisher in the UK has chosen a slightly different title, Reimagining Capitalism: How Business Can Save the World. Maybe there is something about differing psychologies in that?

Of course this is a huge topic right now. From BlackRock Larry Fink’s recent demands to the companies who he invests in, to demonstrate a purpose beyond profit, to Salesforce’s CEO Marc Benioff new book Trailblazer on how business is the best platform for change. From the Business Roundtable to the World Economic Forum, we see new debates and intent emerge. And we also see great examples, like Danone and Patagonia, of companies already doing better:

The increasingly extreme weather of recent times has reenergised people as to the urgency and importance of addressing climate change. The accelerating inequality in wealth between rich and poor is causing more outrage. The inadequate support which business gives to employees, particularly as highlighted in America with low incomes and little healthcare, has been brought into the open through the impacts of COVID-19 pandemic right now. The incoherence of business and society.

Or maybe there is a glimmer of new light. As LVMH rushes to transform perfume manufacturing into hand sanitiser, Index turns fast fashion into protective health worker gear, GM and Tesla accelerate production of hospital ventilators, maybe there is a glimmer of hope. Like Microsoft’s Satya Nadella says, business is used to creating futures, now we need to create a better one.

Henderson’s skill, honed through years of fabulous teaching of bright and challenging students at Harvard Business School, is to connect these topics in a coherent narrative for business leaders. Her British-sounding accent is also quite striking (?!). And whilst her subject matter is serious, and her voice full of measured passion, she clearly has a sense of humour too:

Henderson’s rigorous research in economics, psychology, and organisational behaviour, as well as her many years of work with companies around the world, gives us a path forward. She debunks the worldview that the only purpose of business is to make money and maximize shareholder value. She shows that we have failed to reimagine capitalism so that it is not only an engine of prosperity but also a system that is in harmony with environmental realities, striving for social justice and the demands of truly democratic institutions.

Her deep understanding of how change takes place, combined with fascinating in-depth stories of companies that have made the first steps towards reimagining capitalism, provides inspiring insight into what capitalism can be. With rich discussions of how the worlds of finance, governance, and leadership must also evolve, Henderson provides the pragmatic foundation for navigating a world faced with unprecedented challenge, but also with extraordinary opportunity for those who can get it right.

Let’s consider “the economics of purpose” because that word “purpose” can be thrown about like mission statements, without much thought about its meaning, or its profound implications. Watch this:

More generally, we need to see the connections. Lots of folks talking purpose come form the sustainability angle. But it has a fundamental impact for the challenges of shareholder value, the shift to stakeholding, and future economic models:

Here are some great resources from her:

Why is Change so Hard and What Can Be Done?

What is Organizational Purpose? And Why Does Purpose Drive Performance?

Why Do Firms Have Purpose?

What Do Managers Do?

What Will It Take to Reimagine Capitalism?