Paradigms to make you rethink … From the 90/9/1 Rule and the Abilene Paradox, to Apophenia and Reflexivity, Weasel Words and the Woozle Effect 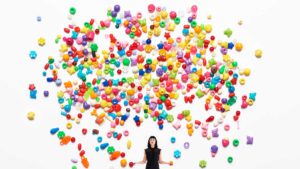 In writing my next book, Business Recoded, I’ve explored many fascinating stories of our changing business world, discovered some incredible organisations, and interviewed some truly inspiring leaders. I’ve also come across quite a few quirks of the system – effects and paradoxes – which, whether they are true or not, make you think. Here are a few: