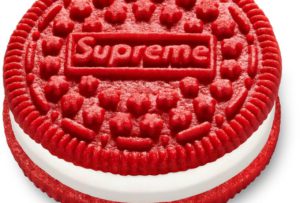 Brands are swamped by noise in a world of frenetic marketing, and even more chaotic social media-driven chat. It’s not easy to stand out in a world of obsessive clutter.

Innovation should be the answer, but most creative ideas still struggle to rise up, so brands try even harder to create ideas that will become talked about, spread rapidly, and become desired. Yes, it encourages gimmicks, trivial creativity that has a shellfire of days, but it also creates a story, which the brand and its more enduring products and services can potentially ride off.

The challenge of course is to ensure that the “gimmick”, and the creative execution, has some form of strategic logic behind it – understanding the mindset of the target audience (typically the mobile hugging, viral Tiktok messaging, young audience), and the values which the brand seeks to identify itself with. I’m not sure this is always the case.

In just the last week, 4 examples include:

Oreo last week became the latest brand to link up with fashion superbrand Supreme, and follows many other Supreme collaboration including with Louis Vuitton, Commes des Garcons, Nike, Champion, and many others. The Supreme Oreos cost $8 for three of these cookies, a considerable markup considering a normal Oreo pack of 39 which sells for around $3.50. However things have gone crazy on eBay with bidding reaching $92,000.

Supreme started as an American skateboarding shop and clothing brand established in New York City in April 1994, launched by James Jebia.  The brand produces clothes and accessories and also manufactures skateboards. It’s shoes, clothing, and accessories are sold extensively in the secondary market, meaning that huge queues wait for new lines to be launched, before immediately rushing to upload them to eBay and sell for many times what they cost, such is the hyped demand for the cult brand and its collaborations.

Pepsi has released an engagement ring made that, while sporting a lab-grown diamond, is also infused with Crystal Pepsi. The ring consists of a 1.53-carat diamond on a platinum band. Pepsi fans can tweet their ideas for the perfect proposal for a chance to win the sparkler. In the official contest rules, Pepsi says the prize is an “IGI Laboratory Grown Diamond Crystal Pepsi engagement ring” with a value of about $3,000.

According to AdWeek, the diamond “was made by boiling down Pepsi’s clear beverage to its most basic carbon form, resulting in a powder.” The powder was incorporated in the diamond-growing process. Entries must include the hashtags #PepsiProposal and #Contest, and the @Pepsi Twitter account must be tagged. They can include up to four photos and one video up to 30 seconds long. A winner will be announced on March 16.

McDonalds has launched a collection of burger-scented candles. Each candle is made to replicate the scent of the ingredients that make up its quarter pounder: 100% fresh beef, ketchup, pickle, cheese, onion and sesame seed bun. the set of 6 custom scented candles celebrate the burger’s 50th anniversary being on the menu. the listing on the fan club website recommends burning all the scents at once for ‘maximum deliciousness.’

The limited-edition merchandise is available online, with items available throughout the week, according to McDonald’s. the chain also said fans can find out more about the release date of each by following McDonald’s on instagram. On February 26 McDonald’s will also be honouring a lucky city for taking its quarter pounder fandom to new heights with a special monument.

Burger King is using a mouldy Whopper in its new advertising campaign, seeking to demonstrate that its products are now free of artificial additives. The television ads – running in Europe and the US – begin with someone making a fresh burger to the sound of Dinah Washington’s song What Difference A Day Makes, and then uses a time-lapse showing it rotting over 34 days. The fast food chain says the campaign is highlighting its decision to remove artificial preservatives from the product. In a tweet , Burger King said: “The beauty of real food is that it gets ugly.”

The Whopper is topped with onions, lettuce, tomato, mayonnaise and pickles, all of which will contain no artificial preservatives. The firm, based in Miami, Florida, said it has removed them from the Whopper in several European countries – including France, Sweden and Spain – and around 400 of its 7,346 US restaurants. It plans to get rid of preservatives from the burger served in all of its restaurants this year. It is acknowledged as the work of ad maverick CMO Fernando Merchado. To me it just looks disgusting, and I wouldn’t want my brand to leave such a negative image in consumers’ minds.