Ban Ki-moon’s passionate call for the world to collaborate in addressing its big challenges – from climate change to coronavirus, new technologies and peace – at the Global Soft Power Summit 2020 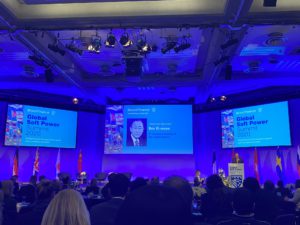 The 2020s will be a decade of transformation. It will be a decade of shifting power, driven by incredible technologies, connected and intelligent, which are accelerating the economic and political shifts across the world, but are also needed to address the resource and demographic changes which we see from climate change to ageing populations.

A world that is connected more across nations, also sees a huge shift in the nature of power.

The future of power … a tipping point, from hard to soft power

Power used to be “hard” – driven by hierarchy and control – now it is primarily “soft” – more human and social.

Nations were effectively a construct of hard power. They defined independence, boundaries and defensiveness. But trust in all forms of institutions – most notably governments – has declined. People generally distrust the old hierarchies, and instead turn to other like them to trust more. We see this in business, the rise of influence, word of mouth, and communities. Tribes, be they in the form of friends, social networks, diasporas, organisations, shared passions, have little respect for these old boundaries.

Indeed what is a nation, when these boundaries blur, when cities become melting pots of multi-cultures and ethnicities; when most businesses see themselves as multi-nationals, with global audiences largely digital; when most sports are global activities, take eSports with 2.2 billion players who have no sense of nationalism; when the biggest issues in the world are global issues, and need urgent responses by countries working together?

Who do people turn to in a world of change? They turn to the people, the organisations, maybe even the nations, who inspire hope, who facilitate solutions, and drive progress.

We are at a tipping point, from hard to soft power.

If nations want to play in a world of soft power, they need to act differently. Hard power, from military forces to economic sanctions, was asserted. Soft power is in the hands of people, and has to be earned.

Download the full article The Future of Power: Megatrends and Metapower by Peter Fisk 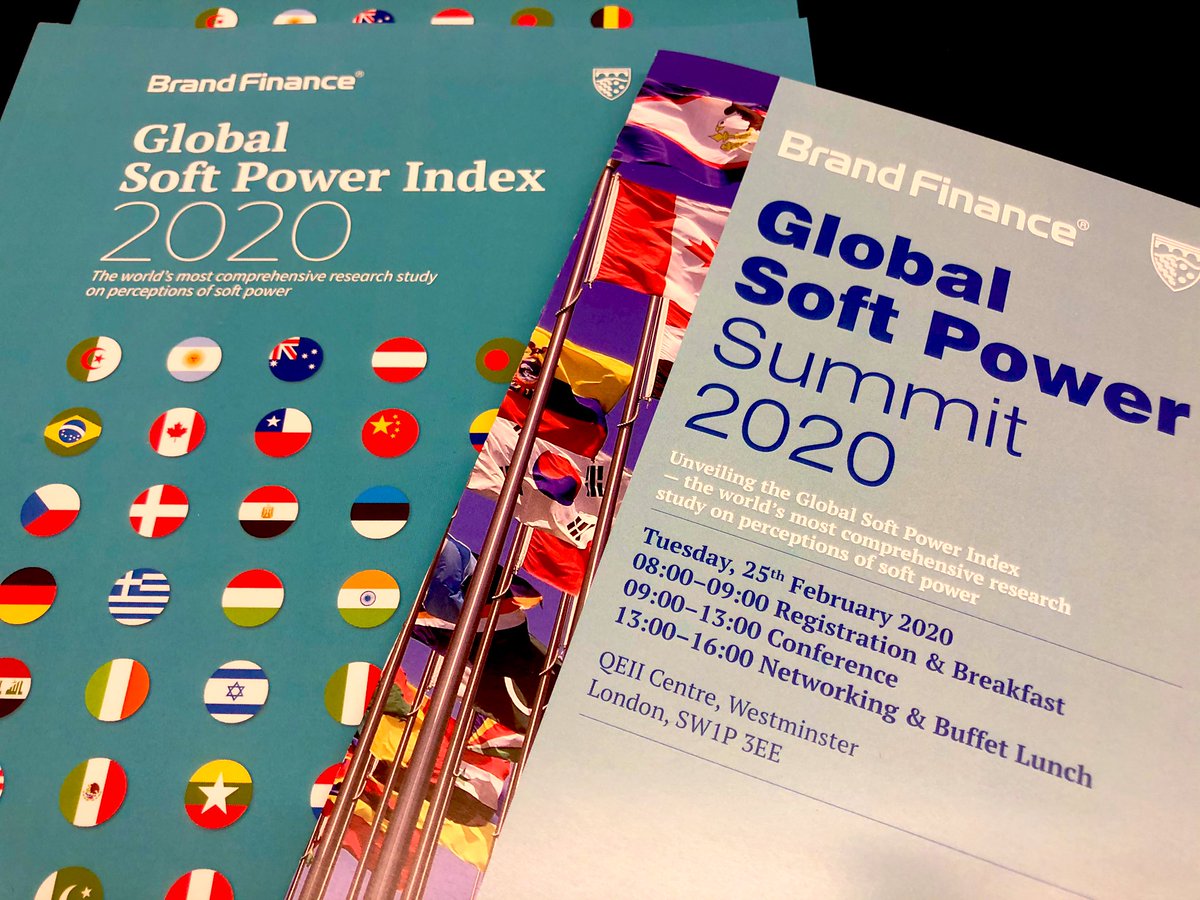 Brand Finance today launched a new Global Soft Power Index, based on a huge research study of 50,000 people, and many experts, across the world. It explored the awareness, influence and reputation of nations, and more importantly what they were doing in the different dimensions of soft power.

The index was built around a construct of 7 pillars of soft power. To me, these pillars were more the legacy of a hard power world, where nations could still assert their actions on the world, rather than engage with the new sources of power. The index delivered a rather predictable ranking of nations, largely because the details were scaled up by GDP and so big nations dominated.

USA unsurprisingly came out as the world’s #1 soft power. Yes it has huge influence across the world, economically and militarily, but equally in terms of aspects like entertainment and sport. But its reputation has been hugely tarnished by crude and isolationist politics, and its soft power has certainly declined from what it was. Germany and UK followed, the former built on its technical excellence of recent decades, whilst UK’s diplomacy and heritage still shines for some. In both these cases, their soft power is looking increasingly fragile amidst the global shifts in power, and changing positions in the world. 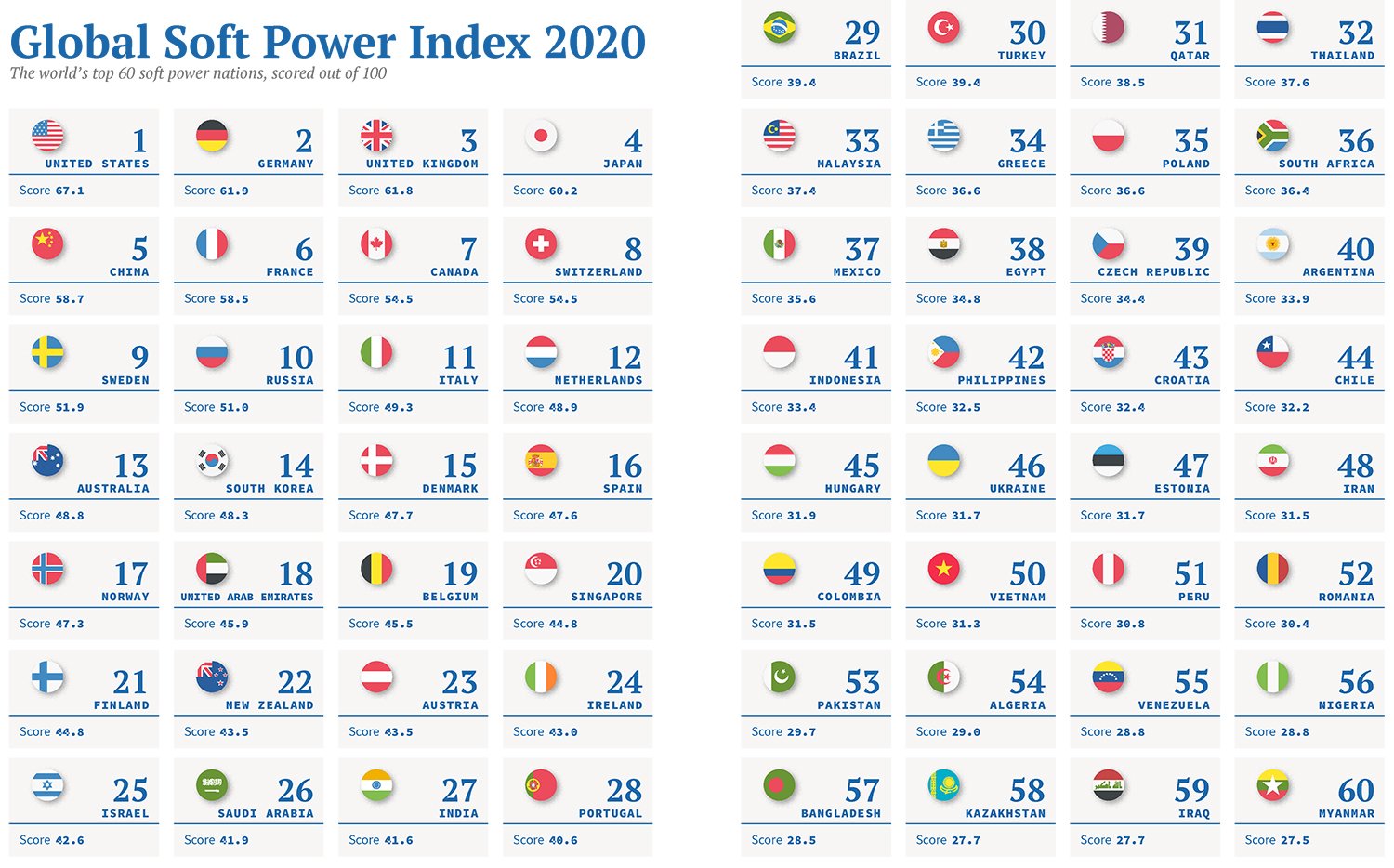 More interesting were the rising stars of the global stage.

China, in fifth place, is likely to be a leader in years to come. Whilst the huge nation is far from homogenous – 34 of the world’s 45 megacities sit within its borders – it is also highly influential in a world of change. And whilst there are many elements of hard power – City Brains and social credits, for example – there is much soft too. Carrot and stick. Chinese businesses are the most exciting innovators today. A few hours in Shanghai or Shenzhen will transform your worldview, with businesses form Alibaba to Bytedance, Tencent to Wanda, transforming the worlds of technology, retail, media, entertainment and more. The Belt and Road Initiative is a story of soft power, building connections across the nations to enable trade and help many nations to grow.

Other rising stars include South Korea – where the “Hallya”, or Korean Wave, from the world’s most popular music band BTS to Oscar-winning Parasite – has changed the way in which people see the nation; Sweden and Denmark, leading the way in sustainable practices – take Orsted, for example, the Danish energy company that transformed itself from 95% carbon-based, to zero-carbon within 10 years, showing what is possible, and becoming the “world’s most sustainable company” this year.

And smaller nations like UAE are sparkling in this new world too. In December, I was working at the Ministry of Possibilities in Dubai (How many nations have one of those?) In it, I met their Minister for AI (How many have one of those?) UAE is choosing to focus on the future, just as it seeks to demonstrate at Expo 2020 this year. It does not need to do everything itself, but can be much more of a global hub, just like its airline, Emirates. With a focus on driving the tech-enabled future, it becomes a hub of ideas, a hub of knowledge, a hub of talent. This is a soft power strategy to build a nation’s future. 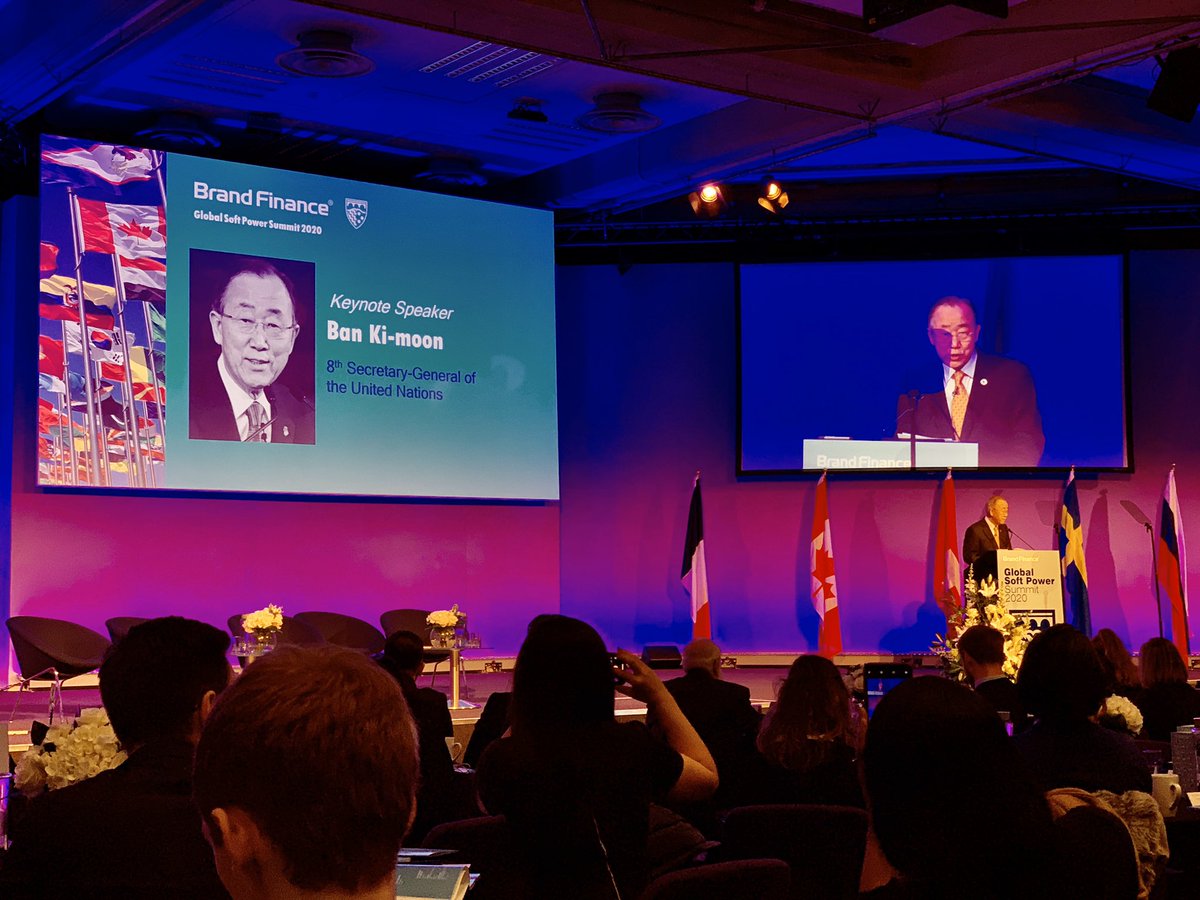 The new index was launched today at the summit, where it was fabulous to contribute alongside a host of other experts from across nations and diverse perspectives. Brand Finance’s David Haigh kicked off by demonstrating the shifting nature of hard, soft and economic power – how economies have risen as armies have declined.

The British Council’s Sir Ciaran Devane talked about trust, despite its decline in governments, and the power of stories. Seb Coe, President of World Athletics, made a passionate argument for how sport changes societies, from Jesse Owens to Black Power, Moscow to Qatar.  And Omar Salha talked about the power of new forms of diplomacy – from fashion to gastro-diplomacy.

Most significant, was former UN Secretary-General, Ban Ki-moon’s keynote, that combined pride in his home nation’s soft power, and passion for a world to come together and solve the most desperate problems it faces today.

Here are some of his best quotes: 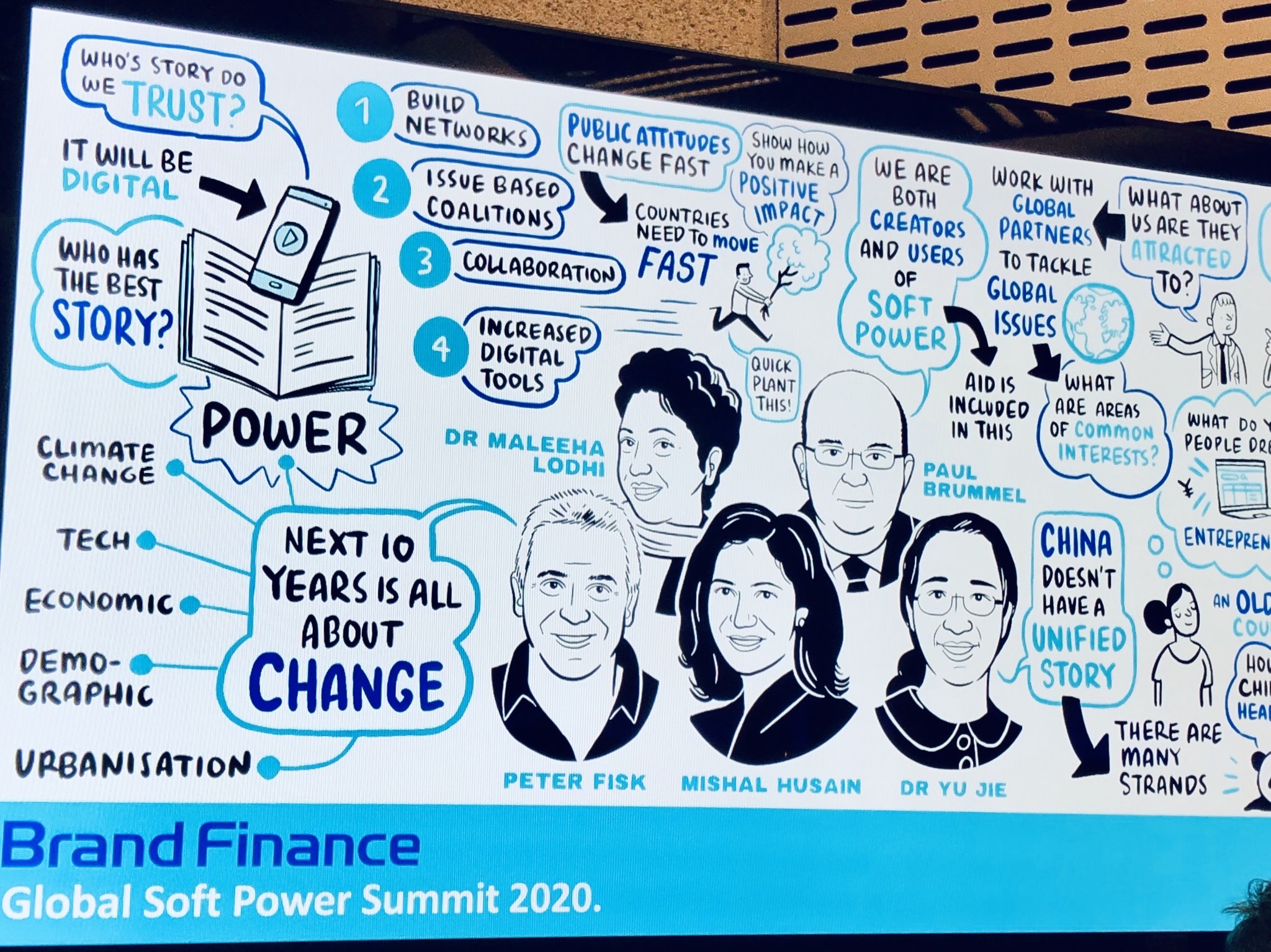 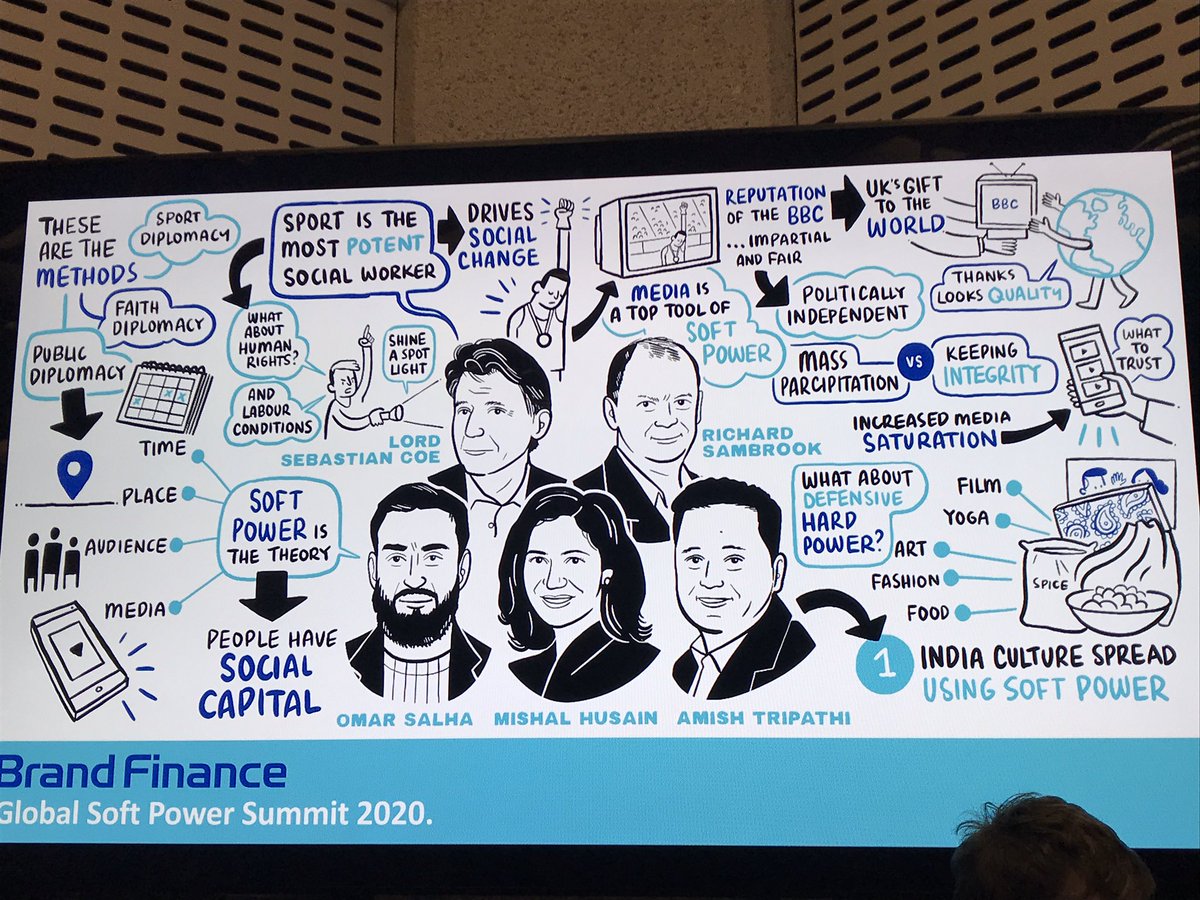 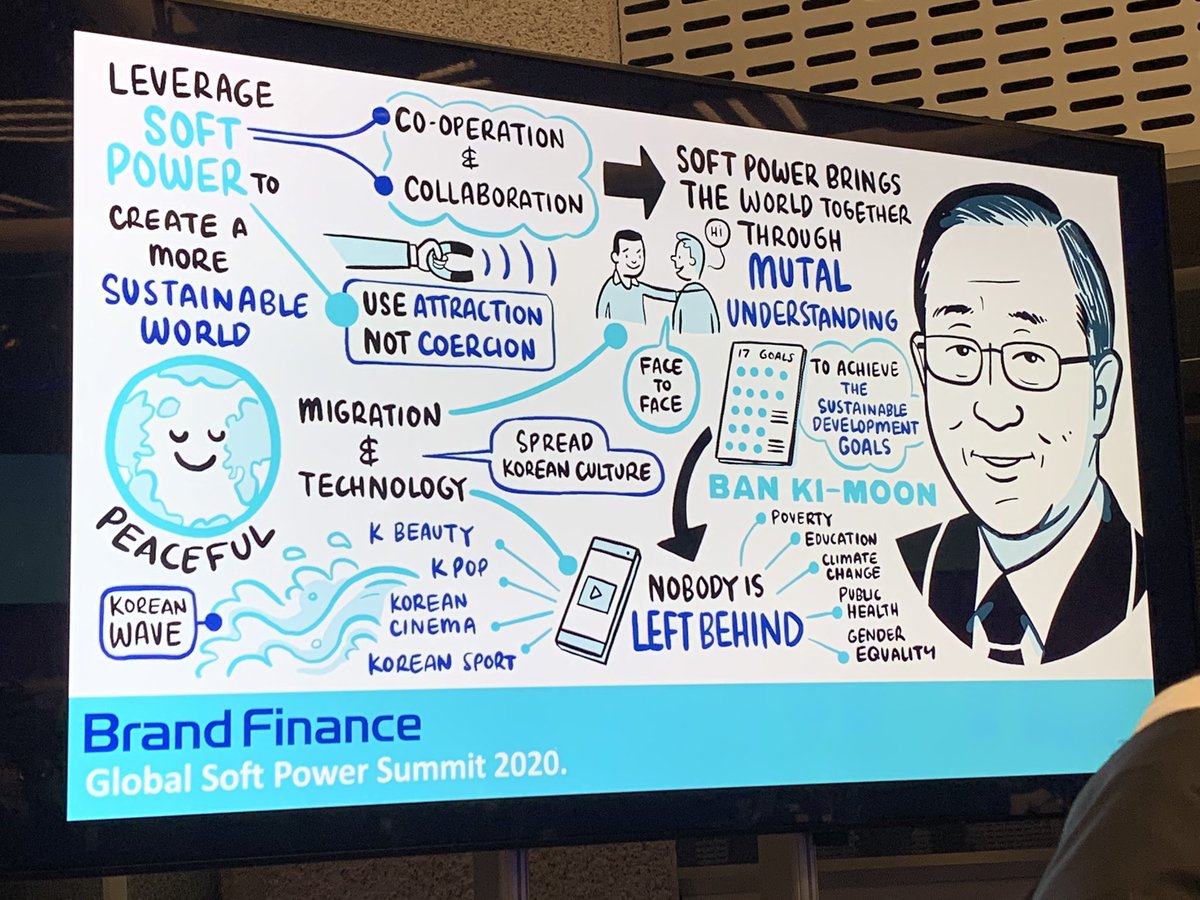 Download the full article The Future of Power: Megatrends and Metapower by Peter Fisk