Tinker Hatfield is the pole vaulting architect who became a shoe designer, and head of Nike’s Innovation Kitchen, turning sneakers into objects of desire 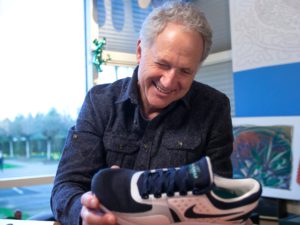 Tinker Hatfield joined Nike in 1981, having started out as a pole vaulter and then trained as an architect, and rapidly became its lead shoe designer. He realised that his architectural skills could be applied to shoes, and is credited with designing the “cross-trainer” as a multi-sport shoe when he realised people at his Oregon gym brought various shoes with them for different activities.

He first made a name for himself, working alongside basketball legend, Michael Jordan, to create the Air Jordan boots that set Nike on a path to global brand success. In 1987, Hatfield designed the Nike Air Max running shoe after visiting the Centre Georges Pompidou high famously included a window in the shoe’s midsole to see the air cushion.

At 67 he is now Nike’s Vice President for Design and Special Projects, and overseas Nike’s Innovation Kitchen. A profile of Hatfield in 1 Granary magazine, said “To make an impact, whether that’s in science, poetry or design, you need out of the box thinking. Unexpected ideas. The type of epiphanies that extend beyond the traditional confinement of your field. People who can produce them are rare, but once they find their creative outlet, true magic happens.” 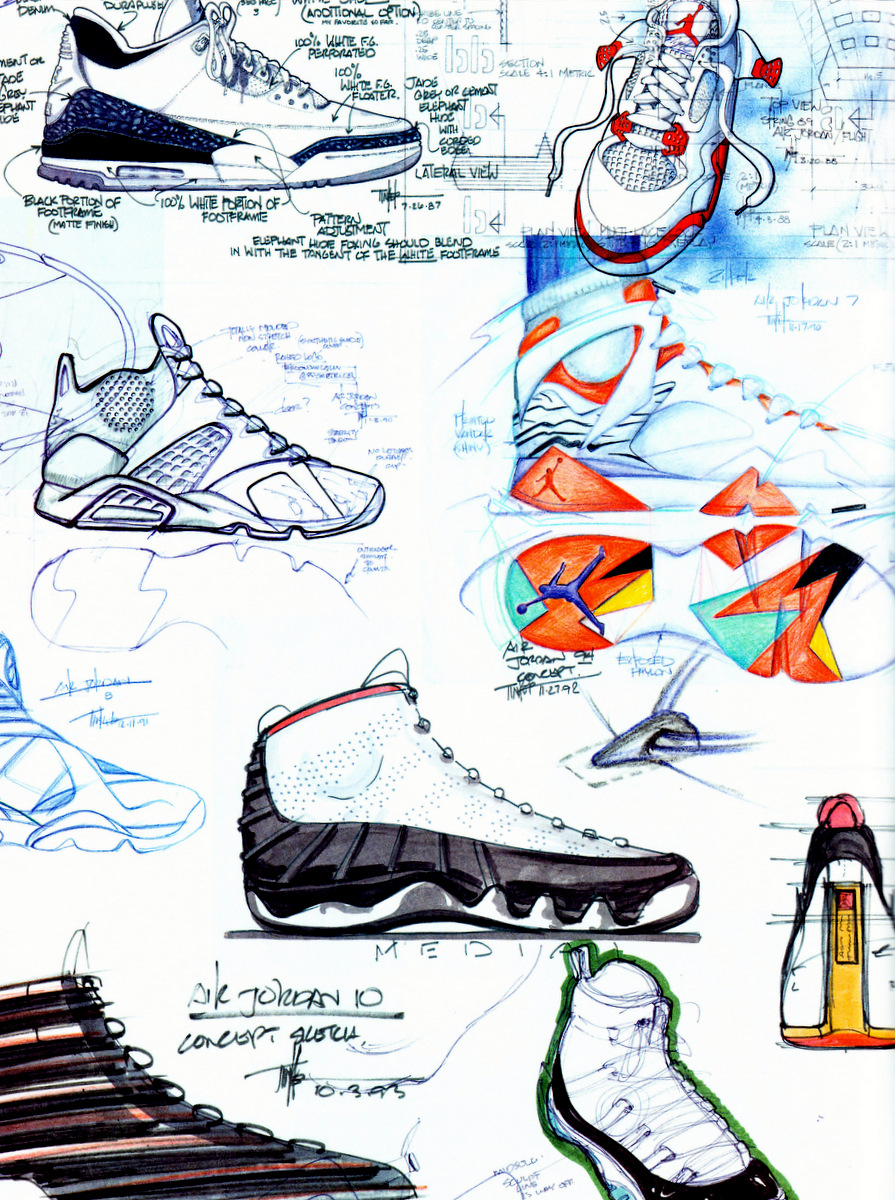 You have quite an alternative background. What can fashion learn from other design fields?

There are two parts to my background that help me do what I do. I was an athlete at college level, and even professional level for a little bit. I also went to architecture school, and became an architect. I learned about performance and sport, but I also learned about the design process in school. That was a fortunate combination, so that when I was ultimately asked to design sneakers at Nike, I had the perfect background .

I know you like to go looking for inspiration in things that have nothing to do with shoes. Why is that?

I always felt that designing sneakers was utilitarian ‒ making sneakers perform better for a unique or particular sport ‒ and that no one had really explored that sneakers could be an art form. In order to make them more hip and cool, just in my own mind, I wanted to bring other storylines into the design process. I would look at interesting buildings, and talk to architects. I’m also really into music, and talk to singers. I’ve personally been very active, surfing, skating, mountain biking and motorcycling,… all those things add to my experience as a designer. When I sit down to design, I don’t run out of ideas easily.

What is something you’ve seen and thought, “Damn, I wish I designed that!”

I’ve been fortunate to work for a company that not only has given me opportunities to design different products, because I’ve done apparel as well, but also do it on a large scale, so a lot of people see my work. But, do I ever wish I had designed a car or two, or some of the motorcycles? Yes, definitely! I’m working on designing a motorcycle.

Still related to movement then!

I guess you’re right! I think that’s the way my life is, I’m always on the move, so it makes sense.

Designing for such an iconic brand, I can imagine it involves a lot of rule breaking. Was there ever conflict defending your designs?

Every time! I think that’s the natural part of being a more advanced, innovative designer. People sometimes struggle with new ideas. In the end, they’re trying to judge the product through the eyes of a retailer, and maybe a particular type of consumer. My point of view was always that new and cutting-edge ideas are what drive the fashion business. There are fashion designers that are trying new ideas with materials and silhouettes, makeup, runway shows… We might not do that, but we can try new ideas around sport performance, and then bring in new material and new colours, and still work within that performance framework. Blending the fashion business with the sports business. I was the first one to do that, many years ago.

Has it gotten easier over the years? Is sportswear more open to new disruptive ideas?

No, it’s a constant battle. I think change is difficult for most business people, because the risk makes them nervous. One way to deal with that is to work with influencers. That might be a famous athlete, like Michael Jordan. It helps people become less nervous. Now, of course, there are rappers and other entertainers that work the way athletes have done before. They make things acceptable for other people simply by wearing it. It gets a bit of the guesswork and the nervousness out of it on the business side.

What do you look for in a designer?

We don’t look for shoe designers or car designers or industrial designers in general, we look for talent. Someone who knows the design process can be taught to focus on shoes and apparel in the sports world. So, a lot of our designers come from other fields.

You manage a big team of designers, how do you guide them?

It’s part of an organisation’s job to create new talent, to hire new talent and help them develop. One of the messages I give out to designers is to go outside. Don’t just sit in your studio and think you’ll come up with the next greatest idea. You can be inspired by anything. It doesn’t matter what the content is, it just matters that you expose yourself to something new. That’s a message we pass along to our designers all the time. A lot of designers think they can just sketch their way through, and they end up doing the same thing everybody else is doing. If you go to an exhibit on African art, you might see something that triggers how a shoe can be redesigned. Basket weaving, a very old and ancient process, is really the idea behind our Flyknit.

So never stick to the product you’re designing?

Yes! The last thing a shoe designer should do is enter a shoe store.

You’re working with a product that is inherently practical. Is that ever limiting to you?

Let’s look at Alexander McQueen. He is one of my favourites. I saw a retrospective of his work in New York and I was blown away by how creative he was. He had incredible storylines behind his collections. He was also unrestrained by practicality. It’s hard to get to that level of creativity when things have to perform in a particular environment. But, even if I was designing like him, in a more artistic sense, I don’t think I could ever surpass what he did. I’m very impressed. Since he passed away, it’s almost like he’s appreciated even more. I’m hopefully doing the best I can, it seems to be working okay.

I think we don’t always appreciate designers because fashion is so cyclical, there isn’t time to stand still at how amazing someone’s work is. Is that similar in sportswear, this constant pressure to renew?

I don’t know how to answer that other than that we’re judged in different ways. The work is judged through the eyes of sports performance people, but the large majority of people who buy Nike or Jordan products buy it because they want to make a statement about their personal style in fashion. That’s a different set of criteria. I guess we’re just fortunate that we’re able to accommodate both sides. It’s tricky, but maybe it helps us be unique in the sense that we’re fashionable because it works.