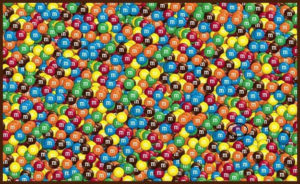 For the last few years I have watched the growth of Alibaba’s 11:11 (aka Singles Day) Shopping Festival in awe … the numbers of participants, and their spending, are just staggering.

However this is no usual online shopping program. It’s more like a 24 hour online entertainment event too, with many celebrity appearances, music and dance, and much more too.

Most significantly it’s the gamified user experience that struck me.

Think of most online sales – on Amazon to Zalando – and it essentially a mark-down fest of 20% 30% 40% discounting. Same instore. It’s all price driven.

At Alibaba you play games to win prizes, or in most cases, to unlock the discounts. You play games – in particular searching for black cats and red envelopes, both lucky in Chinese culture, and in them are various levels of discount.

It also helps that most people access the shopping through social platforms, like WeChat, which means that the gamification spreads rapidly between friends, or indeed the games and discounts can be played and shared together.

Not surprisingly, there is a simply psychology at play – if you win a discount, rather than just being offered a multitude of discounts  – you are more likely to use it. The conversion rate is far greater (Alibaba doesn’t release these stats, but says so).

Gamification has more generally become a hugely effective way to engage consumers in all kinds of interactions, from retail to sports, entertainment and education.

As any parent will tell you, turning an activity into a game is a great way to get them to participate in important tasks. Eating food, tidying up, doing homework. Adding a reward makes the game even more effective.

Gamification is now found wherever someone needs to be motivated to perform an action, not least by brand marketers, and in particular those targeting younger generations with mobile-centric experiences.

According to Forbes, 80% of smartphone users play mobile games on their device, and nearly 50% play games every day. Additionally, mobile game apps are used equally by both men and women. While more teens play mobile games than adults, 62% of adults do use these apps.

Today, many of the game mechanics used to engage mobile gamers, such as badges and rewards are now finding their way into non-gaming activities such as education, fitness, banking, and more. Here are seven examples of good gamification marketing programs, and what made them work.

The most common game mechanics are:

Here are some great examples

Nike’s Fuelband was an early fitness tracker, launched about 8 years ago, creating a currency of fitness, “fuel”, which was earned through workouts, and could be shared as achievements, and spent in many ways, including at its online stores.

The fuel concept extended into events, such as parkour racing, gym classes, and home workouts. Sharing your progress bar creates a community around the brand, with users integrating the app into their everyday lives.

While the Fuel Band device was superseded by a new generation of smart watches, most significantly the Apple Watch, the fuel concept was a great early example of gamification.

Coffee shop loyalty programs are not new, but Starbucks took the concept further with their Starbucks Rewards app to become one of the most successful rewards programs ever. The program works on a completion system, where customers earn points towards bigger and bigger prizes whenever they make purchases.

Starbucks attributed most of its 2019 revenue growth of $2.65 billion to the scheme. In 2 years membership has grown more than 25%, loyal customers use Starbucks’ membership program (16 million members) for about 40% of sales at the company’s US stores.  Revenue rose 4.6% to $6.31 billion during the quarter from the previous year. It has also been key in shifting consumers to the online app for purchasing and payment, reducing queue times.

The learning app has changed the way people approach learning a new language for an all-in approach at making learning a language fun. Duolingo realised that learning a whole new language can be a challenging task, so they associated language classes with game-like tasks to help users truly retain information.

Headspace’s meditation app has become widely successful in a frantic, uncertain, anxious world. Access, usage, and tracking your regularity of use are all gamified, for example using the concept of streaks.

Headspace’s app is careful to tap into the areas of meaning, accomplishment, empowerment, social influence, ownership, avoidance, unpredictability and scarcity.

Users are tasked with finding a pretzel hidden within an image full of M&M’s. This straightforward puzzle brought in 25,000 new likes for the company on Facebook and around 6,000 shares.

Such simple “advergames” can be used to increase brand exposure, brand engagement time, or even the frequency of interactions with a brand.

One of my favourites is Pinduoduo, which combines many of the different ideas we have seen on sites from Alibaba to Groupon, Spotify to Uber.  You can read my full case study here.

The applications are everywhere – from encouraging certain types of social behaviours to better working habits. One extreme example is China’s Social Credits model, by which citizens receive points based on good bahaviour, and lose them for less good actions.

Points levels enable citizens to access superior experiences, such as to send their children to better schools, to access better jobs in companies, to receive preferential loan rates from banks, or to go on foreign travel.

Some examples of where gamification is being used at work for business improvement or environmental change: