Did the world get better over the last decade? … 6 reasons to be optimistic about our changing world

In many ways, the world is getting better every day, and at an explosive rate, according to Cato Institute senior fellow Johan Norberg as he described in an article for the Wall Street Journal. This is contrary to mainstream sentiment, where many pundits clamour about democracy falling apart, climate catastrophe threatening our very existence, and capitalism failing us.

Data show the past decade has been a story of human flourishing and progress. Here are 6 facts about human progress that give us reason to be optimistic heading into 2020:

2. More Than Half the World Is Middle Class

This might not shock you at first, but consider that September 2018 was the first time in human history that more than 50 percent of the global population was considered middle class, which amounts to about 3.8 billion people. One huge benefit of this is the demand the middle class places on the global economy, resulting in more entrepreneurial opportunities and increased commerce.

As Norberg also states in his WSJ column,

Global life expectancy increased by more than three years in the past 10 years, mostly thanks to prevention of childhood deaths. According to the U.N., the global mortality rate for children under 5 declined from 5.6% in 2008 to 3.9% in 2018. A longer perspective shows how far we’ve come. Since 1950, Chad has reduced the child mortality rate by 56%, and it’s the worst-performing country in the world. South Korea reduced it by 98%.

Norberg also addresses the question, “Hasn’t this all come at the cost of a despoiled environment?” “No,” he says. “At a certain point developed countries start polluting less.” To make the point, he cites the falling rate of climate-related mortalities.

Death rates from air pollution declined by almost a fifth world-wide and a quarter in China between 2007 and 2017, according to the online publication Our World in Data.

Annual deaths from climate-related disasters declined by one-third between 2000-09 and 2010-15, to 0.35 per 100,000 people, according to the International Database of Disasters—a 95% reduction since the 1960s. That’s not because of fewer disasters, but better capabilities to deal with them. 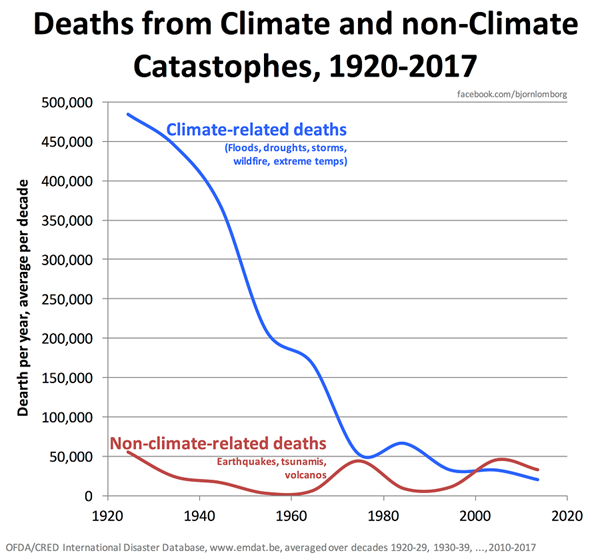 5. Life Is Getting Better in the World’s Poorest Countries

Data from the World Bank show continued progress in the world’s poorest countries, especially in the past two decades. Access to basic drinking water has increased, as has electricity, sanitation, and clean cooking fuel. Data also show decreasing rates of poverty and childhood mortality.

6. The Cost of Starting a Business Has Plummeted in Developing Economies

Burdensome and onerous regulations can prevent individuals from starting their own business, which is one of the best ways to alleviate poverty. Not only is it tricky for the entrepreneur to navigate around excessive red tape, it also ends up costing them more. Thankfully, the cost of starting a business has drastically declined, especially in developing economies. In low- and middle-income economies, the average cost of starting a business was 141.76 percent of income-per-capita in 2004. In 2019, it is now just 30.85 percent. 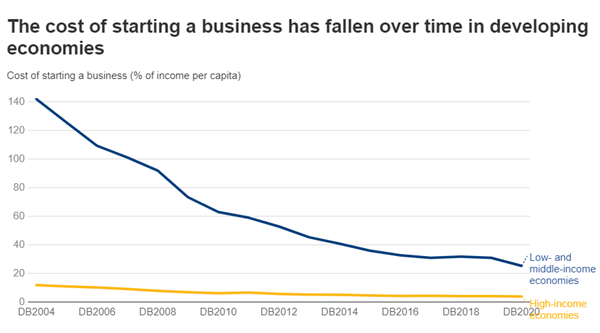 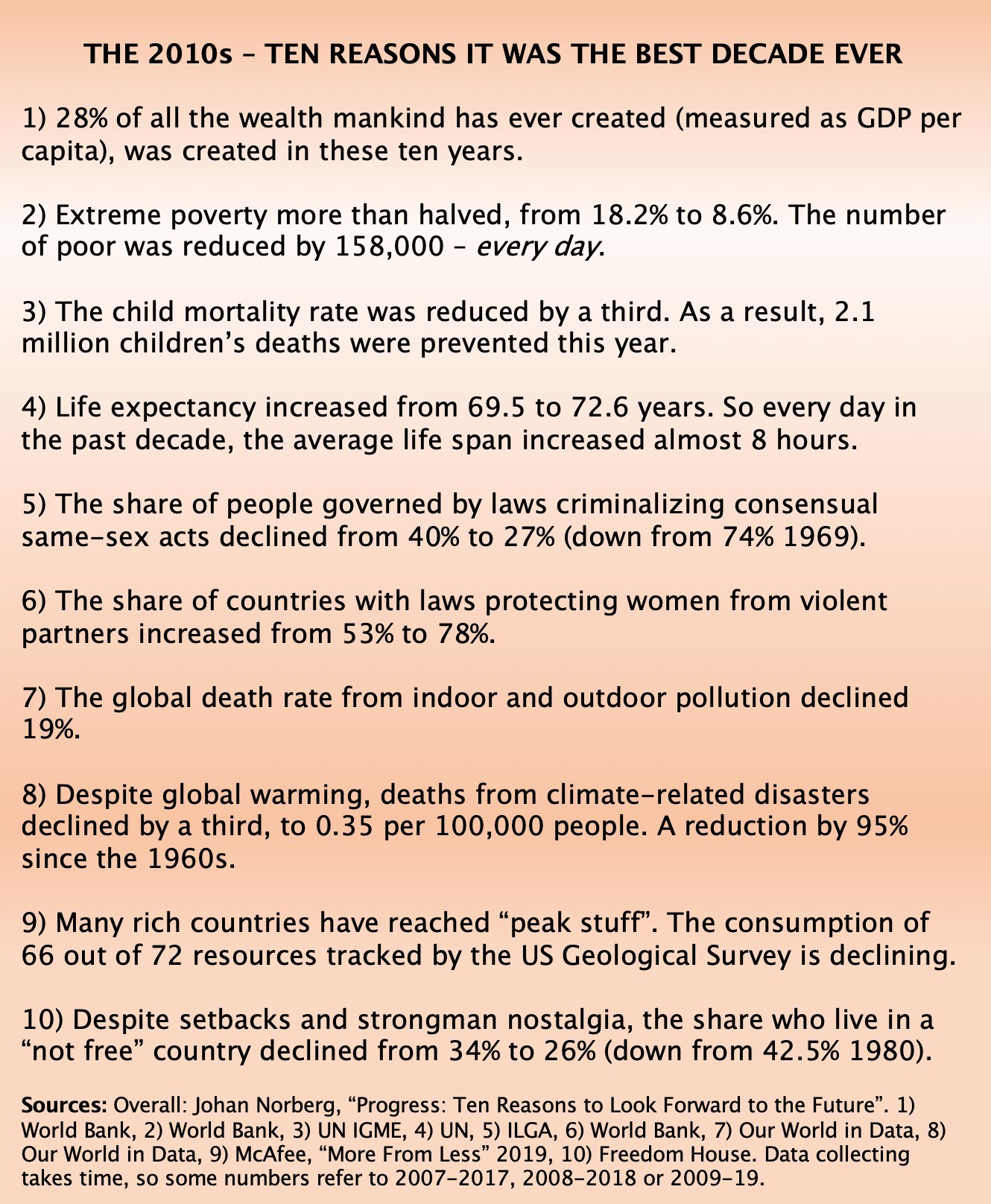