Quantum computing … neuromorphic chips, reengineering computers to work like brains, could revolutionize technology as we know it 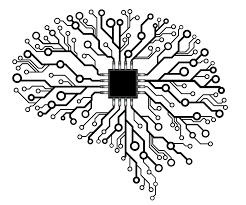 The neuromorphic chip is a silicon chip designed to mimic the form of the human brain.

Neural networks can now be etched into silicon not unlike the billions of neurons and synapses that form our nervous system and brain.

This means software and data no longer have to be processed on different chips, they can be stored and processed on the same chip—saving significant time, energy and space.

In many ways, it is a great example of how our modern world, already powered by software, is about to change in a really big way.

The first generation of AI was rules-based and emulated classical logic to draw reasoned conclusions within a specific, narrowly defined problem domain. It was well suited to monitoring processes and improving efficiency, for example. The second, current generation is largely concerned with sensing and perception, such as using deep-learning networks to analyze the contents of a video frame.

A coming next generation will extend AI into areas that correspond to human cognition, such as interpretation and autonomous adaptation. This is critical to overcoming the so-called “brittleness” of AI solutions based on neural network training and inference, which depend on literal, deterministic views of events that lack context and commonsense understanding. Next-generation AI must be able to address novel situations and abstraction to automate ordinary human activities.