The Department for Dairy Related Scrumptious Affairs … how would you reinvent the world of milk? 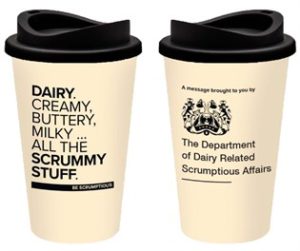 New markets demand new approaches, emerging trends and alternative business models give you the opportunity to innovate everything from product to service, packaging to distribution, customer experience to business models. Imagine milk you consume daily as a tasty pill-sized calcium supplement, paid for by monthly subscription, or as part of your wellness program, and delivered to your desk.

Consider for example “The Department for Dairy Related Scrumptious Affairs”. While individual brands might advertise for butter, yogurt or cheese brands, nobody was talking about an overall dairy brand, apart from the detractors. One campaign identified that most consumers love dairy products, in all their many forms, they just needed reminding of that. The campaign was jointly funded by dairy processors, to reassure and emotionally re-engage younger consumers.

The recent UK campaign was successful in underpinning consumer perceptions of dairy. People exposed to the campaign were significantly more positive about dairy, and the target audience was 12% less likely to claim they would replace their dairy consumption with alternative.

Three dairy companies made the top 10 list of Fast Company’s ‘World’s Most Innovative Companies’ in the food sector for 2018 – Chobani (in third), Eden Creamery (the makers of Halo Top, fifth) and The a2 Milk Company, in ninth place.

Here are some recent examples of milk innovation: 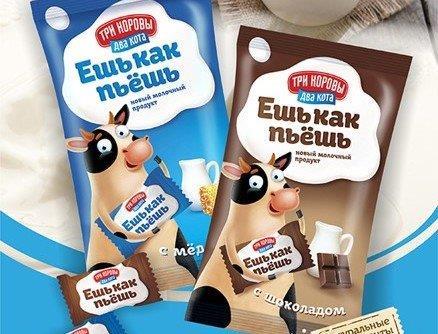 A bottle of milk may not be the most convenient drink to take on the go – think spillages, hot tube journeys, etc. But for consumers who want a tasty fix of calcium on the move, Russian brand Three Cows, Two Cats has the solution. These individually-wrapped, pill-shaped snacks are marketed as a ‘healthy treat that fights calcium deficit’ and come in Plain, Strawberry and Chocolate flavours.

Starbucks and Nestlé introduced Starbucks Creamers, marking this the first time the Starbucks brand has entered the refrigerated creamer category, a growing U.S. category projected to top $7.8 billion by 2023 in the U.S., according to Mintel.  Less than a year from inception to shelf, Starbucks Creamers are the fourth product platform developed since the companies formed a global coffee alliance in August 2018. Since forming their alliance, both companies saw creamers as a growth opportunity and leveraged Nestlé’s more than 50-year expertise in the creamer category and Starbucks nearly 50-year heritage and well-loved coffee house flavors, resulting in the perfect blend of experts to bring Starbucks Creamers to market for consumers. “Nestlé has been a leader in the creamer category since launching Coffee mate in 1961 and we continue to innovate and help drive category growth,” says Daniel Jhung, president of beverage, Nestlé USA. “In our work with Starbucks through our global coffee alliance, we saw the opportunity to introduce Starbucks Creamers as a new way for consumers to enjoy the Starbucks café flavors they know and love from the comforts of their home.” Starbucks Creamers come in three flavors: Caramel, Cinnamon Dolce and White Chocolate. They were inspired by customer-favorite handcrafted beverages served at Starbucks cafés: Caramel Macchiato, Cinnamon Dolce Latte and White Chocolate Mocha. “We know that Starbucks customers are passionate about their coffee and with Starbucks Creamers we are delighted to give them another way to enjoy their favorite Starbucks Experience and flavors at home and outside of our cafes,” says Duncan Moir, president, global channel development at Starbucks. 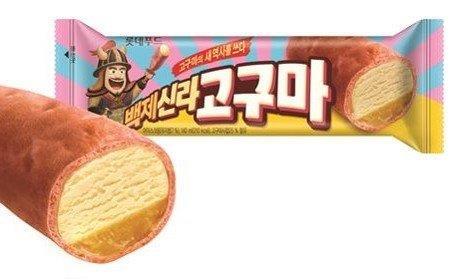 This isn’t the first we’ve heard of vegetables in desserts, but the design of this ice cream is certainly novel. Sweet potato-flavoured ice cream and syrup are encased in a brown wafer that resembles the on-trend veg, while also making for drip-free eating. We’re holding our breath for an avocado variant next.

Shatto Milk Company offers special-release Raspberry Milk. The company produced a total of 10,000 pint bottles that went on sale May 17 through the family’s farm store and Shatto Home Delivery, and on May 20 in all stores that offer Shatto Milk. Each outlet had a limited amount of product, so first come first serve. Shatto Milk Company is a Kansas City family dairy farm that began bottling their own farm fresh milk and offering their very own cheese, butters and ice cream in June 2003. The company has prided itself in offering the freshest and best tasting milk possible, while putting a fun twist on milk by offering fun flavors like Banana, Coffee, Root Beer, Cookies and Cream, and more. 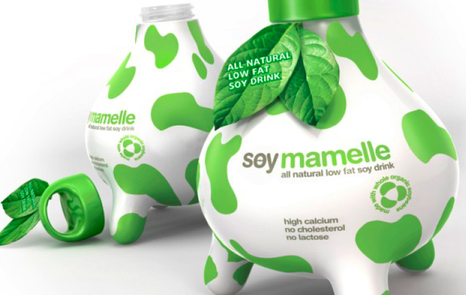 Every vegan is bound to have heard the ‘how do you milk a soya bean?’ joke at some point, and they have most likely responded that no, they don’t have tiny udders. Well, someone should tell Russia’s Soy Mamelle. Design company Kian, which came up with the idea, decided to have the packaging resemble udders to ‘give the idea that milk from a vegetable source is identical to that from a cow’. Unfortunately this conceptual product won’t be hitting shelves any time soon – there’s no doubt it would stand out from the herd. 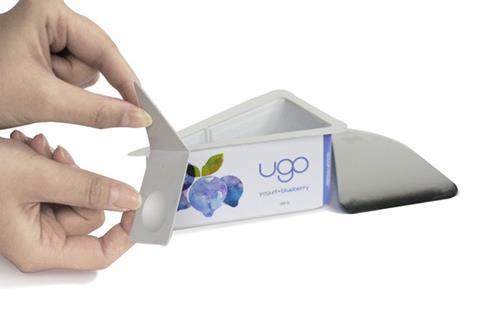 It’s a yoghurt, but it’s also a feat of engineering. Peel back the lid of an Ugo and you’ll also lift out a built-in spoon, which acts as a breakwater between yoghurt and fruit compote before opening. This concept was designed to allow consumers to ‘enjoy yogurt anywhere without worrying about finding a spoon’, which would certainly be a hit with the deskfast generation. 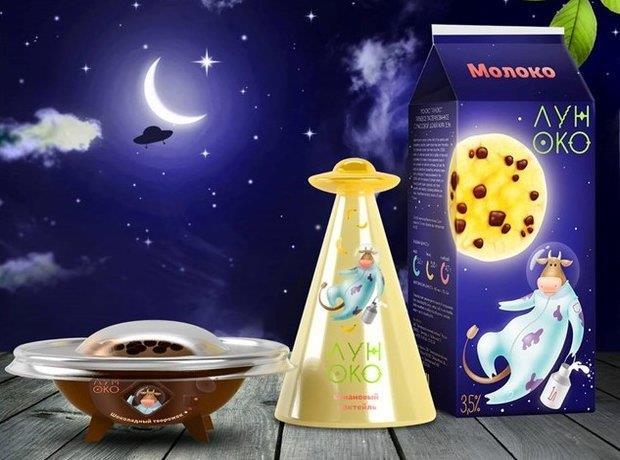 According to myth and legend (and a few fib-telling farmers), aliens just love abducting cows. Since the first bogus sighting in 1897, the image of flying saucers beaming up cattle has become folklore and something of a movie trope. Now it’s hitting dairy aisles in Russia. Lunoko, which translates as ‘moon milk’, has a space-themed range including a banana milk drink, chocolate milk curd in flying saucer-shaped packaging and straight-up MOOncow milk. The latter is taken from ‘lunar cows’, who ‘give their milk the cosmic power of love’, apparently.