Things to come: A timeline of future technology 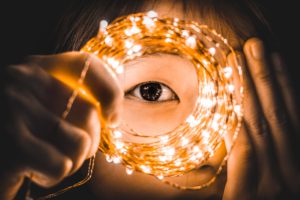 Predicting the future is not easy, but it is fun. It liberates our minds to think beyond current paradigms, to envision new possibilities, and maybe subconsciously leap over many of the practical barriers we see in reality.

However such predictions can be useful for investors and business leaders, since failing to adapt to changing industry paradigms can completely decimate a business venture, turning it into the next Blockbuster or Kodak.

The infographic below from Futurism brings together some of the most interesting predictions about the future, from trusted sources such as Scientific American and The National Academy of Sciences.

The convergence of robotics, artificial intelligence, and increasing levels of automation are future certainties, its just we don’t know what form they will take and when.

Within this decade we will be able to control machines based on eye movements, while ingesting nano-sized robots to repair injuries from within our bodies. The next wave of AI will emerge rapidly: by 2036, predictive AI will be able to predict the near-future with impressive precision. Elections, weather, geopolitical events, and other dynamic systems will be analyzed in real-time using thousands or millions of data streams. Further ahead, human brains and machines will be continue to become closer to interfacing directly, creating all kinds of possibilities.

Energy is set to see rapid innovation, both to clean sources and beyond. The future of battery technology will include carbon-breathing batteries that turn CO2 into generate electricity, as well as diamond-based “nuclear batteries” that run off of nuclear waste. Meanwhile, solar power will be even cheaper as cells operate at near 100% efficiency, and commercial fusion power will be available by 2044. Climate change will also be tackled by interesting techniques, such as geoengineering with calcite aerosols, and carbon sequestration.