Letter from Marc Benioff, Chairman and CEO of Salesforce … “Why businesses are the greatest platforms for change” … inspired by the Red Cross and 4th Industrial Revolution 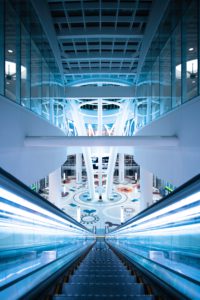 Every day I am reminded that we are living in the most exciting and transformative era in history. In my 35-plus years in the technology industry I’ve never experienced so much innovation, and at such an incredibly rapid pace. Tectonic changes sparked by cloud, social, mobile, data science and Internet of Things technologies are transforming every industry, from transportation and entertainment to shopping and financial services.

In addition, breakthroughs in artificial intelligence, quantum computing, robotics, clean energy, genetic engineering and other fields have the potential to profoundly reshape manufacturing, agriculture, medicine and more. Business leaders everywhere are trying to keep up with this immense wave of digital transformation.

It’s also a time when every business leader needs to consider how these digital technology breakthroughs are going to impact not just their companies, but their communities, the planet and society as a whole. These amazing innovations not only create phenomenal opportunities for economic growth, but also serious societal challenges as well. Vast numbers of jobs will be replaced by machine intelligence and robots. The increasing capabilities of artificial intelligence and genetic engineering have the potential to get beyond the control of their creators.

As a society, we are entering uncharted territory—a new world in which governments, business leaders, the scientific community and citizens need to work together to define the paths that direct these technologies at improving the human condition and minimizing the risks.

As Professor Klaus Schwab, founder and Executive Chairman of the World Economic Forum, states in his new book, The Fourth Industrial Revolution, “Unless public- and private-sector leaders assure citizens that they are executing credible strategies to improve people’s’ lives, social unrest, mass migration, and violent extremism could intensify, thus creating risks for countries at all stages of development.”

It’s my belief that businesses are the greatest platforms for change and can have an enormous impact on improving the state of the world. As business leaders we are in positions of influence, and responsible for more than just shareholders. We are accountable for the well being of an extended community of employees, customers and partners, as well as our fellow beings on this planet we inhabit.

This belief was further solidified for me during a meeting last year in Geneva with Peter Maurer, president of the International Committee of the Red Cross (ICRC). We were discussing the tragic, unprecedented situation of one million migrants seeking refuge in Europe, and how he and the ICRC are dedicated to helping these displaced people. While he was talking, I noticed a picture on the wall of a man who I had never seen before. It was Swiss businessman Jean Henri Dunant, who I subsequently learned had the initial vision for the ICRC and was the first recipient of the Nobel Peace Prize.

Dunant’s vision for the Red Cross grew out his experience witnessing the aftermath of the Battle of Solferino in Italy during the summer of 1859. The French Army under Napoleon III and the Sardinian Army under Victor Emmanuel II had defeated the Austrian Army of Franz Joseph I. There were more than 20,000 warriors on the field dead, dying or wounded. Dunant applied his entrepreneurial and business skills to rally the local townspeople to get the wounded off the battlefield and into a stable situation. He also organized the funding for supplies and building temporary hospitals.

Following his return to Geneva, Dunant was inspired to create an organization dedicated to improving the quality of medical services on the battlefield, which led to the founding of the ICRC in 1863. Today, the ICRC continues its efforts to relieve suffering around the world, with more than 12,000 staff working in 80 countries around the world.

Dunant made a shift that I believe many business leaders want to make—applying his leadership, resources and relationships in a more humanitarian way. Only with compassion and generosity can we address the difficult challenges ahead, from the rising tide of inequality to global warming.

At my company, Salesforce, we baked philanthropy into our business model from day one, leveraging one percent of our technology, people, and resources to help nonprofits around the world achieve their missions. So far, we’ve provided more than $100 million in grants, our employees have logged more than 1.1 million volunteer hours and we’ve given products to more than 27,000 organizations. Following our example, more than 550 companies have signed up for Pledge 1%, committing one percent of their equity, product, and employee time to their communities.

As businesses we can be financially successful, and at the same time we can make the world a better place for everyone. As business leaders, we can collaborate with our customers, employees, partners, communities, governments and institutions to create cultures of trust that put the wellbeing of our people and planet first. We can engage in corporate philanthropy with the same focus and dedication as other business investments. We can rethink our educational systems to train the workforce of tomorrow. We can work together to ensure that this technology revolution serves humanity to its fullest potential and benefits the all citizens, not just a chosen few.

Going forward, business leaders, not just government leaders, will be judged by whether they succeed in directing the wave of exponential technology innovation to making the world a better place. As another Nobel Peace Prize winner, Martin Luther King Jr. said, “Life’s most persistent and urgent question is: What are you doing for others?”